It's Karnataka CM versus the people of state over steel flyover

Not a single bureaucrat or technical consultant employed by the government has been brought to the forefront to defend the project.

A section of the people of Bangalore is content, as the National Green Tribunal (NGT) gave a month-long stay on the proposed controversial steel flyover project (estimated cost of Rs 1,791 crore) in Bangalore aimed at decongesting the Airport Road.

Those opposing the flyover now intend to up their ante by organising a hunger-strike on November 6 to further pressurise the Siddaramaiah-led Congress government, which is adamant about building the six-lane flyover over the next 24 months, into dropping it.

Bangalore is set to witness a unique duel between an elected government and people's movement, something that even Siddaramaiah did not anticipate, when he agreed to implement the project at the behest of Bangalore city development minister KJ George.

It is clear that the Congress government was under the impression that the people's opposition to the flyover would not last long.

But not a single day passes with opponents of the expensive project making their presence felt either on the streets or on the social media.

The latest campaign tag used by the opponents of the flyover makes mockery of the estimate by comparing it to ISRO's Mars Mission: "India's Mars Mission cost Rs 450 crore for a distance of 7800,99,000km." 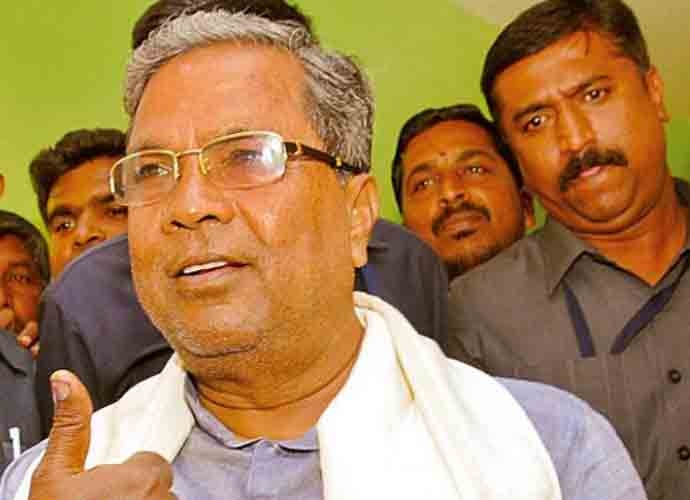 Bangalore's Steel Bridge costs Rs 1,791 crore for 6.72km is the message displayed on placards wherever the protesters stage demonstrations.

The people's movement has not lost fizz and has intensified in the city. The number of people joining the #Flyoverbeda (Don't need steel flyover) hashtag-led campaign is increasing every day, indicating that this fight between the government and the citizens is not a short-lived one.

People of the city, joined by urban experts, architects, transport management experts, are questioning the need for the flyover project, as its utility will not last beyond five years with the vehicular population growing at an astounding rate.

Besides, they contend that the steel architecture will spoil the aesthetics of the city.

More than 800 trees will have to be cut to make way for the flyover, which many believe is hyper-inflated especially when the steel prices have collapsed worldwide.

The Congress government has erred in handling the issue properly, as only political leaders are responding to the technical issues raised by those opposing the flyover.

Not a single bureaucrat or technical consultant employed by the government has been brought to the forefront to defend the project.

In some ways, it is clear that the government is trying to bulldoze the project by alleging that three people with vested interests are supporting the campaign against the steel flyover.

In the wake of acute public criticism, George, who is in a hurry to implement the project, has taken a backseat while Siddaramaiah is championing the cause of the flyover.

As a consequence, now, the government is fighting two different legal issues on the project.

While one NGO has questioned the feasibility of the project before the High Court of Karnataka, another NGO has approached the NGT citing greenery concerns.

The government cannot issue the work order to the project contractors till the issue is resolved in both courts of law.

It might come as a temporary setback for the government, which is determined to go ahead with the project despite strong public resistance.

It is a bit disappointing because neither the government nor the CM has tried to enter into a dialogue with those opposing the flyover.

From the beginning, the attitude of the government towards the opponents of the flyover is that the latter constitutes an elite group and doesn't represent Bangalore in entirety.

But that is a misplaced assumption because those opposing the flyover project range from theatre personalities, to ordinary citizens, including commuters of Metro rail (Namma Metro) who feel that a high speed rail ink or extension of Metro on a priority basis to the airport is the permanent solution to decongest the Airport Road.

Post your comment
#Karnataka, #Hebbal Flyover, #Bangalore, #Siddaramaiah
The views and opinions expressed in this article are those of the authors and do not necessarily reflect the official policy or position of DailyO.in or the India Today Group. The writers are solely responsible for any claims arising out of the contents of this article.