Animals are not vermin, culling the wild is no answer

For a country proud of its ahimsak traditions, it is hypocritical to support the act without addressing the root of the problem.

Two cabinet ministers- Maneka Gandhi who holds the portfolio of women and child development, and known animal rights activist, and environment minister Prakash Javadekar are at war over the latter's ministry of environment, forests and climate change's decision to allow for culling of wild animals.

The distressing VDO of over 200 bulls being shot in en masse has gone viral, and has triggered outrage. Maneka, never known for her diplomacy, has not minced her words as she accused the ministry of a "lust for killing". The solution to the human-wild conflict does not involve going trigger-happy.

This was in response to Javadekar's ministry giving permission to states to shoot the animals they consider "vermin" or pests - as they cause damage to wildlife. In this, they have currently declared wild pigs and nilgai vermin and given permission to shoot these in Bihar and Uttarakhand.

In Himachal, monkeys can now be shot as vermin.

Javadekar's ministry justifies its actions by saying it is within the premises of the law and a response to requests from various states.

Predictably, the focus of the media has largely been the tussle between been the two high profile ministers.

In this, the real issue the ongoing and escalating human-wildlife conflict has been missed, and the fact that the cull of the wild will not lesson, and may indeed, escalate the conflict.

1. The problem human-wildlife conflict is serious - losses by crop depredation run into crores, livelihoods are wiped out. Which is why there is an urgent need for both short and long term strategies to tackle and address the conflict - and it does not involve going trigger-happy.

We are selling the farmers short, if we believe so. Will killing 300 wild pigs (Maharashtra) or 200 bluebulls (Bihar) really resolve the problem? It may bring temporary relief to a few farmers, for some time. 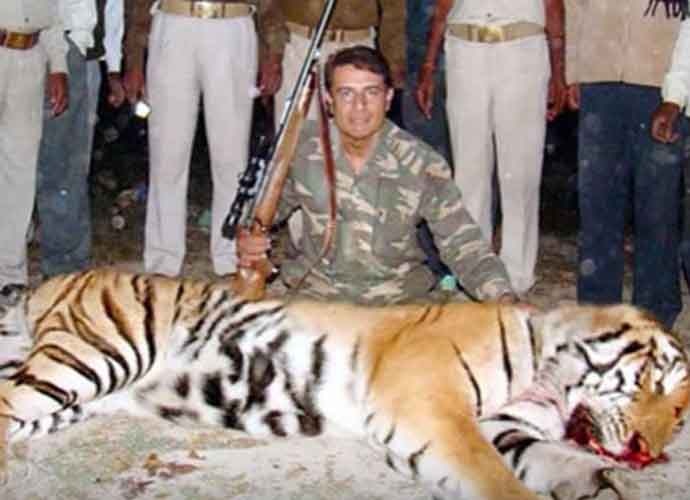 But even if a few animals remain - as they are bound to - they will inevitably reproduce, and without other parallel efforts to mitigate conflict, it will persist.

2. The decision (either of the Centre or the state) is not backed by science,  research, surveys or consultation with researchers, experts, even key stake holders. This goes against the MoEF CC's own  advisory of December 2014.

In fact, the shotgun "solution" can potentially worsen conflict.Wild ungulates make up a significant proportion of the prey base of apex predators like the tiger and leopards-which survive under tremendous stress outside PAs.

Take the example of Maharashtra which shot in the past few months no less than 300 wild pigs in the Chandrapur district, known for its Tadoba Tiger Reserve.

This district has a high density of tigers (more than 40 tigers), including breeding tigresses outside of the Protected Area of Tadoba.

On one hand, the government is doing a camera trapping to monitor tigers, and at the same time, massacring its key natural prey base, en masse, that too during the pinch period, when water is scarce.

This will stress the animals, push them into preying on livestock, thus escalating conflict. Chandrapur district is already a high conflict zone, and has seen fatal attacks on humans as well.

Tigers and leopards were responsible for 78 per cent and 22 per cent of attacks, respectively.

There has been a sustained effort to mitigate the conflict.

It involved understanding the key causes of conflict, dialogue with affected people, increased preparedness, constant monitoring of tigers and voluntary relocation of people from core tiger habitats - and has witnessed a downward trend in human-wildlife conflict.

But with such high density of tigers, it is still a district on edge. Such a mass massacre  of the tiger's key prey, we are inviting serious trouble.

Interesting too, that the district where the first cull was carried out was the constituency of the state's forest minister, and the exercise reeks of being a populist, "pro-farmer move".

3. In India, about 40 per cent of its tigers are outside Protected Areas and reserves - where we are giving orders willy-nilly to shoot its prey species, increasing conflict, and causing the tragic loss of both people, and revenge killings of carnivores.

It is also pertinent to note, if tigers and other large predators have natural prey base, they avoid confrontation with humans and preying on livestock.

Like the case of the tiger who roamed  in dense human dominated landscapes (near Odisha's capital Bhubneswar) for over seven months in 2014-15, yet  evaded any conflict with humans.

There was only a single instance of cattle killing,  otherwise it ate its natural prey  wild pig, the occasional barking deer to sustain itself.

4. There is no effort to address the key issues, or to address the root of the conflict - protecting forests, habitats, corridors. Conflict is the highest, where there is deforestation.

For example, Sonitpur (Assam) district has the highest rate of deforestation in the country - a fourth of the region's evergreen forests have been encroached within the space of a decade.

Consequently, human-elephant conflict is severe here. In 2001, within a span of four months, 19 elephants were poisoned, and approximately 40 people are killed in encounters with elephants each year in Sonitpur and the adjoining Darang districts.

About 135 hectares of forests are diverted, destroyed and cleared everyday in India to infrastructure, industry, mining etc-and this is a gross underestimate, as the analysis took into account only the diversions at the centre, and not at the state level.

Many habitats have become sub-optimum for wildlife, and instead of restoring these, we allow them to degrade, with the ultimate aim to denotify them, pushing animals outside, and into confrontation with humans, In its many reports, the MoEFCC recognises that loss of wildlife corridors and habitats lead to conflict, even as it continues to clear forests, even inside Protected Areas. For animals in degraded, fragmented forests, power-packed crops become their preferred choice of food.

The BJP spokesperson has said that the culling permission have responded to the petition of Members of Parliament, who after all, cannot be ignored, as representatives of the people. Indeed. But this demand has been long standing, and been made over the years.

The environment ministry has earlier always advised states to go by Section 11 of the Wildlife (Protection) Act, which empowers the Chief Wildlife Warden to give permission for hunting of an individual or a group of animals causing damage.

This is what should be exercised, after a studied survey of the situation, identification of problem areas/animals/herds and after all other methods are ruled out. Instead of declaring an entire species vermin and in effect handing out a licence to kill.

This has consequences we don't comprehend. For instance, the British declared wolves  as pests, and their head carried a bounty.

The cheetah were also hunted extensively. We are suffering the consequences today. The wolf is amongst the rarest of the rare today, and the cheetah went extinct in 1947.

The crop depredation by blackbucks, a key prey species for both, is tremondous. So, is the blackbuck, an antelope endemic to India, and also called the "Krishna mrig", for its hue and cultural connect, to be declared a vermin too?

5. The government may claim they have provided for "safeguards". Some notifications ask for video recordings of the carcass and sending them to the forest department, not killing pregnant females and juveniles, and taking permissions prior to each kill.

How will these be followed and who will monitor them? Most forest departments face acute staff shortages-ranging from 30 per cent to an astounding 90 per cent. We do not have the wherewithal to monitor the culling process.

6. Where will we stop? Goa, identified our national bird-the peacock, as a pest as well as the gaur or the Indian bison (a Schedule I species), and Goa's state animal.

There is talk-not authenticated of culling wild elephants - the damage both to life and crops is huge from wild elephants primarily because their habitats and corridors are destroyed, fragmented.

7. The manner in which the killing is done is not unlike trophy hunting. Nawabs, sharp shooters etc are being called in for the hunt.

In Telangana, established shooters who are members of the National Rifle Association of India and a few former members of the "Indians for Guns" forum have been roped in for the cull. Post the event - pictures of the hunters, rifle in hand, with the fallen wildlife (not unlike those of old shikar days), are splashed. What is the message we are trying to send here: that it is macho to kill?

8. Frankly, it smacks of hypocrisy. For a country that is proud of its ahimsak traditions, to wantonly support culling without addressing the root of the problem.

It is also voilative of Section 51A of the Constitution which says it is the fundamental duty of every citizen, to improve the natural environment including forests, lakes, rivers and wildlife, and to have compassion for living creatures.

#Animal welfare, #Wildlife Protection Act
The views and opinions expressed in this article are those of the authors and do not necessarily reflect the official policy or position of DailyO.in or the India Today Group. The writers are solely responsible for any claims arising out of the contents of this article.