Crime in Bihar has nothing to do with liquor prohibition

The available crime data shows all kinds of trends.

Nine months after Bihar imposed complete liquor ban it is still making news. Recently, for  PM Modi praising Nitish Kumar for his "campaign against liquor", and also for reports claiming that crime in Bihar has actually gone up by 13 per cent post prohibition. Such analysis are smart piece of work considering the Bihar CM himself bragged about crime in the state going down by 27 per cent between April 2016 and 2015.

The interesting part about both of these analyses is that both are correct. Post prohibition, crime in Bihar has gone up, and also gone down. The conclusion you draw would be entirely based on which set of data you look at, and how you analyse it.

Has the crime gone down? 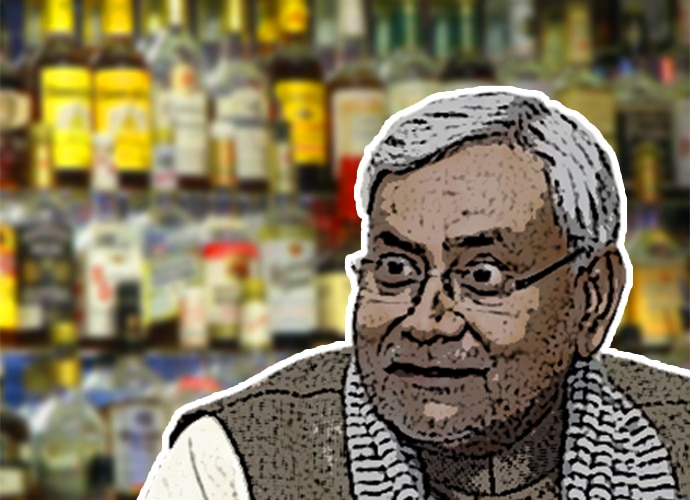 Has the crime gone up?

Murder, dacoity and various other crimes too have seen a spike between April and October. But, this too is selective data and such trends can be seen for other years too. For example: In 2014, Cognizable crimes in Bihar increased from 13,154 in April to 16,277 in Oct, which is an increase of 24 per cent, without a liquor ban.

In fact, a comparison of total cognizable cases registered between April 2016 and Oct 2016 with cases registered in the same duration a year before shows that crime has actually fallen by about eight per cent. All these analyses are based on reported cases which do not present the complete picture.

Does liquor have anything to do with crime at all?

When it comes to drawing a connection between liquor prohibition and crime, the available crime data shows all kinds of trends: According to NCRB 2015 data, Kerala, where liquor ban was introduced in August 2014, has the highest crime rate among Indian states. Gujarat, where liquor ban has been in place since 1960s, has a crime rate higher than many states with no liquor ban. This only means that there is no trend at all.

#Crime rate, #Prohibition, #Bihar, #Nitish Kumar
The views and opinions expressed in this article are those of the authors and do not necessarily reflect the official policy or position of DailyO.in or the India Today Group. The writers are solely responsible for any claims arising out of the contents of this article.