Known as a person who takes action, Bihar Chief Minister Nitish Kumar on Monday removed Principal Health Secretary, Udai Singh Kumawat after the IAS officer failed to increase the testing rate as instructed by the CM. The decision came just when the State Health Department seemed struggling to keep pace with the Covid-19 crisis. 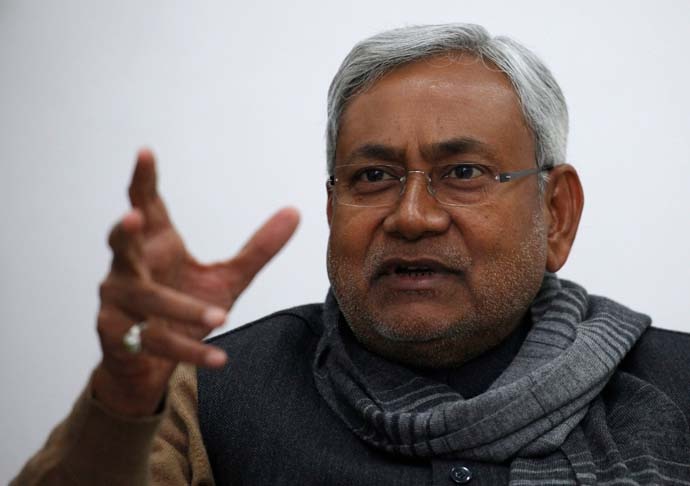 The message is loud and clear — Chief Minister Nitish Kumar will not spare anyone found ignoring their obligations. (Photo: Reuters)

Lauding Kumar’s meaningful intervention, a top IAS officer told Mail Today that the CM’s decision will bring energy back into the efforts of the State Health Department, which had failed to get its act together even after a visit from a Central team last week. “The CM is unwilling to tolerate underperformance in the times of Covid,” said the officer. Earlier, on Saturday, the CM had reportedly taken Kumawat to task with pointed questions like if Delhi can conduct 38,000 tests every day, why can’t Bihar? That was the same Saturday when the state Cabinet chaired by Kumar issued dismissal orders of eight government doctors, who had gone on unauthorised leave from their postings for years.

The message is loud and clear — Chief Minister Nitish Kumar will not spare anyone found ignoring their obligations. “When you examine Chief Minister Nitish Kumar’s role, you will find how he has outlined a clear, serious and pre-emptive plan for the government dealing with the Coronavirus. Please remember, unlike many other states, Bihar doesn’t only have a medical problem, our state also has a humanitarian crisis as millions of residents returned to Bihar, having lost their jobs in other States. The Chief Minister has offered the vulnerable population a livelihood support programme with clarity, empathy and, most important, specifics. Clearly, when the CM is working so hard in the high-stake environment, those in the government or administration will have to match his pace,” said Bihar information and Public Relations (IPR) Minister Neeraj Kumar.

Incidentally, Kumar has also brought in Pratyaya Amrit, a 1991 batch IAS officer, as the new Principal Health Secretary with a clear goal to improve treatment facilities, arrest the virus spread and increase testing. “The Chief Minister’s swift action has conveyed a clear message and given people of Bihar the reassurance they need. It is clear that the Chief Minister will not let bureaucrats or anyone slow down the State’s response in the fight against Covid-19. From assiduous and tireless monitoring of Bihar’s response against the Covid-19 pandemic to being compassionate towards the vulnerable and unsparing for the duty evaders— the Chief Minister’s actions have offered valuable insights into how closely he has been driving the governance process in the time of crisis,” said the IPR Minister.

Post your comment
#Covid-19, #Pratyaya amrit, #Udai singh kumawat, #Bihar health secretary
The views and opinions expressed in this article are those of the authors and do not necessarily reflect the official policy or position of DailyO.in or the India Today Group. The writers are solely responsible for any claims arising out of the contents of this article.