Recent detention of Kuni Sikaka, the 20-year-old NSS activist, is an attempt to deny the Dongria tribe their very right to exist.

We need to transcend this bias and start seeing social movements as a process of creative dialogue in terms of strengthening our democratic values. Social movements in many ways open up the Pandora's Box of possibilities, from which human society evolves in many dimensions.

In that sense, one strongly feels that crushing social movements or dissenting imagination is a sign of degrading democratic values.

I see the recent detention and forceful surrender of Kuni Sikaka, the 20-year-old Niyamgiri Suraksha Samiti (NSS) activist, as an attempt by the present Modi regime to deny the Dongria tribe their very right to exist.

Because to a certain extent, the present developmental regime does not seem to accept any form of dissent or diversity in terms of thought, culture, lifestyle and citizenship.

The branding of NSS as a Maoist-guided organisation without any legal evidence in the recent annual report of the home ministry is nothing but to say “accept mining or we will brand you a Maoist”. Sometimes, one wonders, how life-threatening these policy documents are which prescribe pre-set rules of engagement between democracy and citizenship.

The Niyamgiri movement, primarily led by NSS activists who belong to the Dongria tribe, has been a sincere and organic movement that has challenged the official narratives of development, justice and sustainability over the last 15 years.

There are only fewer movements in the country today which are as democratic, peaceful and espistemological as the Niyamgiri movement. In fact, the movement has been one of the most successful movements which has sustained ecological knowledge over the mainstream’s factory-oriented knowledge.

India’s first environmental referendum is testimony to that. It is movements like these which are led by the community themselves that teach us what democracy means. In fact, this reminds me of a conversation between Jaipal Singh Munda and Jawaharlal Nehru during the Constituent Assembly debates, where Munda rises in the Assembly to speak for the first time and he says as part of his speech: “You cannot teach democracy to the tribal people, you have to learn democratic ways from them. They are the most democratic people on earth”. 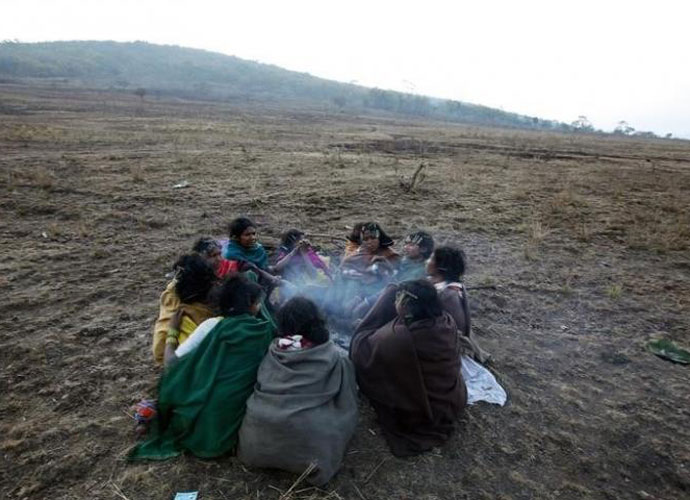 Why is there impunity for police officers like Subramani who are violating constitutional human rights? Photo: Reuters

It is in that sense one understands that the Niyamgiri movement has not only taught us to act democratically, but also to think democratically. In fact, it seems to me that when organic movements like these are charged with false allegations by governments, we are confronting a different situation, where the broader policy of the BJP seems to be of a “dissent-mukt Bharat”.

It is as if in a dissent-mukt Bharat, it is a crime to be democratic. In order to be an ideal citizen in BJP’s dissent-mukt Bharat, you have to be like them or else they will brand you a Maoist. No wonder, India as a nation is slowly becoming majoritarian and a third-grade democracy.

Aruna Roy, one of India’s leading senior activists, put it brilliantly at a public conference at Budapest recently by saying “when dissent becomes difficult, democracy is sick”. I think this is becoming increasingly true when the government confronts movements like that of Niyamgiri.

Such a situation is not only dangerous but also unconstitutional. The recent detention of Kuni Sikaka from Garota village on May 1 at 1 am, and threatening her to forcefully accept and surrender as a Maoist is a sign of an elected government involved in unconstitutional activity.

It seems clear from the statement of Kuni herself, which has been released as part of the recent fact-finding team’s visit to Niyamgiri.

Kuni, the brave women activist, as part of the statement, says: “The police SP of Rayagada threatened me and was forcefully asking me to surrender; otherwise he said he would put me in jail for 12 to 15 years. The SP further said 'if you accept being a Maoist, we will leave you'."

If custodial confession has no legal ground since it is presumed to be coerced, why did the SP of Rayagada K Siva Subramani indulge in such unlawful activity? Under whose nexus are these operations being carried out? Is Vedanta a party to this nexus? Why is there such impunity for police officers like Subramani who are violating constitutional human rights?

Are we seeing the emergence of a situation like Bastar in Niyamgiri? Is Subramani the new Kalluri of Niyamgiri? These are some of the questions that arise and need a closer look and understanding in order to protect Niyamgiri as the future struggle for sustaining democracy.

In fact, it is not the only case in which the police department has violated constitutional norms; there are several other cases of coercion, forced surrender and torture, including that of Dasru Kadraka, Lado Sikaka and a juvenile boy from Sakata village.

This piece is an appeal for action to be taken against the unconstitutional involvement of the state and central government in coercing and torturing the community members of NSS as Maoists.

Also read: Niyamgiri adivasis' victory against Vedanta is a landmark for land rights in India

#Maoist, #Democracy, #Niyamgiri
The views and opinions expressed in this article are those of the authors and do not necessarily reflect the official policy or position of DailyO.in or the India Today Group. The writers are solely responsible for any claims arising out of the contents of this article.

The writer is a social science mimic and an alumnus of Kalinga Institute of Industrial Technology, Odisha.