What will happen if India-Pakistan break into a nuclear war

Pakistani army's advocacy of Indian disinclination to retaliate massively indicates a flawed analysis or is just a bluff.

They have been particularly vocal in holding out the threat of employment of tactical nuclear warheads (TNWs) against Indian forces. For almost three decades, India has shown immense strategic restraint despite grave provocation from Pakistan.

However, first in Pathankot in January 2016 and then in Uri in September 2016, India’s red lines were crossed and the government was left with no option but to include calibrated military measures in its response.

Pakistan’s "first use" doctrine, quest for full spectrum deterrence, the development of TNWs as weapons of warfighting, the army’s control over nuclear decision-making and the risk that nuclear weapons may fall into jihadi hands, are all causes of instability. Hence, overall, the state of relations between the two countries may be described as "ugly stability", a term coined by Ashley Tellis.

The conventional wisdom in India is that there is space for limited war below the nuclear threshold. Though Indian military retaliation to a major terrorist strike would be carefully calibrated to avoid threatening Pakistan’s nuclear red lines, under certain circumstances the exchanges could escalate to a war in the plains.

For example, Pakistan may launch pre-emptive offensive operations across the international boundary (IB), forcing India to launch counter-offensive operations to destroy Pakistan’s war-waging machinery and simultaneously capture a limited amount of territory as a bargaining counter.

The Pakistan army seeks to convince India that it has a low nuclear threshold and that its nuclear red lines are fairly close to the IB and threatens to use TNWs on its own soil to contest Indian offensive operations.

Pakistani analysts believe no Indian Prime Minister will authorise massive retaliation with nuclear weapons in such a contingency. Such a belief would tend to lower the threshold of use of nuclear warheads, but does not address the issue of the consequences that Pakistan will suffer if the Indian PM, heading the Political Council of the Nuclear Command Authority (NCA), actually approves massive retaliation. Deterrence is ultimately a mind game.

Efficacy of TNWs as weapons of warfighting

Simple calculations on the efficacy of TNWs against mechanised forces combat group (roughly comprising an armoured regiment and a company of mechanised infantry) advancing in desert or semi-desert terrain are revealing.

The combat group (60 armoured fighting vehicles, AFVs) would normally advance with two combat teams forward over a frontage of 10-12km and depth of 8-10km.

If a nuclear warhead of 8-10kt is detonated over this combat group (low air burst explosion, with ground zero close to the centre), the initial casualties would be in the range of 20-30 personnel killed or wounded and 10-12 AFVs destroyed or damaged.

While the leading combat group would need to regroup - that is, undertake casualty evacuation, repair and recovery and decontamination, the reserve combat group of the combat command/armoured brigade could resume the advance in six to eight hours.

The template used for working out the casualty figures given above is United States Field Manual FM 3-3-1. Also, the Hatf-9 warhead is likely to be of a much lower yield than 8-10kt and would, consequently, cause even lesser damage. 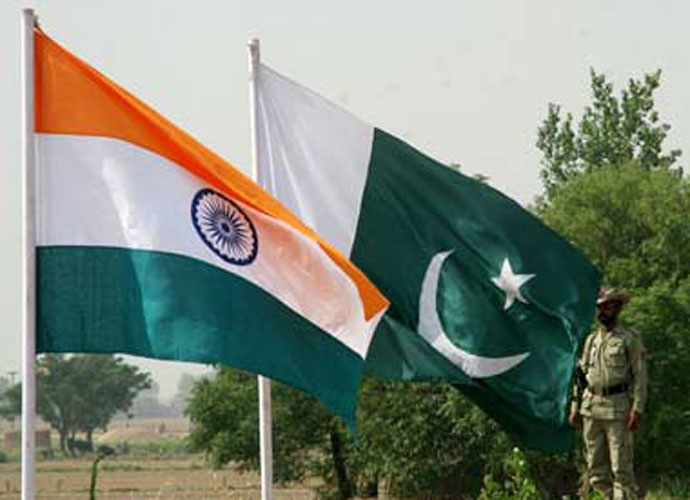 The conventional wisdom in India is that there is space for limited war below the nuclear threshold. (Photo credit: India Today)

If an Indian bridge head across a water obstacle is hit, the casualties would be a hundred times greater, but in a bridge head the adversary’s troops would be in contact with Indian troops and, hence, a bridge head is a much less likely target.

By employing TNWs against Indian forces, the Pakistan army would have broken the nuclear taboo without achieving anything substantive by way of influencing the course of an ongoing military operation.

In the process, it would risk the destruction of major Pakistani cities, should India choose to retaliate massively. The leadership of the Pakistan army must have done these calculations.

Therefore, their advocacy of Indian disinclination to retaliate massively in response to their use of TNWs on their own soil indicates either a flawed analysis, or is nothing but a bluff - a bluff that the Indian armed forces would be inclined to call.

During a crisis, if deterrence breaks down, the essence of nuclear strategy would lie in minimising civilian and military casualties and material damage and preventing escalation, while ensuring the survival of the state.

If Pakistan detonates TNWs on Indian forces on its own soil, the major options available to India are the following:

Option A: Massive retaliation to inflict unacceptable damage and cripple Pakistan as a functional nation state.

Option B: A quid pro quo or quid pro quo plus response ("flexible response"), in order to minimise the probability of further nuclear exchanges and keep the level of casualties and destruction as low as possible.

Option C: Refrain from retaliating with nuclear weapons, but warn Pakistan of dire consequences if any more nuclear strikes are launched. This option is the least likely to be adopted.

If deterrence ever breaks down, publicly declared doctrine will become irrelevant. The Political Council of the NCA will decide how to retaliate based on the advice given by the Executive Council, of which the three services chiefs are members.

The method and mode of retaliation will be based on the prevailing operational-strategic situation and the likely reactions, especially the probability of further nuclear exchanges, and the reactions of the international community - the threats held out, the appeals made and the course of discussions held in the UN Security Council.

From India’s point of view, massive retaliation (Option A) is the most suitable option for deterrence as anything else will run the risk of lowering the nuclear threshold and encourage the Pakistan army to continue to bank on the early use of TNWs to counter operational reverses.

Flexible response (Option B) would run the risk of continuing and repeated nuclear strikes. Also, breaking the nuclear taboo would be considered unacceptable by the international community.

India’s nuclear doctrine premised on "credible minimum deterrence" and posture of "no first use" has stood the test of time and no major change is necessary.

India’s declaratory strategy of "massive retaliation" to a nuclear first strike is "designed to inflict unacceptable damage" and would work well even in a contingency where Pakistani planners may consider using TNWs against Indian forces on Pakistani soil as they cannot possibly risk the destruction of their country.

However, the credibility of massive retaliation needs to be enhanced through a carefully formulated signalling plan that is designed to showcase the technological proficiency and operational preparedness of India’s nuclear forces and the firmness of its political will.

As TNWs are extremely destabilising, Indian diplomacy should ensure that international pressure forces Pakistan to eliminate TNWs from its nuclear arsenal.

Also read: How to survive a nuclear attack

#India-Pakistan war, #Nuclear Threat
The views and opinions expressed in this article are those of the authors and do not necessarily reflect the official policy or position of DailyO.in or the India Today Group. The writers are solely responsible for any claims arising out of the contents of this article.