The Congress has a long and inglorious history of toppling democratic state governments. Alongside, Narendra Modi and Amit Shah should also think of the repercussions of making similar moves.

The ongoing drama in Karnataka’s capital Bengaluru appears sordid because concerted attempts are being made to unseat a democratically elected government.

While the leadership of the ruling combine — the Janata Dal (Secular) and the Congress — has much to answer for over its apparent inability to keep its flock together, Prime Minister Narendra Modi, BJP president Amit Shah and party leader BS Yeddyurappa need to tread with caution.

With Lok Sabha polls barely three months away, if the attempts to topple the incumbent government fail, it will reflect poorly on the Narendra Modi-led BJP regime.

The stakes for former chief minister Yeddyurappa, who seems to be itching to take one last shot at power, are even higher. Former chief minister Yeddyurappa is making a desperate bid to come back to power. (Source: PTI)

There are strong compulsions for the Modi-Shah duo to participate in Yeddyurappa’s risky game — at stake are 28 Lok Sabha seats and the installation of a BJP government in Karnataka is crucial for the party to stay in contention for at least 17-odd seats.

The BJP’s chances of retaining the 2014 Lok Sabha tally are bleak in the light of the gathbandhan stitched between the Samajwadi Party (SP) and Bahujan Samaj Party (BSP) in Uttar Pradesh. Its desperation in Karnataka is thus understandable.

The Congress and JD(S) are crying foul, alleging misuse of central agencies, muscle and money power — but the Congress’ own track record of toppling elected state governments is dismal and hence, the party playing the victim card now seems insincere.

When Indira Gandhi became Congress president for a year in 1959, the development came as a surprise to many in the party. People saw the move as an attempt by the former PM and Indira’s father, Jawaharlal Nehru, to push his daughter to the coveted post.

A large section of the Congress, however, was of the view that Indira was brought in for a ‘hit job’ — one that Nehru was uncomfortable doing himself.

The Nehru cabinet had dismissed EMS Namboodiripad's first democratically elected Left government in Kerala, despite it enjoying a majority in the Legislative Assembly, by misusing the office of then-governor Burgula Ramakrishna Rao, claiming it was done on his recommendation. 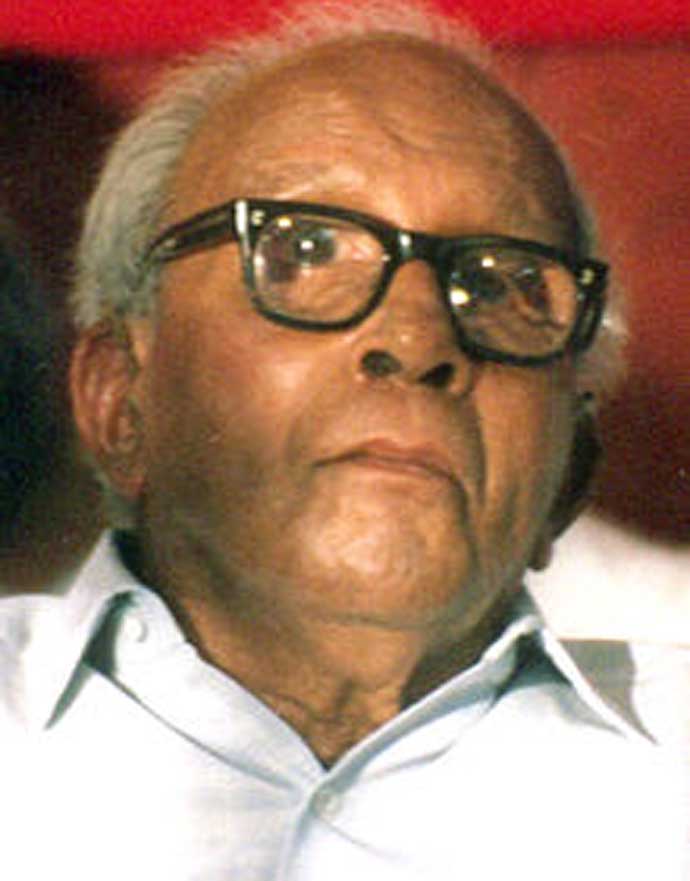 The governor acted against the spirit of authority vested in him under Article 356 of the Indian Constitution but the political buzz was that Indira was instrumental in getting governor Rao to ‘recommend’ such a move.

In fact, throughout Indira’s two subsequent innings as Prime Minister — 1966-77 and 1980-84 — many non-Congress state governments were toppled.

The first United Front government, comprising Jyoti Basu's CPI(M), the CPI and the Bangla Congress was formed in March 1967 — but was dismissed within eight months.

The dismissal was executed in controversial circumstances by then-governor Dharma Vira, whose appointment as state governor had been opposed by the Left. In November 1967, Vira rejected Basu’s majority claim without allowing a show of strength, leading to an imposition of President's Rule.

In Tamil Nadu, M Karunanidhi's government was dismissed on January 31, 1976 by the Indira regime after the DMK leader openly challenged the imposition of Emergency in 1975.

When Indira returned to power in 1980, the then-Haryana chief minister Bhajan Lal led his entire Janata Party ministry to defect to the Congress, a mass crossover that has remained unmatched so far. The Congress stands accused of dismissing many governments, in complete subversion of the spirit of democracy. (Source: India Today)

Always looking for greener pastures, Bhajan Lal had deserted Indira in 1977, opting for the Congress for Democracy (CFD) led by Indira’s detractor Jagjivan Ram. Lal then hopped to the Janata Party that took power at the Centre and in Haryana, but once Indira Gandhi returned to power in January 1980, Bhajan Lal, fearing that his Janata Party government would be sacked by her, promptly embraced the Congress along with his entire ministry. On January 22, 1980, it was quite a sight to see Lal and his entire cabinet bowing before Indira.

During the Rajiv Gandhi era, several governments, from Kashmir to Karnataka, were toppled.

Rajiv’s Home Minister Buta Singh used to function as a virtual No. 2 in the government, upstaging two senior ministers, PV Narasimha Rao and P Shiv Shankar. He had more access to Rajiv than any other minister. Buta loved his reputation as Rajiv’s ‘axe man’.

Between 1985 and 1989, he toppled so many state governments as the Union home minister that Rajiv reportedly told him in jest, “Buta Singhji, ab aap kirpan andar rakhiye" (Buta Singhji, now please insert you kirpan into the sheath). 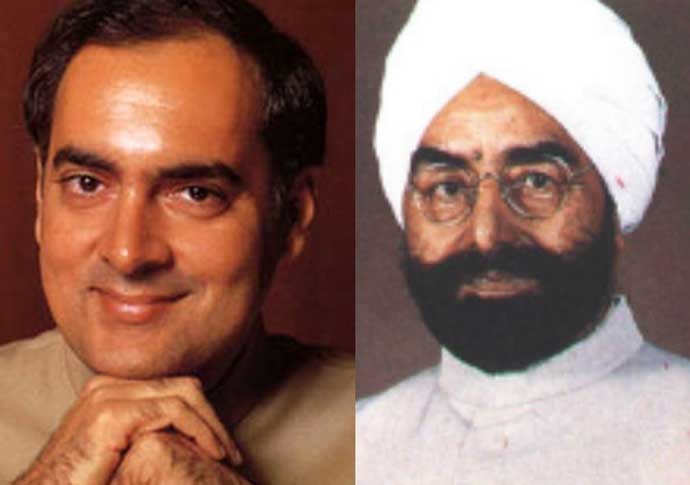 Buta had to eat crow when, as governor of Bihar in 2005, he dissolved the Bihar Assembly at the apparent behest of the Manmohan Singh-led UPA government.

The Supreme Court in January 2006 declared the dissolution as null and void and held that the governor’s report could not be taken at face value and must be verified by the council of ministers before being used as the basis for imposing President’s Rule.

The “drastic and extreme action under Article 356” cannot be justified on the whims and fancies of the governor and the council of ministers should not accept it as “gospel truth”, the apex court had observed.

In his memoirs, former President APJ Kalam wrote that he had decided to resign in the wake of the adverse SC remarks but he was persuaded by former Prime Minister Manmohan Singh. The scene of this meeting with Manmohan was apparently so “touching” that the former President “did not want to describe it”.

In October 2005, Kalam told Manmohan that he would step down following the Supreme Court’s adverse verdict. “As soon as the verdict was known, I wrote a letter of resignation, signed it and kept it ready to be sent to the Vice-President, Bhairon Singh Shekhawat,” Kalam wrote in his memoir, Turning Points: A Journey Through Challenges, published after he ceased to be the President.

“The Vice-President was away. Meanwhile, the Prime Minister came to see me for some other discussion. I said I have decided to resign and showed him the letter. The scene was touching and I do not want to describe it. The Prime Minister pleaded that I should not do it at this difficult time. He said that as a result of the furore that would be created, even the government may fall,” Kalam wrote.

Kalam said the following 24 hours were extremely difficult for him.

“Conscience is the light of the soul that burns within the chambers of the heart. That night I could not sleep. I was asking myself whether my conscience is important or the nation more important. The next day, I did my early morning namaz as usual. Then I took the decision to withdraw my decision to resign and not to disturb the government.”

In the past, Rajiv was instrumental in dismissing the M Karunanidhi government in Tamil Nadu after reports by then-Intelligence Bureau chief MK Narayanan ‘suggested’ heightened The Liberation Tigers of Tamil Eelam (LTTE) activities in the state in 1991. The minority Chandra Shekhar government at the Centre, heavily dependent on the Congress for survival, pulled the plug on the Tamil Nadu government.

With such a dubious legacy and track record, many think Congress has more reason to introspect than cry foul at a time an attempt is being made to topple a democratically elected government.

Prime Minister Narendra Modi and Amit Shah should also keep in mind the repercussions of embarking upon such an adventurist and undemocratic path.

Also read: Operation Lotus redux: Why BJP is so desperate to regain Karnataka

#Horse-Trading, #Buta singh, #Karnataka, #Operation lotus
The views and opinions expressed in this article are those of the authors and do not necessarily reflect the official policy or position of DailyO.in or the India Today Group. The writers are solely responsible for any claims arising out of the contents of this article.