Is India prepared to wage a covert war on Pakistan?

Islamabad is so smug because it knows that our military options are limited.

Now that the controversy over the surgical strikes on what we call “terror launching pads” is winding down, some things seem clear.

First of all, the strikes did occur. It is foolish for India’s politicians to raise questions about the authenticity of the strikes. The intention is to attack the BJP government, but what the opposition ends up doing instead is accusing the Army of lying. 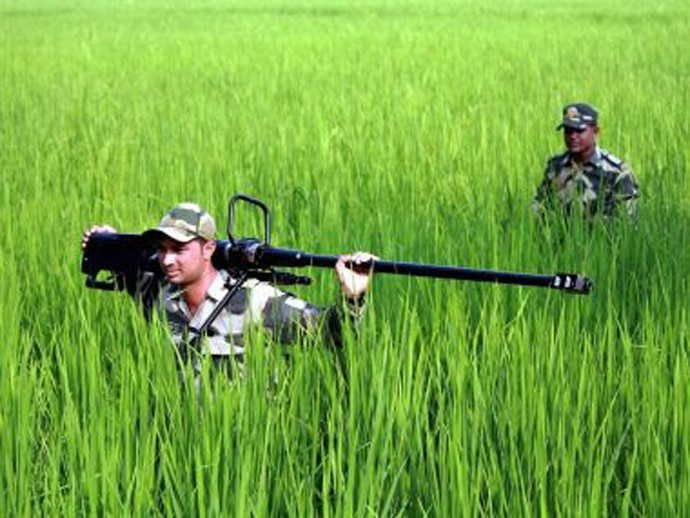 We have to go deeper. We have to attack actual terror camps (which are not so conveniently located near the border). Photo credit: PTI

It is nobody’s case that individuals in the Army do not lie, cheat, embezzle, engage in human rights violations, et al. But a distinction must be made between rotten elements within the force and the Army as a whole.

If the DGMO makes a statement with the full backing of the chief, then we are obliged to take his word. To say, as some left-liberals have, that “the Army has covered up human rights abuses in Manipur so it should never be trusted again," is plain idiotic.

If India is ever to mount an effective defence, then the institution of the Army must be trusted when it speaks with one voice during a conflict. It is insulting to the Indian Army to draw parallels with the Pakistan Army (“if you want to trust the Army, go live in Pakistan”) as, bizarrely enough, some critics are now doing. There is nothing in the record of the Army as a whole that suggests that it is willing to lie to advance the interests of any political establishment.

But, once we accept that the strikes did occur, we are left with another set of questions. Did our troops cross the LoC? Or did we just shell the Pakistani “launch pads” from our side of the border? (This is an important distinction because we could have blown up the safe houses and killed terrorists without having to cross the LoC.) The Pakistanis say that this is what we did. We insist that ground forces were deployed but there is no clarity on how far inside PoK they went. Some estimates say a few hundred yards. The more generous ones say two or three kilometres.

A three-kilometre incursion is not to be scoffed at, but it is hardly the raid on terror camps deep inside Pakistan that public opinion was demanding. This may explain some of the reluctance to provide more details.

The government’s own version is that terrorists stop over at safe houses/staging points on their way on India. We attacked some of these safe houses and killed some militants. This is impressive. But it is like stamping on a line of ants while leaving the ant hill untouched.

So, have we done this before?

Well, that rather depends on how you define “this". If you say we crossed a kilometre or so into PoK and attacked Pakistani posts, then most people in the Army will tell you that that such an operation is not entirely without precedent.

It is on this basis that various members of the UPA are claiming that the Manmohan Singh government did much the same sort of thing.

There are two problems with the UPA position. First of all, who authorised these operations and when? I’ve spoken to officials in the security establishment and senior ministers in the UPA and they all say things like, “Well, if Mr Chidambaram is saying it, then it must be true." Nobody – not one person who was involved in security matters – is willing to admit it happened on his or her watch.

Generals say that yes, there were operations that required troops to carry out hot pursuit and cross the LoC but these were local decisions. These were not part of any grand UPA strategy.

And there’s the big question: if the UPA had a policy of striking at terror camps across the border, then why was it so pathetically silent in the aftermath of 26/11?

A mythology is now sought to be created that P Chidambaram (who was finance minister when 26/11 happenned) and Manmohan Singh wanted to strike back. But not one person I have spoken to remembers the PM showing any inclination to use a military option. Anyway the Congress was busy sacking people (the home minister, the chief minister of Maharashtra, et al) and Manmohan Singh was scurrying around trying to save the job of his NSA, MK Narayanan (who was later sacked a few months later when the pressure from Sonia Gandhi got too much for Manmohan Singh).

So ask yourself this: if the UPA was so experienced in conducting cross-border operations then why, at the time of our greatest humiliation, did Manmohan Singh do nothing?

What all of this suggests is that the Modi government has broken with precedent in launching well-publicised surgical strikes across the LoC. The idea is to tell Pakistan that if its forces cannot stop terrorists from coming across the border, then India will take direct action.

But this leads to more questions. Why was our strike so limited and shallow in scale? (The DGMO’s statements have carefully avoided claiming  that our troops crossed deep beyond the Line of Control.)

One view is that this was meant as a warning and that Pakistan should recognise that worse would follow. The other is that the intention was to avoid a high intensity strike so that Pakistan would not have to retaliate. And the third is that the primary purpose of the strikes was to assuage domestic opinion.

Perhaps there is an element of truth in all three views. But they provide no indication of how things will play out in the months ahead. Obviously, there will be more terror attacks. Neither the terror groups nor the Pakistani army will take our strikes lying down. They will retaliate.

What do we do then? Now that we have told our people that no strike will go unpunished, can any government not afford to respond with force?

Moreover, this retaliation cannot be confined to shallow strikes across the border. The Pakistanis will laugh them off. We have to go deeper. We have to attack actual terror camps (which are not so conveniently located near the border).

Obviously this will provoke retaliation and therefore escalation.

We need to remember that Pakistan has never really declared war on India. In 1965, it sent across irregulars to Kashmir before our Army  had to retaliate. In 1971, India provoked the war to liberate Bangladesh. During Kargil, Pakistan claimed that the mujahideen - and not its Army - had occupied the Indian Army’s posts.

The Pakistani way is to use mujahideen, jihadis and terrorists. It is a low-cost strategy that has bled India and kept us on the defensive for decades.

So how are we to respond? The moment we launch a full-scale military offensive, the world will intervene, citing fears of a nuclear holocaust. Pakistan is so smug because it knows that our military options are limited.

The only appropriate response from India therefore is to wage covert war on Pakistan. For the ten years of the UPA, the government discussed this option but did nothing. Now, Narendra Modi appears to have the political will to okay covert operations.

The focus on Balochistan - and here I am guessing - will allow R&AW to activate assets and networks cultivated over decades. But that won’t be enough. We need to follow the lead of the Americans who have launched smash-and-grab operations on innumerable terrorists, including Osama bin Laden.

I don’t see how the Americans can object too much if we simply follow their lead.

But do we have the capability? Is the SSB, our covert commando division, sufficiently trained to go and snatch a Hafiz Saeed or a Masood Azhar?

We know that we have an advanced drone program. But so far, there is nothing to suggest that these are any more than surveillance drones. Do they have the capacity to drop missiles?

Once the controversy over these surgical strikes lies down, these are the questions that will need to be answered.

One set of surgical strikes is great and worth applauding. But we have entered a new and dangerous era. And it is not clear that we are prepared to fight the new battles that lie ahead.

Post your comment
#Indian Army, #Uri attack, #Pakistan, #Surgical strike
The views and opinions expressed in this article are those of the authors and do not necessarily reflect the official policy or position of DailyO.in or the India Today Group. The writers are solely responsible for any claims arising out of the contents of this article.