If you don’t take a tough stand even now, then expect more terror attacks, conflicts and maybe even a full-fledged war in the future.

Our first Prime Minister Jawaharlal Nehru once grandly declared that he had bought peace with Pakistan thanks to the Indus Waters Treaty in 1960. Well, he obviously didn’t check the fine print for a lifetime warranty because in a mere five years, Pakistan launched a massive attack on us, that became a full-fledged war.

There’s no way that attack could have come overnight. Any new small country takes years to get its defence forces ready to take on a bigger power.

So it is safe to say that they were plotting even as the Indus treaty was being signed. They probably went into overdrive the moment Nehru decided to fight with China half-heartedly with his hands tied.

(At that time the Indian Air Force was more potent than the Chinese one and it wasn’t used at all.) Indira Gandhi liberated Bangladesh, and captured tens of thousands of Pakistani prisoners of war with a huge amount of Pakistani land.

What did we get out of that? Absolutely nothing! Bangladeshis continue to pour in to this very day. The Kashmir dispute stayed where it was. Bangladesh soon forgot about us. Then Pakistani Prime Minister Zulfikar Ali Bhutto abused India at every opportunity and vowed to build the nuclear bomb even if it meant eating grass.

The Rajiv Gandhi-General Zia-ul-Haq bonhomie with rumours of a secret final settlement ended in both of them dying and their successors spoiling things further.

Benazir Bhutto looked on powerlessly as her Army sent terrorists across the border. PV Narasimha Rao looked on helplessly as Kashmir went out of hand and the cumulative terror attack toll has already crossed 5,000.

Vajpayee talked of peace, reconciliation and the Lahore Declaration, but got the Kargil War as a return present. The likes of Manmohan Singh and Asif Ali Zardari did nothing and not much changed on the Indo-Pak front at their time too.

Everyone expected Prime Minister Narendra Modi to be totally different but he still talked peace, held hands with Nawaz Sharif on Pakistani soil and unsurprisingly got exactly the same treatment that we have been getting since 1947.

The Pathankot attack was followed by the Uri assault and then Nawaz grandly called terrorist Burhan Wani a young leader murdered by India at the United Nations. Why should Modi have been surprised?

I had lauded Modi's isolation policy on Pakistan and his taking up issues like PoK and Balochistan, but he too did not really go the full distance and became schizophrenic.

The longest period of peace between India and Pakistan was between 1948 and 1965 and that doesn’t mean much because it attacked us on birth and kept quiet for 16 odd years only because it was regrouping its forces and plotting to get Kashmir back.

If you count Siachen and Kashmir terrorism, then it could be said that officially India and Pakistan have been in some state of war or continuous conflict for the last 32 years.

Pakistan is a permanent enemy and this calls for permanent isolation. But have we ever fully isolated it? No! You can’t isolate Pakistan if you still have any sort of ties like cultural and sports. If you accept that Pakistan is such an enemy as mentioned above, then we need to fully cut it off. 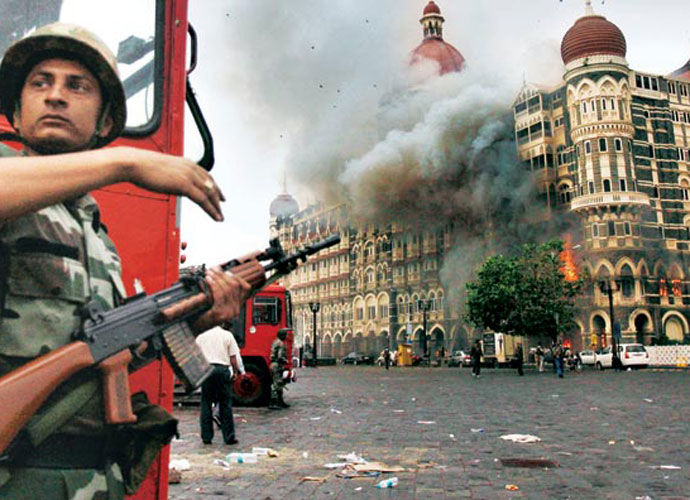 If you count Siachen and Kashmir terrorism, then it could be said that officially India and Pakistan have been in some state of war or continuous conflict for the last 32 years. (Photo credit: India Today)

The Congress-NCP looked the other way at the goondagardi of the MNS hoping it would clip the wings of the MNS in the 2000s. That’s a red herring.

The actual issue is why we are having cultural ties in the first place if our enemy is plotting our downfall 24X7, 365 days a year right from 1947.

Sending any type of delegations to the neighbouring country is also counter-productive as Congress leader Mani Shankar Aiyar is virtually asking Pakistan’s help to topple Modi for Indo-Pak peace.

(If Modi was really a fascist dictator, then he would have slapped sedition charges on Mani and had him arrested.)

When an attack happens, we snap cricketing ties with Pakistan as a knee-jerk reaction and when things die down, the Board of Control for Cricket in India shamelessly tries to arrange another tour.

This despite the fact that the last tour that almost took place was cancelled. The Sri Lankan team took a terrorist hit for something that was planned for the Indians and for that ideally we should never ever forgive Pakistan.

You can’t stand in two boats. You will eventually fall into the water and make a fool of yourself as India keeps doing regularly. India has to shed its schizophrenia towards our neighbour (the Army there will never spare us) and go for complete isolation.

We have to take the following steps:

1) No peace talks of any kind with Pakistan at any forum, domestic or international.

2) A consistent hardline stand against Pakistan at all international fora.

3) No Track 2 diplomacy or Aman ki Asha type programme and no sending of politicians, intellectuals and artists to discuss peace there.

4) Revocation of the Most Favoured Nation status on Pakistan and complete snapping of economic ties.

6) Complete snapping of cultural ties. That means forget artists, no Pakistani TV serials in India and Bollywood films being released in Pakistan.

7) The Indus Waters Treaty should be suspended and we should release water according to our convenience with a long-term plan on scrapping the treaty outright.

8) A clear First Strike nuclear policy. Pakistan is in absolutely no position to wage a nuclear war with us and a Second Strike option will only embolden it.

That is only part of it. If you do this and relax after two years, Pakistan will never take you seriously.

This should be done till...

3) Pakistan returns PoK to us.

This should be done indefinitely, even if takes 25 years. If you think it’s a bit too harsh then please don’t forget that India has lost tens of thousands of soldiers to Pakistan, people along the border live in fear and the average Kashmiri still suffers badly from unresolved Indo-Pak problems.

It is said that insanity is doing the same thing over and over again and expecting different results. By that standard India has had an insane approach with Pakistan for close to 70 years.

If you don’t take a tough stand even now, then expect more terror attacks, conflicts and maybe even a full-fledged war in the future.

The past has been really grim.Why should the future be any different if India doesn’t change, for Pakistan never will!

Also read: Neither China nor US will allow Pakistan to be declared terrorist state

#Terrorism, #Pakistan
The views and opinions expressed in this article are those of the authors and do not necessarily reflect the official policy or position of DailyO.in or the India Today Group. The writers are solely responsible for any claims arising out of the contents of this article.