How Pakistan created a monster out of Taliban

[Book extract] In the late '90s, its security establishment had every reason to be worried about the newfound independence of a jihadi trend it had largely helped to cultivate.

Pakistan's relations with the Taliban regime grew complicated over time. In the second half of the 1990s, Islamabad could pride itself in having achieved a degree of "strategic depth" in Afghanistan, but the other goal the Pakistani government pursued had not been achieved.

By backing the Afghan Islamists starting in the 1970s under Zulfikar Ali Bhutto, the Pakistanis had hoped to counter Pashtun nationalism. The outcome, however, was very different. The Taliban had developed an Islamic variant of this ideology, drawing as much on the Pashtunwali code as from Sharia law, and, more importantly, Pakistani officials were bitterly disappointed when the Taliban refused to recognise the Durand Line as the international border.

The cost of Pakistan's Afghan policy was not limited to financial support. In addition, there was a considerable loss of customs revenue. In 1950, Kabul and Karachi had signed the Afghan Transit Trade Agreement that aimed to open up Afghanistan by enabling the country to be provisioned through Pakistani ports and cross the "Land of the Pure" without paying customs duties. Predictably, surplus merchandise soon made its way illegally back into Pakistan - where it cost less than from a merchant who had had to pay duty. The black market had little financial impact until the 1990s, at which time it took on huge proportions with the end of a war in which those involved had already regularly taken the Kabul-Peshawar-Karachi route.

The fleet of trucks crossing the Afghan-Pakistani border ferrying duty-free merchandise crossed right back over carrying loads almost as large to provision the black market, costing the Pakistani an estimated 30 per cent drop in customs revenue. The loss was calculated at Rs 3.5 billion in 1992-93, Rs 11 billion in 1993-94 and Rs 30 billion in 1997-78. Such trafficking would not have been possible without corrupt customs officers and other officials at the border who turned a blind eye in exchange for bribes.

This went along with another smuggling activity. Revenue from drug-trafficking had helped finance the Afghan resistance during the war, but once it was over, it had a debilitating effect on Pakistani society. A detailed United Nations report indicated that between 1990-94 opium production more than doubled, going from 1.5 to 3.4mts, and subsequently continued to grow. Helmand province on the border with Pakistan accounted for more than 40 per cent of the total in 2002. Due to this geographic factor, combined with many others including the Pakistani establishment's greed, contraband increasingly took routes southeast. Drug smuggling not only fed organised crime and corruption in Pakistan: It also had a debilitating effect on consumers. The number of users steadily increased from 50,000 in 1980 to 8.1 million in 2011.

Moreover, the Taliban gradually emancipated themselves from Pakistan's influence. Ahmed Rashid dates the start of this process to 1997, considering that it coincided with the handover of foreign mujahideen training camp management to al-Qaeda. The jihadis were changing sponsors. The ISI had been outclassed, particularly for financial reasons, by Osama bin Laden's networks, which were far better endowed. For Pakistan, the consequences of this shift were decisive: In these camps, Kashmiri and Pakistani extremists mixed with young militants from all over the Muslim world and from Europe, just as an earlier generation had done in the 1980s in Afghanistan. The al Qaeda's indoctrination had an enormous impact on them: some embraced the idea of global jihad, joined al Qaeda and went on to provide it with skills and facilities.

In the late 1990s, the Pakistani security establishment had every reason to be worried about the newfound independence of a jihadi trend it had largely helped to cultivate. In 2001, the Bamiyan Buddhas crisis cast it in the spotlight. In February of that year, the Taliban regime decided to demolish these monumental works of art. Pierre Lafrance, the UNESCO's envoy to the site, attested to Pakistani efforts - even by Samiul Haq, Mullah Omar's former mentor - to convince the Taliban to cancel their plans, but in vain.

Lastly, Sunni sectarian groups such as Lashkar-e-Jhangvi were now using Afghanistan as a rear base they could fall back on after carrying out attacks in Pakistan. They thus escaped the police despite exhortations from the Pakistani authorities, who were unable to reason with the Taliban. Ahmed Rashid concluded from this accumulation of adverse factors that "Pakistan, rather than being the master of the Taliban, was instead becoming its victim." 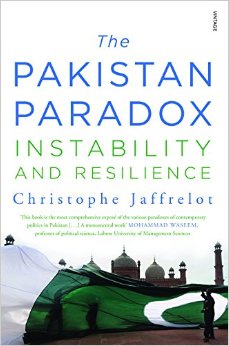 #Book Extract, #Pakistan, #Taliban, #Terrorism
The views and opinions expressed in this article are those of the authors and do not necessarily reflect the official policy or position of DailyO.in or the India Today Group. The writers are solely responsible for any claims arising out of the contents of this article.

The writer is a research fellow at CERI-Sciences Po/CNRS (Paris), teaching at King's India Institute, London, Princeton Global Scholar and Non Resident Scholar at the Carnegie.