How India, Iran and Afghanistan can take on common terror villain Pakistan

Pakistan has no one in the region except China to extend support in pursuit of its destructive designs.

Pakistan was rocked by a deadly blast on May 11 in a small town of Balochistan, killing 25 and injuring many. The lethal bombings also targeted Abdul Ghaffoor Haideri, deputy chairman of the senate when he emerged after addressing a Friday congregation.

This is yet another incident which hits hard the nation, which continues to promote terror in India, Afghanistan and Iran but is completely oblivious to what's happening in its own backyard.

Notably and in acts of extraordinary coincidence, Pakistan has been in the news in the last couple of days for all the wrong reasons, drawing flak for abetting and causing terror. The affected parties are now waking up to the concern by dastardly acts of Pakistan and they seem to be actively planning some result-oriented strategy to address the problem.

It began with a direct threat issued (May 9) by Maj Gen Mohammad Baqeri of Iranian counter-terror operations, stating that Iran will carry out strikes at all safe havens and cells within Pakistan, wherever they are.

Such a warning comes in the wake of the Pakistan-inspired terror outfit Jaish-Ul-Adl (Army of Justice) carrying out sinister attacks killing ten Iranian guards, in an act of violence in Mirjaveh on the Iran- Pakistan border.

This extremist outfit, intelligence officials assertively claim, draws moral and material support from the Pakistan intelligence agencies, which is aimed at fomenting disturbances and subversion in Iran's impoverished Sistan Balochistan province, where a Sunni-dominated lot has been demanding an end to alleged discrimination by the Shias and the government of Iran.

It is worth recalling that in 2014, Iran had cautioned Pakistan with direct action against Jaish-Ul-Adl for kidnapping Iranian guards, and one of them was killed too. Pakistan had immediately apologised and assured action against this terrorist entity.

However, the current threat given by Maj Gen Baqeri to target safe havens and cells within Pakistan is strong in tenor and the message is loud and clear. It's very likely that Iran would prove that such warnings are real by hitting hard at these targets.

Iranian intelligence is in possession of the locations of sympathisers and activists who have been targeted in these killings. Iran's patience seems to be running out as it has exhausted all options, including diplomatic ones.

Iranian foreign minister Mohammad Javad Zarif was in Pakistan last week, and during his meeting with Pakistani Prime Minister Nawaz Sharif, he conveyed his country's concern over the guards' killings, urging Sharif to rein in the terrorists carrying out covert cross-border operations through Jaish-Ul-Adl at the behest of Pakistani intelligence.

Amid such warnings, Afghanistan too has cautioned Pakistan to refrain from abetting terror operations on Afghan soil, abusing Taliban and other terror groups continuously and targeting Afghanistan infrastructure.

Pakistan's incessant terror campaigns inside Afghanistan and Iran seem to have a profound negative impact on these two Pakistani neighbours who may now consider looking at India for joint covert operations to try and put Pakistan on the backfoot.

This, according to some senior security experts, both in Iran and Afghanistan, is operationally possible as they perceive that Indian agencies are professionally and operationally competent to handle such scenarios.

Their expectations are also believed to be based on the fact that India too is constantly needled by Pakistan through cross-border operations in Kashmir, so they assume that it will be a ready player as an affected party to assist these two friendly countries from Pakistan’s nefarious designs.

Having said that, it remains a million dollar question whether India will stick its neck out to ally with Iran and Afghanistan on these operations, albeit covert.

Against the backdrop of these developments, director of US national intelligence Daniel Coats told (on May 11) the select committee on intelligence during his congressional briefing that Pakistan-based terror groups have plans to attack India and Afghanistan. 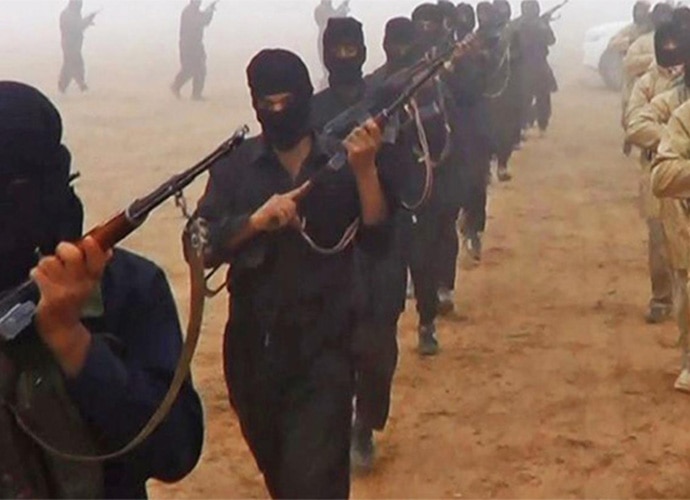 Based on credible and pure intelligence, Coats further disclosed that intelligence analysts have assessed that the Taliban is likely to continue to make gains, especially in Afghan rural areas.

Significantly, he further gave out that Pakistan is expanding its nuclear arsenal in pursuing tactical nuclear weapons. Coincidentally again, the US in a very recent move has imposed sanctions on Pakistan-based terror groups, including Lashkar-e-Tayyeba (LeT), Taliban, Jamat-ud-Dawa and Jamat-ul-Dawa-al-Quran and ISIS Khorasan.

These sanctions seek to affect the financial support networks of terrorists based in Pakistan and engaged in suicide bombings and violent insurgent operations. This was confirmed by John Smith, director of the Treasury's Office of Foreign Assets Control (OFAC).

It would appear from these happenings that the US is serious in tightening its grip on Pakistan, forcing it to control terror. The next steps in counter-terror plans would be worth watching with regard to Pakistan.

Pakistan has no one in the region except China to extend support in pursuit of its destructive designs. With recent US assertions and muscle-flexing with Iran and Afghanistan steadily becoming proactive, India can revisit its anti-terror strategy with focus on Pakistan to meet the fresh challenges.

All recent happens may outwardly appear isolated, but joining the dots reveals Pakistan as the villain everywhere, within and outside its territorial limits.

Also read: The conspiracy behind Pakistan's mutilation of Indian soldiers

#India-pak ties, #Afghanistan, #Terrorism, #Pakistan
The views and opinions expressed in this article are those of the authors and do not necessarily reflect the official policy or position of DailyO.in or the India Today Group. The writers are solely responsible for any claims arising out of the contents of this article.