Pakistan can be tamed. Here's how

What is required is consistent policy and moving beyond symbolism such as scrapping MFN status.

The surgical strikes along the Line of Control to destroy the launchpads of terrorist camps were a carefully crafted response by the Indian military. A message has been sent across the border that India will not tolerate attacks on its soil and sovereignty.

Given the history and character of the Pakistani State, their reaction is predictable and we should prepare ourselves for any kind of retort. Already there are disturbances in the Valley; hence extra caution is required in dealing with the situation on this side of the border as well.

Pakistan's security policy centres around rivalry with India. If we have a consistent Pakistan policy, we can make it behave. We have to protect the unity, integrity, sovereignty and the people of our country. For that, India has to move beyond symbolism such as scrapping of Most Favoured Nation (MFN) status to Pakistan and concentrate on real economic and diplomatic issues.

Pakistan is not dependent on trade with India for survival. India-Pakistan bilateral trade came up to a paltry #2.6 billion in 2015-16, tilted largely in India's favour. What impact do we intend to cause by scrapping the unilateral preferential status we have given to Pakistan?

The diplomatic option has not been optimally utilised as of now. By now, we should have intensified our efforts to impose sanctions on Pakistan as a patron of terrorism as well as on Pakistan-based terrorist organisations.

The UNGA was a golden opportunity to diplomatically isolate Pakistan as a terror-sponsorer but we missed that opportunity. We were not there only to react to the utterances of Pakistani Prime Minister Nawaz Sharif but to launch an offensive counter-strategy to isolate Pakistan at the international level and to persuade the international community to declare it a state sponsoring terrorism and to impose economic sanctions on it.

Time could not have been more ripe for this. This is where we lacked. External affairs minister Sushma Swaraj exhibited hesitancy in openly naming Pakistan as a hub of terror export and providing shelter to terrorists.

Why did her speech hover around indirect reference to Pakistan and leave room for inferences? 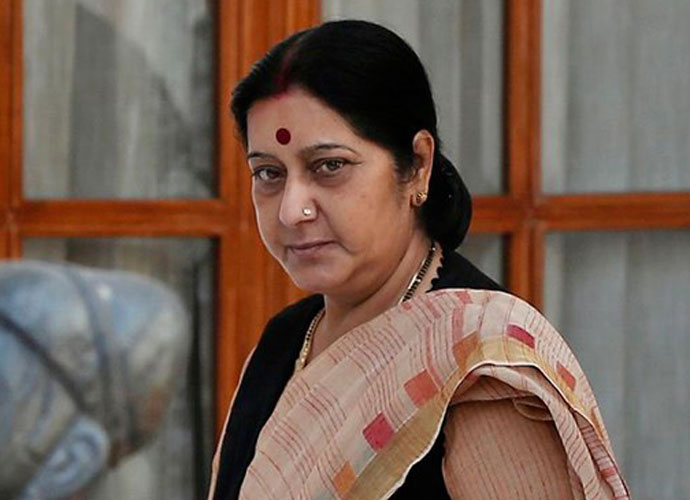 Because of the absence of a roadmap in our foreign policy vis-a-vis Pakistan, we have not achieved what we project: complete isolation of Pakistan at the international level.

Pakistan being a rogue state promoting terror cannot be a party to the international community which stands for peace, harmony and development.

There is a growing realisation in the US that it is pursuing a failed policy in Pakistan, which India must take advantage of. The Indian establishment in New Delhi and New York must forcefully persuade the US that sanctions and not aid will help achieve the objective of fighting terror in Pakistan.

The American authorities should be made to realise that the US-Pakistan friendship is a hindrance rather than facilitating engagement in the fight against global terrorism.

Russia has been our traditional ally. It is because of the faulty foreign policy of the Narendra Modi government that the relationship between close friends has become cold.

After the Russian and Chinese navy conducted drills in the South China Sea, where the former had taken China's side, Russia's joint drill with Pakistan should be a matter of concern for Indian political leadership.

India's opening to the US and Europe marginalising Russia, and the arms embargo of EU on China have paved the way for a strategic partnership between Russia and China. Pakistan's inclusion in that equation is a serious threat to peace in the subcontinent.

It is imperative that India and Russia work closely on strengthening economic ties between the two countries. China has also vast economic interests in India, and we should work on China and leverage Chinese access to our markets to put pressure on Pakistan so that it doesn't use its soil for anti-India activities.

India should also approach Organization of Islamic Cooperation (OIC) countries for their support in fighting terror. This can be a key element in our diplomatic offensive. The PM has visited all these countries and now the time has come to reap the political dividend of the visits.

Afghanistan, Bhutan and Bangladesh have expressed solidarity with India by boycotting the SAARC summit in Islamabad. We should retain this solidarity and continue to strengthen initiatives like BBIN and BIMSTEC, which will further marginalise Pakistan in South Asia.

Besides, the government of India should utilise international forums to expose Pakistan as a state sponsoring terror and violating human rights. A decision should also be taken to formulate an asylum policy for Pakistani dissidents and it should be taken without further delay.

A relentless diplomatic campaign is needed to build global sentiment against Pakistan. The government can utilise the experience of former diplomats to augment its efforts on this high-energy campaign.

If Pakistan can depute parliamentarians for propaganda against India in the name of alleged human rights violations in Kashmir, why can't India resort to such measures to declare Pakistan a terrorist state?

Also read: What to do when India can't afford a war, Pakistan doesn't want peace

#Uri attack, #Pakistan
The views and opinions expressed in this article are those of the authors and do not necessarily reflect the official policy or position of DailyO.in or the India Today Group. The writers are solely responsible for any claims arising out of the contents of this article.