Though the Pakistan PM has got a sixty-day reprieve from the country's Supreme Court, justice may soon catch up with him.

The jurisprudential breather is going to be short-lived for Pakistan prime minister Nawaz Sharif, who had a narrow escape from sureshot impeachment as the country's supreme court decided that a joint investigation team be set up to probe the corruption charges against him as revealed in the famous Panama Papers revelations last year.

Pakistan Supreme Court ordered Sharif and his two sons - Hasan and Hussain - to appear before the JIT, which would consist of officials from the Federal Investigation Agency, the National Accountability Bureau, the Security and Exchange Commission of Pakistan (SECP) and the Military Intelligence (MI). 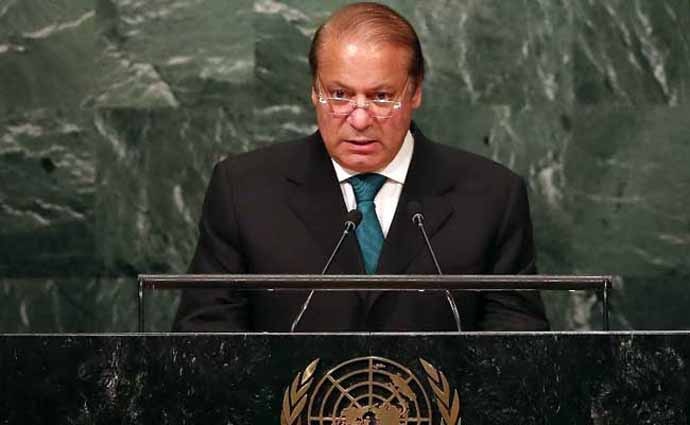 The petitioners - including opposition leader and Pakistan Tehrek-i-Insaf (PTI) chief Imran Khan - knocked on the court's door accusing Sharif and his family members of possessing illegal assets and money laundering, as revealed by the data leak in Panama Papers.

A great SC judgement which has completely rejected Nawaz Sharif's entire story.PM shd resign immediately as he has lost all moral authority.

Want to congratulate the nation on this SC judgement, esp PTI workers who stood steadfast with me throughout. Celebrate your success today.

What was in the Panama Papers?

Panama papers are leaked documents of about 1.15 crore files containing details of about 2.15 lakh bank accounts. The documents were leaked from Mossack Fonseca, a legal and financial consultancy firm headquartered at Panama and regional offices in 35 different countries.

The primary allegations in the Panama Papers leak included one, using Mossack Fonseca to siphon off money to shell companies for tax evasion purposes.

German newspaper Sueddeutsche Zeitung managed to get the entire volume of document - 2.6 terabyte - through its source "John Doe" and with the help of the International Consortium of Investigative Journalists (ICIJ) untangled the knotty mess contained in them. Incriminating details of names including 12 world leaders - serving and ex-head of states. Prominent names are Russian President Vladimir Putin, Pakistan's Prime Minister Nawaz Sharif, China's President Xi Jinping, former and Pakistan PM Benazir Bhutto among others.

The Sharif family mortgaged a part of these properties to take about Rs 70 crore loan from Deutsche Bank. They also bought two apartment in the UK for which they took loan from the Bank of Scotland.

Has Sharif got off easy?

Compared to what happened or befell previous prime ministers of Pakistan, it seems PM Sharif hasn't had it too bad as of yet.

Record of Pakistani Prime Ministers in office is unenviable to say the least. Nawaz Sharif has been luckier than mostWe shall find out soon pic.twitter.com/RTgBwV9EoQ

In fact, daughter Maryam Nawaz Sharif tweeted her gratitude to the Almighty once she learned that they have two more months before any final verdict is reached by the JIT.

Whatever the verdict, am amazed & humbled to see the overwhelming support for Nawaz Sharif. For a leader, that's the most prized possession.

Earlier, the area around the Supreme Court, located in Islamabad's Red Zone, was put on 'red alert', with around 1,500 police, Rangers and Frontier Constabulary personnel deployed for security and maintaining peace.

The Sharifs' political careers at stake

Maryam Nawaz Sharif has a considerable presence in Pakistani politics and is seen as her father's trusted aide - like Ivanka Trump in America - as well as a prominent member of the PML-N. The Sharifs are giving the Bhuttos a run for political currency and sophistication and are easily the two biggest dynasties in the Pakistani political firmament.

Often dubbed the Great Survivor in Pakistan #NawazSharif has survived #PanamaPapers for now. But 60 days on investigative team has to decide

Yousaf Raza Gillani was disqualified on flimsy grounds.Mian Nawaz Sharif is deemed dishonest but is not disqualified.Oh well

However, with the Pakistani Supreme Court now overseeing the probe against PM Nawaz Sharif, the corruption allegations have gained much legitimacy. Notwithstanding that the ICIJ won the Pulitzer Prize for investigative journalism for the Panama Papers story, the taint of his name surfacing in one of the biggest leaks in the history of journalism makes the case against PM Sharif that much stronger.

The reports suggest that during his tenure as the PM in the 1990s, benami properties worth billions were allegedly purchased by Sharif in London in his daughter Maryam's name, who was declared a dependent and without a source of income at the time. The PM's sons have been accused of owning a number of offshore hell companies to buy properties in the UK.

It has also been alleged that the Pakistani Army is keeping its options open and waiting to see of Sharif would be disqualified to continue as PM, in case the charges are proved in the court of law. The roughening of the equation between Sharif's civilian government and the military in Pakistan is also one of the side-notes of this developing story.

Response to Q on Panama in UK reported incomplete / out of context. Army, like every Pakistani awaits a decision based on justice and merit.

It's obvious that the ghost of the Panama Papers revelations wouldn't leave Nawaz Sharif and his family any time soon.