Fahim Ansari was tried for same acts for which the US citizen was let off.

Fahim Ansari - accused No 2 after Ajmal Kasab in the 26/11 Mumbai attacks trial - is one of those quiet, gentle types. The several interactions that one of the authors of this piece (Vernon) had with him in the Anda Circle of Mumbai's Arthur Road Central Prison left the impression of a person polite to a fault, who rarely, if ever, lost his temper. It would not however be surprising if even the serene Fahim were to fume with fury at the proceedings in the Mumbai courtroom of Additional Sessions Judge GA Sanap on December 10, 2015.

December 10, 2015 was when the court pardoned US citizen David Coleman Headley in the same case and guaranteed him protection from punishment for the very same charges for which Fahim had earlier been indicted. Headley has admitted, among other things, to performing the same role of reconnaissance for which the same prosecution had implicated Fahim. But the Special Public Prosecutor, Ujwal Nikam was proudly proclaiming in the Court, "Now David is my witness also." This was the Nikam who had, despite Fahim's acquittal in the Sessions Court, gone right up to the Supreme Court trying to fix his conviction and death sentence. Now the very same Nikam had no qualms in claiming that another man had actually done the crime and that he should be pardoned - because this other man was "his" witness. 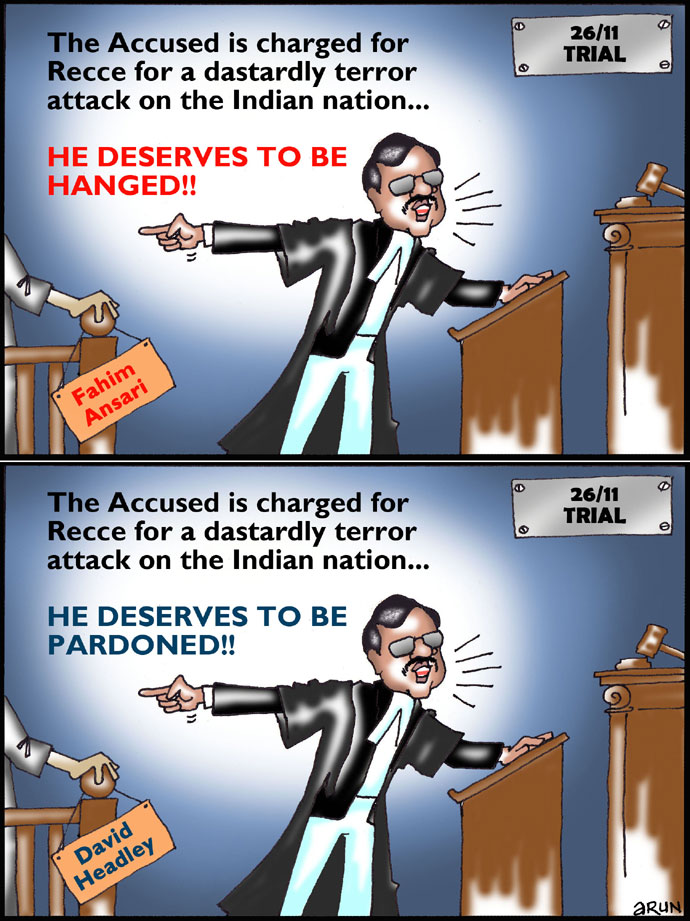 The dealings in the courtroom were businesslike and lacked any notions of mercy or magnanimity that one would associate with a plea for pardon. It sounded more as if Headley was negotiating an agreement rather than praying for indulgence. His statement through video conferencing from the US was short, ending with a curt, "I appeared here ready to answer questions regarding these events if I receive a pardon from this court. That's it. Thank you." A veteran of several plea-bargains, Headley has, in America, got out of two earlier drug charges and clinched a leniency deal with the US government to save him from a death sentence and extradition to India to face trial for his role in the 26/11 attacks. On December 10 he knew that Indian courts have no control at all over him and any pretence to place conditions on him was just a farce.

One of the conditions required for pardon under Section 306 of the Code of Criminal Procedure is that the person being tendered pardon "be detained in custody until the termination of the trial". In Headley's case he has been tendered pardon without being even arrested or detained by the Indian police. The other more important condition is that he should make "a full and true disclosure of the whole of the circumstances within his knowledge relative to the offence and to every other person concerned, whether as principal or abettor, in the commission thereof." That this condition, which Sanap explained in some detail to Headley, will see breach rather than compliance goes without saying.

It is widely known and even documented that David Headley, born of a Pakistani father, was a double agent for America's Central Intelligence Agency (CIA) who, while working with Pakistan's Inter Services Intelligence (ISI) and the Lashkar-e-Toiba, had shared information with US agencies about impending Mumbai attack targets. The US therefore has no interest whatsoever in Headley making any "full disclosure" before an Indian court. As long as he remains in US custody, these agencies will ensure that disclosures will be restricted and refurbished according to American interests. What then is the national interest in the Indian state granting pardon to a Pak-American ISI/CIA agent, who has succeeded in causing deadly damage on Indian soil?

The fatuous argument that Headley's evidence would bring out the truth behind 26/11 hardly warrants serious consideration. That leaves us the prosecution objective of using Headley to strengthen the case against Indian national Zabiuddin Ansari, who is currently facing trial. The evidence of a double agent should by definition be dubious. When such proof is being proffered over video-conferencing from a place out of your courts' control, the insincerity of the exercise is palpable. Should the state go to such loutish lengths to somehow nail an Indian citizen in the conspiracy, while absolving the Americans of all responsibility?

As another Ansari goes to trial, one cannot help but recall Fahim Ansari's anxieties and anticipation during the first 26/11 trial in 2009-10. First the dismay at the fabrication of falsehoods in the charge-sheet; then the elation at the exposure in court by Adv Shahid Azmi, his defence lawyer, of the patently fabricated nature of the maps, which Fahim had been tortured and forced to draw while in police custody. The elation then was also moderated by the realisation that it would be extremely unrealistic to expect a Sessions Judge to go only by the evidence and not succumb to state, media and public pressure. A discussion that particularly comes to mind took place on February 11, 2010, when Fahim related how he sensed a more sympathetic shift in the Judge's attitude after news reports that Headley had been indicted in December 2009 in an American court. But that was also the day that Shahid Azmi was shot dead and there was again the worry whether another lawyer would be able to put up as good a defence.

Fahim finally came to be acquitted of all charges by the Sessions Court on May 3, 2010 with the judgment (particularly at paras 1248 to 1251) pointing out in detail the doubtful nature of the prosecution evidence against him. The prosecution, despite being well aware that it was not Fahim but Headley who had done the recce, continued to appeal in the High Court and Supreme Court against the acquittal. But the Supreme Court judgment (at para 595) too found the evidence of the prosecution's star witness against Fahim to be "completely unacceptable". 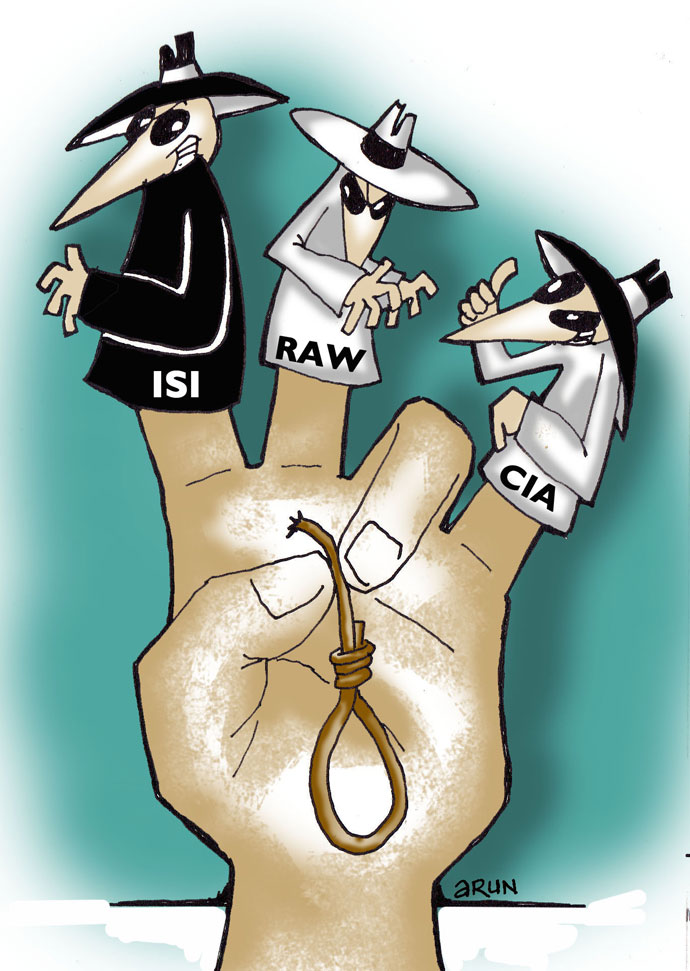 Zabiuddin, however, is likely to meet a different fate. The fact that the state is seizing on suspect sources such as double agent Headley to prop up its case obviously means that the evidence they claim to have against him is at best flimsy. But it is also a pointer to the extent to which it is ready to go to fabricate falsehoods to prove a point convenient to its narrative. And this time Adv Shahid Azmi will not be around.

#CIA, #Fahim Ansari, #David Headley, #26/11 Mumbai Attacks
The views and opinions expressed in this article are those of the authors and do not necessarily reflect the official policy or position of DailyO.in or the India Today Group. The writers are solely responsible for any claims arising out of the contents of this article.