The politics of the last one hundred years has been the story of politicians botching up economic decisions. But even as we foreground the economy, we are only devaluing the grand art of politics.

As 2018 came to a close, there was some controversy over the fact that when you googled the word 'idiot', the search threw up Donald Trump.

Interestingly the word ‘idiocracy’ entered the Oxford English Dictionary (OED) in 2018 and whenever certain words enter the OED, they can tell you a powerful story about the politics of the world. The word ‘fatwa’ entered the OED in 1989 when Iran’s Ayatollah Khomeini issued one after he demanded the death of author Salman Rushdie for his book The Satanic Verses.

The term ‘idiocracy’ would be defined as a society consisting of or ruled by idiots, just as the world has known other words with a similar root such as plutocracy, democracy and mobocracy.

In 2006, there was a Hollywood movie starring Luke Wilson with the title Idiocracy, that suggested a dystopian future in which the human race had become lazy and stupid and the President presides over affairs of state in the whimsical manner of a reality television star.

The film could almost be called prescient. Back in the 1990s, the slogan that summed up the politics of the decade was ‘It’s the economy, stupid!’ This slogan was created by Bill Clinton’s campaign strategist James Carville in 1992. The implication of this slogan was that all that politicians needed to do was to keep the economy on the right track, which is actually easier said than done. This involved keeping the economy growing, assessed through a metric known as the Gross Domestic Product (GDP).

This is a term that has become the staple of conversations in many households in India and across the world.

A healthy GDP that ticked along at the right rate, (double-digit rates of growth are highly desirable, but very hard to come by) would ensure that unemployment would be kept down. A government that did this and kept inflation rates under control, so that the value of people’s hard-earned money was not wiped out, could be said to have mastered the art of the political.

What underlies this slogan is the idea of the economy as a self-contained entity at the centre of the polity.

However, a brief look at politics over the last century would reveal that this tendency of prioritising the economy over the polity, to almost suggest that the tail of the economic wags the dog of the political, happened around the beginning of the 20th century itself.

Increasingly, politicians of the 20th century met their nemesis in their inability to handle economic crises. The politics of the last one hundred years could then be told as the story of politicians making botched economic decisions that ruined their political careers.

The sad part was how politics as the ‘master science’ as Aristotle referred to it, was becoming a slave to the rising discipline of economics. In the ancient Greece of Aristotle’s time economics, or oikonomia, was much less glamorous and was far more simply about household management.

In the last two decades, there has been a tendency to devalue the political.

From the agonistic and contestatory that its contentious decision-making processes involved, it has increasingly tailed the economic and genuflected to the market. While the political process has traditionally been understood as a slow, deliberative and cautious one that wound itself through the byzantine labyrinths of political institutions, it is now called upon to deliver quick efficient solutions, often through the executive. 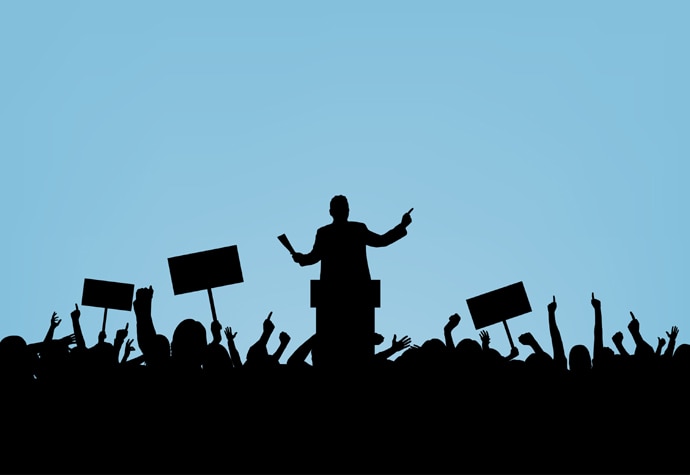 Politicians of the 20th century met their nemesis in their inability to handle economic crises. (Photo: Facebook)

There has been an attempt to eliminate the slow grind of the political to make way for the fast pace of the technocratic.

Every single institution, from the university to almost every government department, is being made to replicate the corporate model. Increasingly those at the heads of all kinds of institutions, from university vice-chancellors to leaders of government, want to be referred to as 'Corporate CEOs'.

Back in the 1990s, when the slogan ‘It’s the economy, stupid’ was popularised, there was amongst the young in particular, and the population more generally, an almost dismissive disdain for the political. That seems to have been transformed in more recent times into a rather more riveted interest in political developments, especially as electoral results such as Brexit and the Trump victory in the US have introduced the element of the unbelievable and dramatic.

In the case of these two electoral results, the perverse technological effects of data harvesting and targeted political messaging through social media have come to the fore. The engagement with the political may have increased, but the terms of this engagement have been mediated by technology. The ubiquity of the smartphone in most hands gives individuals constant access to the political that serves up more of the perspective they already hold, thereby reinforcing, rather than ruffling, deeply held prejudices.

A lot of writing that has appeared recently has tried to look at the dark effects of technological developments.

The Israeli historian Yuval Noah Harari has made a name for himself, warning of the apocalyptic dangers of technological developments. James Bridle’s recent book New Dark Age similarly brings up dark forebodings of advanced technology as the most dazzlingly blinding culmination of the Enlightenment project.

Jamie Bartlett in another recent book The People Vs Tech: How the Internet is Killing Democracy (and how we save it) seems to be focusing on the basically corrosive nature of Silicon Valley technology on the democratic politics that many of us have been familiar with and perhaps grown up loving. 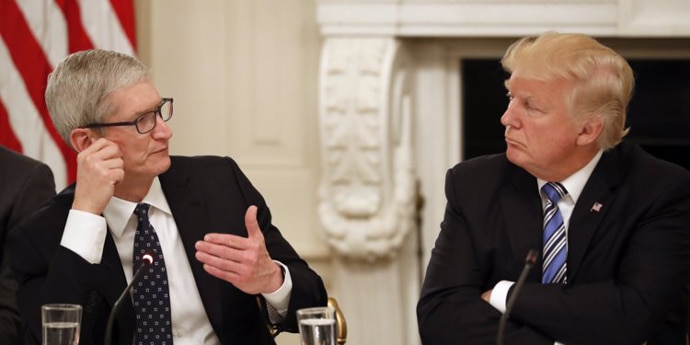 Our daily soap? Recently, there has been deepening interest in the political, which has only grown more and more dramatic. (Photo: AP)

The Greeks suggested that individuals who were unaware of developments in the political public domain were idiots. It may be a point worth going back to.

There is a pervasive idea that technology is value-neutral and that it is a force for good in the world. Political establishments, sometimes in collaboration with and often in awe at the wonders of Silicon Valley technology, seem to be telling and selling this story. This story of the wonders that technology can do to politics is perhaps the digital-analogue of the 1990s one that made the economy into the efficient engine driving the polity, also needing to be protected from its ham-handed statist regulations.

We may have been stupid then.

Let’s not be idiots this time.

#Bill Clinton, #Donald Trump, #Economy, #Politics
The views and opinions expressed in this article are those of the authors and do not necessarily reflect the official policy or position of DailyO.in or the India Today Group. The writers are solely responsible for any claims arising out of the contents of this article.