Priyanka Gandhi and Jyotiraditya Scindia: Who has the more difficult task in Uttar Pradesh?

Beyond the fawning and fanfare, both Priyanka and Scindia have their tasks cut out, keeping in mind the Congress' past performance, UP's social equations and their alliance prospects.

Much has been said of Priyanka Gandhi finally joining politics, and whether it shows the Congress’ intent — or desperation.

But beyond the fawning and the fanfare over ‘chhoti Indira Gandhi’, both Priyanka Gandhi, the party in-charge of eastern Uttar Pradesh, and Jyotiraditya Scindia, her western UP counterpart, have their tasks cut out for them.

Who has the more difficult job? 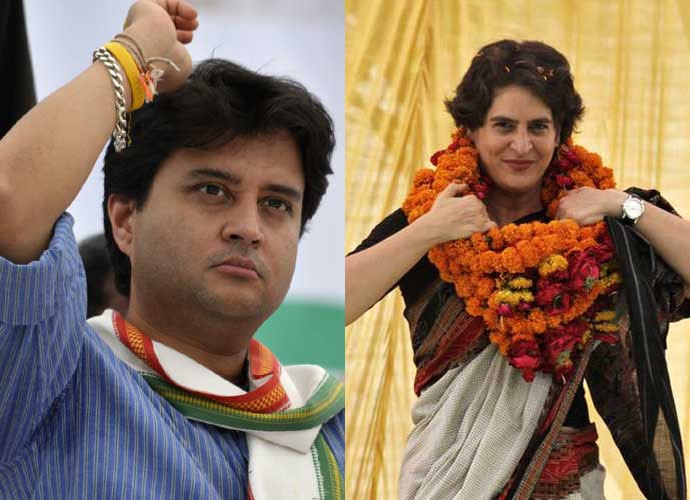 The challengers — and they face many challenges. (Photos: PTI/Reuters)

Elections are not won on personal appeal alone. Looking at caste equations, voters’ aspirations, past performance and alliance prospects, Scindia and Priyanka both face very different sets of challenges.

Here’s a look at what works for them, and what they need to work against:

Priyanka, of course, is the Congress’ biggest gamble in this election.

On the face of it, the party seems to be betting heavily on her: eastern Uttar Pradesh after all includes PM Narendra Modi’s constituency, Varanasi, and UP CM Yogi Adityanath’s turf Gorakhpur. The optics of the latest Gandhi, more charismatic than her brother, taking on the PM and the CM seem brilliant — if also, rather suicidal.

This is the same kind of optics that Arvind Kejriwal went for in 2014, and got a lot of publicity — along with a massive, always certain, defeat. 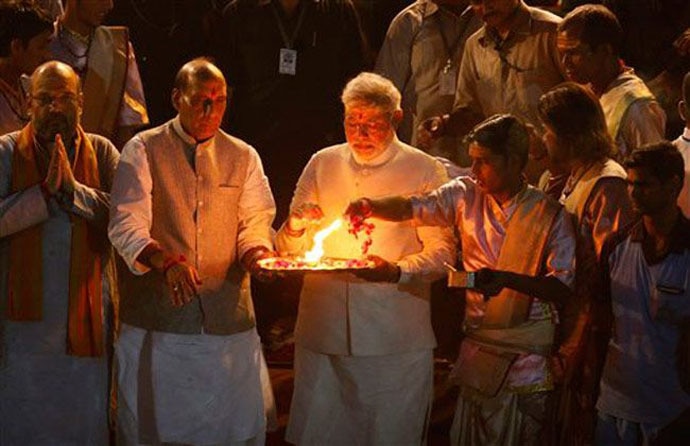 Varanasi, PM Modi's constituency, is in eastern UP. (Photo: PTI)

Kejriwal might have chosen stage over seat. The Congress knows better. The party has picked the most comfortable launch-pad possible for Priyanka.

Much before UP came to be identified by Modi-Yogi, eastern Uttar Pradesh was a Congress stronghold. From Jawaharlal Nehru to Rahul Gandhi, everyone in the Congress' First Family has chosen constituencies from here. And the region has continued to be loyal to the party.

In 2009, the Congress won 21 seats in Uttar Pradesh — with the most coming from eastern UP.

In 2014, among the seats where it polled more than 1 lakh votes, most were from this region.

The most prominent of its UP leaders — RPN Singh, Ajay Rai — all come from here.

The Congress is hoping Priyanka can woo Brahmins back to the party fold. In UP, while Rajputs have Yogi, the Yadavs have the SP and the Dalits have Mayawati, the very influential Brahmins don’t have a ‘party of their own’. The Congress continues to hold some appeal for them — Priyanka will now have to convert this appeal to votes. Voters in the region are already familiar with Priyanka, as she has campaigned here for her mother and brother. (Photo: Reuters)

Among backward castes and Muslims, Priyanka can look for alliances with the Nishad Party, the Suheldeo Bharat Samaj Party and the Peace Party — all influential, all up for grabs, all angry with the BJP. An energised Congress after Priyanka’s induction could make it a more attractive alliance partner.

Eastern UP is among the least-developed areas of Uttar Pradesh. The Congress has for long not been in power in the state, and Priyanka has the challenger’s advantage — she can both blame and promise generously. Although here, she will possibly have to answer why the family pocket-boroughs of Amethi and Raebareli are under-developed too.

Flush from a successful campaign in Madhya Pradesh, Scindia has been given a tremendous responsibility.

While this shows the party’s trust in him, it can also be asked if he has been deliberately set up to fail — so that he does not nurse ambitions of challenging Rahul Gandhi someday.

In MP, Scindia had the advantage of years of groundwork and his own royal and political lineage. In UP, he faces an area his party was destroyed in over the last elections. Apart from the BJP, which swept the 2014 polls, both the SP and BSP also have their strongholds in this region. The BJP's 2014 cleansweep had a lot to do with the Muzaffarnagar riots. (Photo: PTI/file)

The BJP’s success in 2014 was built on religious polarisation in the wake of the 2013 Muzaffarnagar riots. The appeal of communal politics, however, seems to be fading in this area. In the recent Kairana by-polls, ‘ganna’ famously trumped 'Jinnah'.

Also, the BJP’s insistence on ‘gau raksha’ has made stray cattle quite an issue for farmers, who are hard-pressed to keep them out of their fields.

Scindia, however, has an important decision to make — does he wish to just cut the BJP’s votes, or actually try to win?

The Congress’ best bet would be to work out a tacit understanding with the SP-BSP alliance, and field candidates that will make the alliance’s victory easier. Here, Scindia will have to use his skills as a negotiator.

If this does not happen, the other option would be engineering defections, using to the fullest the promise of the party’s suddenly brighter prospects with Priyanka joining.

The area does have a significant Muslim population, which, in Parliamentary polls, tends to back the party with a shot at ruling the Centre. Scindia will have to concentrate on wooing this vote-bank away from the SP-BSP alliance.

#Congress, #Uttar Pradesh, #Jyotiraditya Scindia, #Priyanka Gandhi
The views and opinions expressed in this article are those of the authors and do not necessarily reflect the official policy or position of DailyO.in or the India Today Group. The writers are solely responsible for any claims arising out of the contents of this article.