There are 42 STUs and STCs in the country and the data for 2015 reveals that excluding three, the rest 39 STUs are reporting losses.

The recent data from the National Sample Survey Organisation (NSSO) reiterated a fundamental fact that many, especially those in cities, still fail to understand - that majority of motorised travel in the country is still via buses.

There is no precise official figure on the whole bus system in India but a conservative estimate suggests that the country has around 17 lakh buses, which conduct 25 crore trips per day.

It is clear from the numbers that only nine per cent of bus fleet in India - those under STUs - transports three times the numbers of passengers transported by the railways and airlines combined.

While this is a heartening figure, all is not well with the public bus operation system in the country. There are 42 STUs and STCs in the country and the data for 2015 reveals that excluding three, the rest 39 STUs are reporting losses.

The combined loss of the STUs for the year 2014 was Rs 10,810 crore, which means for every passenger trip, these public companies lose Rs 4.25. 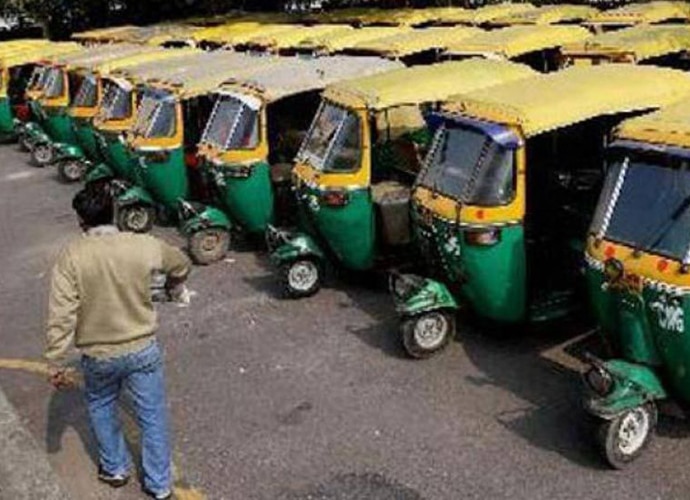 Similarly, while the input items like fuel cost, etc, are beyond their control, they are still not allowed to revise fares due to their social obligations. (Photo credit: Google)

A similar trend of consistent losses has been reported by STUs in the past several years. Even in 2014, the losses amounted to Rs 7,395 crore.

There are many reasons for the abysmal financial position of the STUs. To begin with, lack of political and administrative support is evident from the fact that apart from a handful of STUs, mostly in south India, these are not headed by senior officers and if they are, it is an additional responsibility. Thus, the STUs are being considered low priority departments.

Lack of capacity is another issue. Transport is a commodity and a very perishable one and its competition is not only with private buses or metro but also with two-wheelers.

Yet, not a single STU in the county has a team of transport planners who can help rationalise routes and enhance delivery.

Most importantly, the STUs face the issue of finances. On one hand they are asked to generate their own resources, while on the other they are expected to give all kinds of subsidies and exceptions like student passes, senior citizen concession, etc.

Similarly, while the input items like fuel cost, etc, are beyond their control, they are still not allowed to revise fares due to their social obligations.

In fact, in 2011, when Chennai revised its bus fare, it faced severe resistance from various stakeholders, though this revision came after a gap of ten years. In the intervening period, the cost of fuel, manpower, maintenance, etc, had gone up manifold.

For example, BEST in Mumbai reported a loss of Rs 950 crore in 2015-16 and is now planning to reduce the minimum ticket from Rs 8-6 per trip.

This is because of the perception that it is losing its demand to the cab-haling services which have artificially low fares due to the ongoing war on market dominance.

Despite these obstacles, several STUs have managed to generate small operating surpluses but due to the prevailing tax regime they end up in the red.

In 2015, of the ten STUs that made an operational surplus before taxes, seven slid into losses purely due to direct taxes. Indirect taxes also significantly add to STU costs, especially in the context of fuel.

The decision by the government to introduce a dual-pricing for fuel in 2013 wherein bulk purchasers of diesel were charged a higher rate for diesel than retail consumers, dealt a severe blow to the financial health of STUs.

The policy effectively amounts to subsidising (richer) users of private transport over public transport. It is estimated that in past ten years the total loss of STUs was around 18 per cent of their total revenues.

Public transport should be looked at as public good and the gains from increased use are beyond profit and loss.

Political support and increased capacity are important for public transport development and given that taxes are entirely within the government's ambit, a more progressive tax policy for STUs will do wonders for improving mobility for its residents but also decreasing negative externalities like pollution, congestion and road traffic deaths.

#Traffic, #Delhi, #Public transport
The views and opinions expressed in this article are those of the authors and do not necessarily reflect the official policy or position of DailyO.in or the India Today Group. The writers are solely responsible for any claims arising out of the contents of this article.