Parkash and Sukhbir Singh Badal have transformed Punjab into the most progressive state in India.

What does the voter really want? What influences him the most? Is it development or sentiment? Performance or promise? The forthcoming Assembly elections in Punjab will test this and much more.

At stake is the continuation of the SAD-BJP alliance as a potent political force in the region, the resurgence or the virtual end of the Congress, and the catapulting of Aam Aadmi Party (AAP) into the national league.

Voters are voters. They keep their choice close to their chests and opinion polls and surveys usually serve to please only the bill footers. In such a situation what really counts? 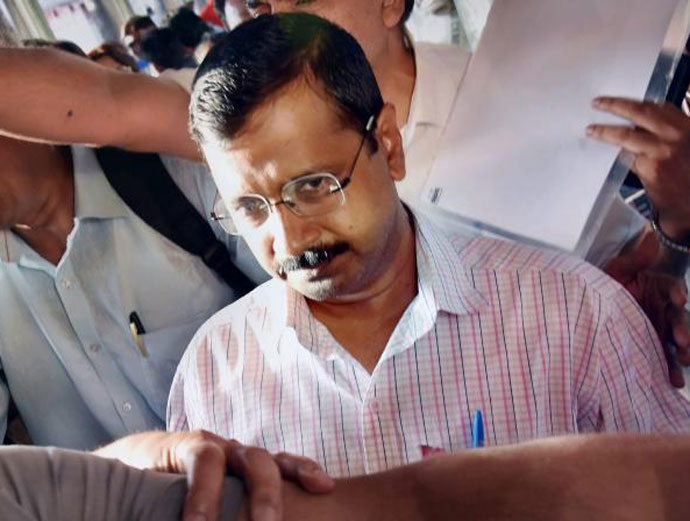 AAP chief Arvind Kejriwal has no crediblity as he has betrayed Punjab farmers on the issue of Sutlej Yamuna Link canal.

I would reckon it is performance and governance. Voters are influenced by real change around them and want to see a visible difference in their lives. Due to this, they would like to reward a responsive and sensitive government which is always ready to take corrective steps when needed. And above all, ensures peace and communal harmony at all costs.

If these were the only barometers at play, the SAD-BJP government would be laughing all the way to the hustings. The alliance government has made Punjab a power surplus state, brought in revolutionary road infrastructure, has ensured near cent per cent provision of water and sewerage facilities, and has successfully implemented innovate social welfare schemes.

But as I mentioned earlier, there are other factors at play also, chief among which is sentiment. The Opposition in Punjab has steered away from taking on the SAD-BJP government on the issue of development. It is relying on an emotional pitch alone by creating a counter narrative which paints Punjab as a den of drug smugglers, and gives the impression that cowboy style justice is the way of the land.

The SAD-BJP government seems to have erred initially in not recognising this propaganda which helped AAP to win four Lok Sabha seats in 2014. This could be because a similar campaign by Rahul Gandhi in the run up to the 2012 Assembly elections did not get similar traction and the SAD-BJP government was able to retain power for a second term. The clever, and, at times mischievous, use of social media held AAP in good steam. But come 2017, all other parties have wizened up to AAP’s game plan. Even a lethargic Congress has upped its social media presence to take on AAP. The SAD has rightly taken on the propaganda head on and now the problem of drugs is no longer a poll issue.

The fact that the government got nearly four lakh candidates vying for police recruitment to take a drug test which revealed a drug incidence of 1.27 per cent has helped the government tremendously. Opposition propaganda on the farming front has also fallen flat due to the commitment of chief minister Parkash Singh Badal to ensure free power to farmers, besides increasing compensation for crop damage and setting up debt settlement tribunals.

The government’s commitment to the weaker sections is there for all to see in the form of the hugely popular "Atta-Daal" scheme, besides others like Shagun scheme for newly married brides from underprivileged families.

With the Opposition politics of propaganda and slander being beaten by the SAD on each and every count, attempts are now being made - both by AAP and Congress - to woo Punjab voters with wild promises. But even on this issue, both parties are finding the going difficult because they are unable to answer why they did not implement any of these promises when in power in the state earlier (Congress), and in Delhi now (AAP).

Now, in the last sprint to the polling machines, what will count is personal credibility.

AAP chief Arvind Kejriwal has no crediblity as he has betrayed Punjab farmers on the issue of Sutlej Yamuna Link canal. Punjab Congress chief Captain Amarinder Singh is defending an abysmal record as chief minister (2002-07) during which he banned recruitment and even took back the free power facility given to farmers by Badal in 1997.

Against this duo, which has nothing new to give to Punjab, are arraigned the duo of CM PS Badal, who has ensured peace and communal harmony in Punjab, and deputy CM Sukhbir Singh Badal, who has with his dynamism transformed Punjab into the most modern and progressive state in the country.

So the choice before voters isn’t really difficult. They only have to look for real development and sift the promises made by Kejriwal and Amarinder against the deliverables of PS Badal and SS Badal. There isn’t really much competition.

Also read: A to Z of Punjab, politics and polls

#Parkash Singh Badal, #AAP, #SAD-BJP alliance, #Punjab Polls
The views and opinions expressed in this article are those of the authors and do not necessarily reflect the official policy or position of DailyO.in or the India Today Group. The writers are solely responsible for any claims arising out of the contents of this article.

The writer is media advisor to deputy chief minister, Punjab.