Who better to deliver the reality check than our own prime minister?

Ask any journalist who has covered a Narendra Modi rally and she will tell you the connect the master orator has with the people. Most walk out feeling he talked directly to them. He is one of the few who is able to invoke the near impossible, a great sense of personal pride in his listeners.

So when our prime minister addressed his first election rally in Jalandhar, Punjab, one hoped he would rise above political compulsions and address the human crisis of unimaginable proportions the state is reeling under.

Impossible to quantify yet impossible not to address: drug abuse, especially by the youth of the state.

What is disappointing is that our PM, instead of showing a mirror to a state in the throes of drug abuse, brushed the issue aside. He asked: "Why are some people saying improper things about the youth of Punjab? Is it just for political interests? Such a discourse is not good."

"Due to selfish interests, some people are trying to humiliate Punjab." 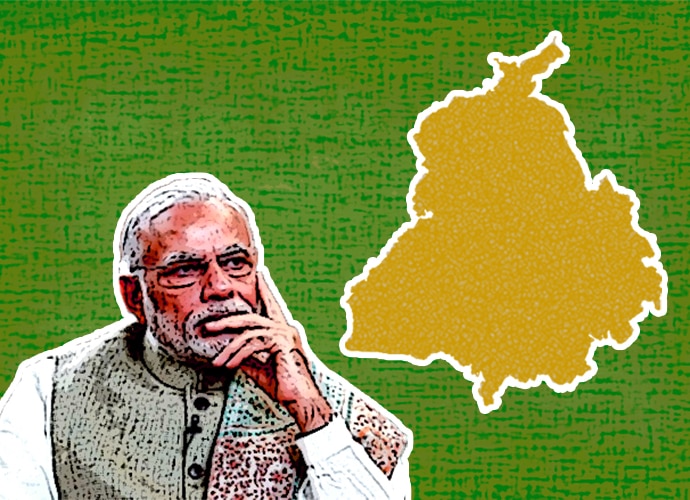 Today, sadly the PM did the same invoking a false sense of pride, while masking the slow ruin of what was once one of India's richest states. [Photo: DailyO]

The PM is right, partly. Nearly all parties in the fray this election, have made political capital out of the emotive issue of drug dependence.

Maybe a bit of humiliation is what Punjab and its youth need to accept the inevitable. Who better to deliver that reality check then your own prime minister?

If it can lead a state towards the path of self-preservation, then a little humiliation would go a long way. But the PM chose to mollycoddle when he needed to be tough.

The PM was right when he said that Punjab was a land of the brave and the courageous. But any Sikh with an inch of self-respect will admit in person that the land of milk, honey and strapping young lads is reaping its most bitter harvest.

By not admitting to the clear signs of dependence leading to a glut of wasted youth, the much celebrated Sikh pride has done little for its lot. Today, sadly the PM did the same invoking a false sense of pride, while masking the slow ruin of what was once one of India's richest states.

Post your comment
#BJP, #Narendra Modi, #Elections, #Punjab
The views and opinions expressed in this article are those of the authors and do not necessarily reflect the official policy or position of DailyO.in or the India Today Group. The writers are solely responsible for any claims arising out of the contents of this article.