Indians are racist, but Africans not nice either

This is just another Third World country for them where the cops are easy to bribe and drugs are easy to get.

Now that the dust has settled on the murder of the African boy in Kishangarh, Delhi and the boy beaten up in the parking lot in Hyderabad and the family roughed up in Rajpur village in Delhi's Chhatarpur, and African diplomats being upset and assuaged, and minister of external affairs Sushma Swaraj asking us to stop Africans on the road to tell them India loved them and Goa chief minister Laxmikant Parsekar saying that Nigerians in Goa were annoying and minister of state for external affairs VK Singh saying it was all a "minor scuffle" blown out of proportion, it is perhaps time to ask some serious questions about the condition of Africans in India.

Yes, we are the most racist people on earth and not just to the blacks but to darker-skinned people among us as well. There is no shimmer of suspicion in that.

But are the Africans any less racist? They, like the people from the Northeast, are egregiously endogamous, do not mix with mainland Indians and are quite racist to us too. The Africans beating up the Ola driver is just an extreme example.

Also read - Dear Sushma Swaraj: Why offer more security to Africans if attacks were not racist?

But I have not found Africans the friendliest people to me at all. I lived in Kishangarh for over five years and my homosexuality saw them being quite hostile to me. African countries remain the most homophobic in the world, whether or not the US has no right to say so because it is even worse. 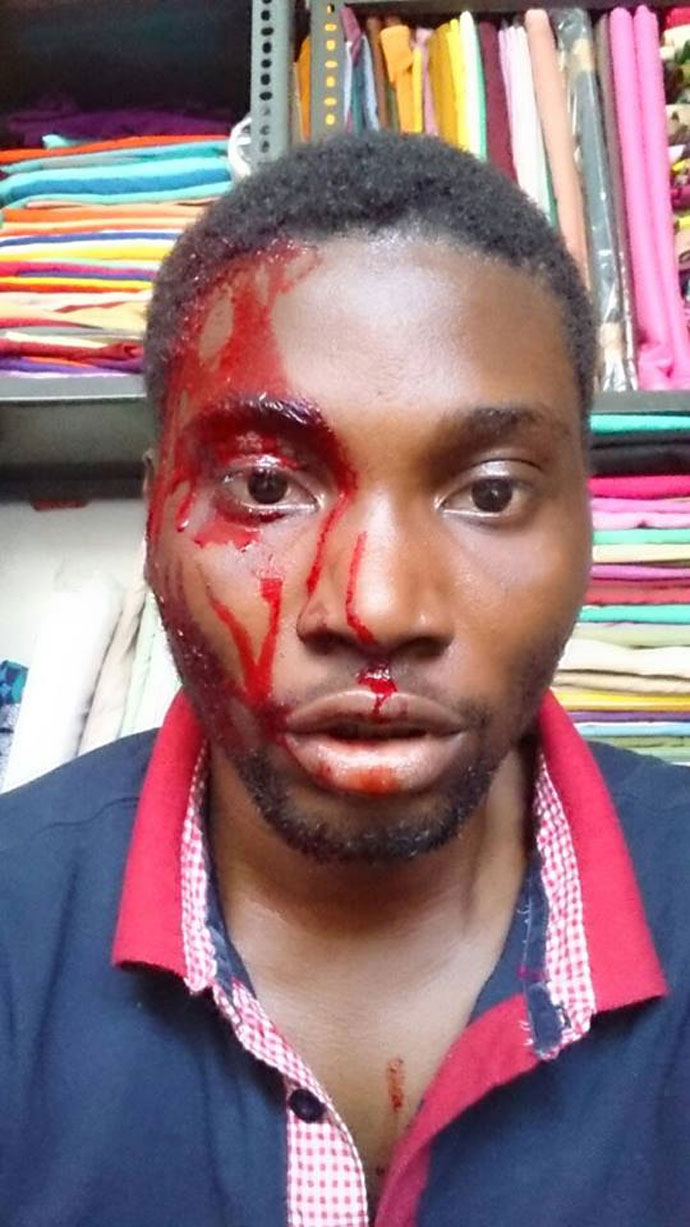 The African youth who was attacked in Hyderabad.

I also saw them do drugs at 3am in the middle of the street, snorting stuff from the tops of cars, I saw them striking deals with the local police on a regular basis, I saw them harassing women, I saw African women getting out of cars full of Punjabi boys at 3am with the African men on guard.

Also read: African youth on how an Indian mob nearly took his life

I have nothing against drug use and sex work as individual practices. But these are systems here and systems based on corruption, exploitation and violence. The Africans in Kishangarh and Rajpur village only come out at night. The only time you see them in the day is on Sunday when they carry fat Bibles and go to church pretending to be Christian. Indeed, many are Christian fundamentalists. Christianity and drugs go well anyway as the history of the Catholic Church shows us.

If Indians know nothing about Africa, Africans know nothing about India. This is just another Third World country for them where the cops are easy to bribe and drugs are easy to get and laws are loose and getting in illegally is easy and getting out is easy too. Africans dare not try any of the things they do here in a place like Singapore or they'll be in jail in seconds. There's a reason why they are here and it is systemic.

So let's stop making it sound like these lovely people are coming here to find out all about our lovely culture and we are harassing them. They are here for systemic reasons. Some people in the system are benefiting from their being here.

Sure we have been harassing them but they are harassing us too. It is high time we recognised this and did something about it. Both about the racism but also about the corrupt system that lets the Africans do unregulated drug and sex work here.

#Africa, #Racism, #Racial Attacks
The views and opinions expressed in this article are those of the authors and do not necessarily reflect the official policy or position of DailyO.in or the India Today Group. The writers are solely responsible for any claims arising out of the contents of this article.