By getting rid of Raghuram Rajan as RBI governor, Modi risks losing face

A youth icon and a man of integrity, the RBI governor has done an impeccable job in tough times.

The Reserve Bank of India has seen several exceptional persons with both, academic brilliance and integrity, as its governors. Raghuram Rajan is not the first on these two counts. But he has been the most popular.

He has struck a chord with citizens across the country, especially with the youth. He is akin to a rock star - an icon for the youth. Someone who was already a global name before he decided to return to India to be in public service.

This probably explains why an extension, when he completes his three-year term this September, is today a public debate. It is also an event which investors and economists not just in India but the world over are watching keenly. They would be extremely disappointed if Rajan is shown the door in September. They believe, like many Indians, that he has done an impeccable job in tough times. 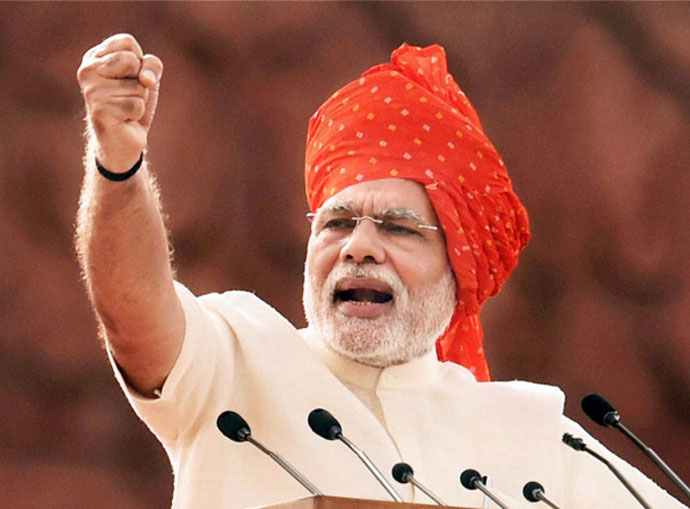 Both PM Modi and Rajan have emerged as youth icons.

The decision will be taken by PM Narendra Modi as is the case with decisions pertaining to RBI governors.

So why should PM Modi choose very carefully? And why his decision will not just be a judgment on Rajan, but on himself as well?

Here are the reasons:

1) Ever since PM Modi took charge, he has been on a mission to take India to the rest of the world. He has travelled at a frenetic pace across the globe. And while he may have been criticised for this, the fact is that his efforts have brought the world to discuss India like never before. He sees India sitting at the high table in global policy making.

Also read: Swamy wants to send Raghuram Rajan to Chicago. Why not Pakistan?

Rajan is a globally celebrated Indian. When he speaks, the world listens. Professor Jagdish Bhagwati, the highly-celebrated economist whom Modi admires, once told me in an interview: "Rajan should be groomed by India to someday head a global institution like the IMF." Why then would PM Modi not want Rajan around longer?

2) PM Modi has time and again stressed on the fact that he is averse to crony capitalism. And detests corruption. Rajan has echoed the same views and has in fact gone after wilful defaulters in a manner no one else has. He has sworn to clean up the banking sector mess and push banks to act against the fat cats who have milked public sector banks.

I am sure there are many lobbies at work against Rajan getting an extension given the ferocity with which he has gone after the defaulters.

3) PM Modi has stated time and again how financial inclusion is on top of his agenda. Jan Dhan and several such schemes that seek to bring everyone into the financial sector has been a huge success story so far. Rajan has the same belief.

He has told me in several interviews how financial inclusion is his biggest goal too. In fact, he has taken this up as mission within the RBI. Rajan has himself travelled across the country to ensure the agenda is on track.

4) PM Modi has stressed on providing a corruption-free administration. While there may have been many diverse opinions on Rajan’s policy approach, there has never to date been any doubt on his integrity. If integrity is indeed so important to the PM, why would he not value Rajan?

5) PM Modi’s biggest support has come from the youth of the country. His biggest constituency is the youth. And that is because he speaks to them. He understands their aspirations and the need to give wings to their dreams.

During his term, Rajan too has emerged as a youth icon. He is often seen in academic institutions addressing students on a range of issues. He too, like PM Modi, believes India’s future lies with its youth. And he makes an effort to speak to them. He wants to take banking and finance to the masses.

6) PM Modi has said time and again he believes in merit. And he does not believe in trashing a decision taken by previous governments just for the sake of it. In fact, he recently granted an extension to SEBI Chairman UK Sinha, who too was a UPA appointee.

PM Modi is a strong leader. He has it in him to drive through a decision if he believes in it. Why then PM Modi would not want Rajan around longer?

Post your comment
#RBI, #Narendra Modi, #Raghuram Rajan
The views and opinions expressed in this article are those of the authors and do not necessarily reflect the official policy or position of DailyO.in or the India Today Group. The writers are solely responsible for any claims arising out of the contents of this article.

The writer is Founder and Editor-in-Chief, The MoneyMile