If Rahul Gandhi is 'lying', the BJP has miserably failed to nail him

The BJP leadership's weak defence against the Congress president’s serious charges has cost the party dear. If Rahul gathers steam and the BJP loses some, it could well see 2019 slipping from its grasp.

During the recent debate on the Rafale deal in the just-concluded Winter Session of Parliament, the Lok Sabha witnessed fireworks as Congress president Rahul Gandhi launched an offensive against Prime Minister Narendra Modi.

However, he was strongly rebutted by Finance Minister Arun Jaitley, Defence Minister Nirmala Sitharaman and other BJP leaders, such as Anurag Thakur.

But this was only the first time that the BJP was seen returning the volley of personal attacks from Rahul in the same coin.

Otherwise, the BJP has been ducking his diatribes. Even if PM Modi, BJP president Amit Shah or any other senior leader sought to counter Rahul, they presented a weak defence or retorted feebly to the Congress president’s serious charges.

This has cost the BJP dear.

It lost the three heartland states of Rajasthan, Madhya Pradesh (MP) and Chhattisgarh. Did Rahul Gandhi's Rafale charges have a part to play in the BJP's defeat in Rajasthan, Madhya Pradesh and Chhattisgarh? (Photo: India Today)

The BJP’s aggression was missing throughout the campaigning for elections to these states. It failed to match Rahul in his political game.

Rahul continues with his blame game. This, despite the Supreme Court judgment giving a clean chit to the Modi government and despite all stakeholders in the Rafale deal, such as the French government, Rafale fighter jet makers Dassault, their offset partner Reliance Defence and, of course, the Indian government strongly refuting Rahul’s allegations.

There is some hope for the BJP in the forthcoming 2019 general elections only if it displays the same aggression as it had done during the debate on the Rafale deal in the Lok Sabha during the Winter Session.

Otherwise, it is likely to meet the same fate it did in the three states of Rajasthan, MP and Chhattisgarh.

Rahul has been slowly and gradually ratcheting up the intensity of his charges ever since he raked up the Rafale issue for the first time during the Gujarat assembly election in November 2017.

Initially, he just questioned Modi over the deal and alleged favouritism to a "businessman".

His charges have become sharper by the day. He raised the matter in the Budget and Monsoon Sessions of Parliament last year. After the Gujarat election, he took it up also in the Karnataka polls in May last year.

The Congress president has notched up name-calling to the extent of addressing Modi as “chor (thief)” and corrupt during campaigning for the Rajasthan, MP and Chhattisgarh elections. His common refrain since has been “chowkidar chor hai" (the guard is a thief).

Till then, the BJP perhaps hoodwinked itself into thinking that Rahul Gandhi’s allegations would not stick to it or harm its prospects.

For instance, during the no-confidence motion in the Monsoon Session of Parliament last year, when Rahul embraced Modi and was seen winking thereafter, he went on the offensive to corner the BJP over the Rafale deal. But neither the prime minister, nor any senior leader cared to counter his charges.

He claimed that French President Emmanuel Macron had told him that there was no secrecy clause regarding the price of the 36 Rafale fighter jets being bought by India in flyaway condition.

Within hours of his statement, the French government issued an official statement to counter Rahul's claim, confirming that there indeed was a secrecy pact between India and France – however, Modi, his ministers and BJP MPs were found wanting in taking Rahul head-on inside Parliament.

Rahul got an excuse and went on to state that Modi did not have the guts to not just reply to his charges but even look into his eyes.

During the campaigning for the recently-held assembly elections in Telangana and Mizoram, besides Rajasthan, MP and Chhattisgarh, Rahul kept launching frontal attacks on Modi. But neither Modi, nor Shah effectively countered Rahul.

The top BJP leaders gave an account of the works done by the NDA government and the party governments in the three Hindi-speaking states. They also gave a blueprint of the works they would do till 2022 – but they were seen avoiding replying with great strength and vigour to Rahul’s allegations.

This meek manner on their part may have created a perception that Rahul was right and that the BJP had something to hide and, hence, it was on the defensive. In my view, that cost the BJP its three states, two of which (MP and Chhattisgarh) it had been governing for the past 15 years.

Having learnt a lesson the hard way, the ruling party seems to have reworked its strategy, at least in the Winter Session of the Parliament. The Congress has been gradually ratcheting up the intensity of charges on the Rafale issue. (Photo: PTI)

When Rahul hurled charges at the PM, Jaitley stood up to not just defend him but attacked the Congress president harder. He alleged that Rahul was lying.

“This man lies repeatedly. He lies five times a day. He is afraid of authenticating conversations and documents... The manner in which he takes liberties with truth is unprecedented,” said Jaitley.

He was speaking about Rahul Gandhi’s attempt to play an audio clip alleging that the Rafale deal papers were with the Goa chief minister and former Defence Minister Manohar Parrikar.

He said there are some people who have a natural dislike for truth. “From the first to the last word which he [Rahul] has spoken for the last six months has been utterly false,” he said.

What Jaitley should have said in the Monsoon Session, he said in the Winter Session instead. “Rahul Gandhi lied the last time also in Parliament.” He was referring to Rahul mentioning during the no-confidence motion that French President Macron had told him there was no secret clause between the two countries regarding the pricing of Rafale aircraft.

“He [Rahul] manufactured a conversation with the French president which the latter denied. But he repeats that falsehood,” Jaitley went on to say.

Jaitley likened Rahul to a kindergarten boy and said even the latter would know what a combat aircraft is.

The finance minister also launched a personal attack on Rahul Gandhi and his family. 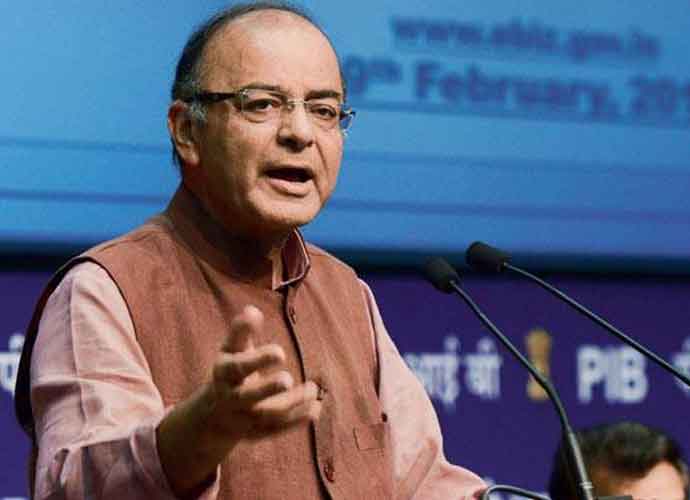 The BJP has been dismissing the Congress' charges on the Rafale deal. But is it too little, too late? (Photo: PTI)

Taking a cue from Rahul Gandhi, who had used an abbreviation 'AA' to refer to businessman Anil Ambani, Arun Jaitley mentioned controversial Italian businessman Ottavio Quattrocchi’s name linked to the Bofors deal. He said when Rahul was playing in the lap of one 'Q', the Congress sought to protect 'Q' at all costs.

Jaitley sought to put the Gandhis in the dock by mentioning the National Herald case and the controversial AgustaWestland chopper deal.

Referring to the recently extradited middleman in the VVIP chopper deal, Christian Michel, Jaitley also said he had sent emails in 2008-09 referring to “Mrs Gandhi”, “R”, “Italian lady”, “son of Italian lady” and “son will speak to the mother”.

Jaitley, Modi, Shah and other senior BJP leaders may be convinced that the Gandhi family is hatching a conspiracy or Rahul Gandhi may be lying. However, except once – during the Winter Session of Parliament – the BJP has miserably failed to counter him.

If they still remain complacent, thinking Rahul is a “Pappu”, the 2019 Lok Sabha elections may go the Rajasthan, MP and Chhattisgarh way.

#Narendra Modi, #Rafale, #Congress, #BJP
The views and opinions expressed in this article are those of the authors and do not necessarily reflect the official policy or position of DailyO.in or the India Today Group. The writers are solely responsible for any claims arising out of the contents of this article.