D Raja: 'If Rahul Gandhi wants to show respect for the South, why not contest from Kanyakumari? Or Andaman & Nicobar?'

Speaking with Rohit E David, Raja said the Congress fielding Rahul Gandhi in Wayanad against the Left made no sense and Rahul would be embarrassed as the Left will fight to win.

Congress President Rahul Gandhi has filed his nomination to contest the national election from Kerala's Wayanad — which is his second seat in addition to Amethi in Uttar Pradesh.

Communist parties have been opposing his move to contest from the southern state.

D Raja, National Secretary of the Communist Party of India (CPI), spoke with DailyO on whether this was the right decision taken by the Congress — and how this move will impact ties.

Q. Rahul Gandhi has filed his nomination from Wayanad — how will this help the Congress in the South?

This is exactly what I have been questioning the Congress party? What message does the Congress want to send out to the country by fielding its national president against the Left?

What is the political logic? What message do they want to convey nationally? 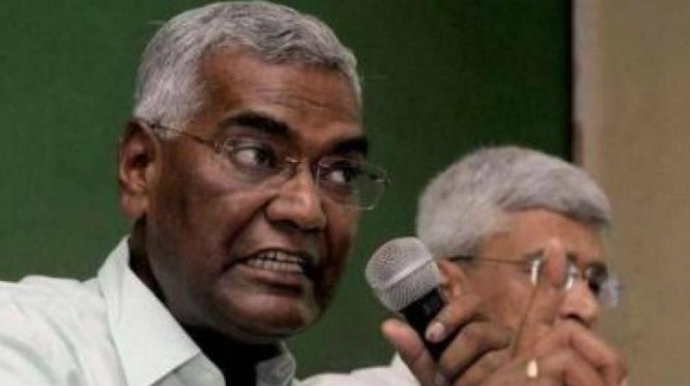 Q. So, why has Rahul Gandhi chosen to fight the Left and not the BJP?

This is for Congress party to reply — the reasons the Congress party is giving are absurd. They say, it is to convey that Rahul Gandhi respects the sentiments of the Southern people. As if he has been waiting till elections to demonstrate his sentiments for the people of south! If that is so, then he can be taken to Andaman Nicobar islands — that is also part of the south or Kanyakumari — that is the southernmost tip of the mainland.

I accuse the present leadership of the Congress party for subjecting its national president to such an embarrassment for seeing him fight against the Left. We will fight to win. We cannot leave the field, we are already in campaign and our candidate is going around. Congress party should have thought of many far-reaching implications. This is a short-sighted decision of the Congress party.

Q. Is this the end of the Congress-Left alliance?

I don't say that. They have not seriously thought of this decision. Many national dailies have pointed out, it is a wrong decision.

Q. Has Congress failed to have a connect with the common masses?

Not only Kerala, what is this approach of the Congress party — everyone is questioning. 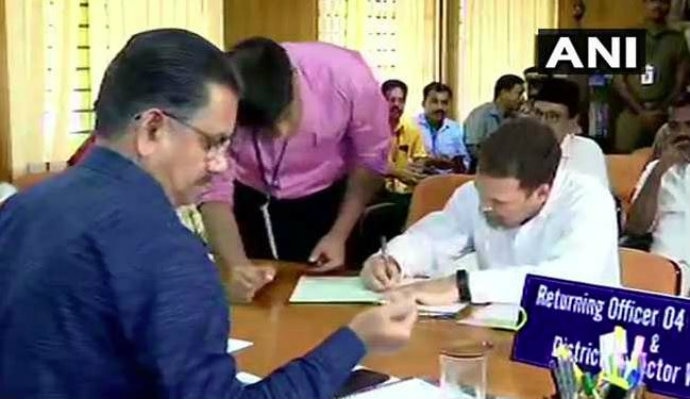 Q. Speaking of approaches, is your own party modern enough for today’s youth?

Yes, I think so. Communist ideology is one which is evolving continuously and no one questions the relevance of our ideology. What is happening in the US after the Wall Street movement, how people are agitating against their policies, is quite clear.

The issue is neo-liberal policies have led to the attack on people's rights and freedom, which is happening everywhere.

It's happening in India too.

Q. One week before elections, how would you rate Narendra Modi’s performance?

What is there to rate? We have been asking people to defeat him and save the country. Modi has become a symbol of authoritarianism — he wants to control everything. Amit Shah should not have made this statement that, 'Only Modi can save the security of the nation'.

Q. But Sabarimala was an issue on which Rahul Gandhi and the Congress sounded like the BJP and Modi. Your thoughts?

Post your comment
#Left Front, #Lok Sabha election 2019, #D raja, #Wayanad
The views and opinions expressed in this article are those of the authors and do not necessarily reflect the official policy or position of DailyO.in or the India Today Group. The writers are solely responsible for any claims arising out of the contents of this article.