The next step for Rahul Gandhi 2.0

After a humiliating defeat, Rahul is in a quandary. Should he defy his family, courtiers and stick to his decision? Or should he take the easy way out, set in motion a half-hearted effort to find a replacement

Three weeks after leading the Congress to one of the most humiliating defeats in its history, Rahul Gandhi is still the party’s president. He rightly wants to resign, taking responsibility for the defeat. But his party won’t set him free. So what should a politician five days from his 49th birthday do?

In any other evolved democracy, the rules are simple: you lose, you resign. You leave. No one stops you. Indian democracy is different. Losers rarely go anywhere. When Sonia Gandhi as Congress president led the party to a historic low of 44 Lok Sabha seats in 2014, there wasn’t a whisper of protest against her leadership. When Mayawati’s Bahujan Samaj Party and the late Karunanidhi’s Dravida Munnetra Kazhagam were wiped out in 2014, again not a murmur.

We should, therefore, welcome Rahul’s decision to resign. It will set a good precedent for family enterprises masquerading as political parties. But will Rahul be allowed to leave by his sycophants? And does he really want to go or is his decision a knee-jerk reaction to a humiliating defeat that he has taken personally? 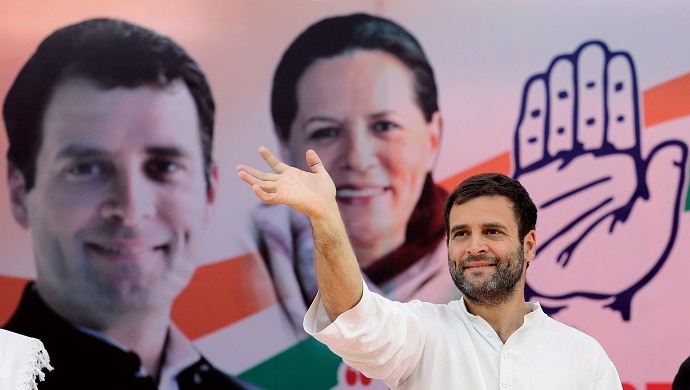 Rahul Gandhi needs to prep for the second run as president of Congress. (Photo: Reuters)

Let’s give Rahul the benefit of the doubt. He genuinely believed the Congress would stop the Bharatiya Janata Party in its tracks, say at around 210 seats, in the 2019 Lok Sabha election and end Narendra Modi’s bid to secure a second successive term as Prime Minister. History was on Rahul’s side. No non-Congress PM had won two consecutive terms in 72 years since India’s Independence. Even the last Congress PM to do so was Rahul’s grandmother, Indira Gandhi, half-a-century ago in 1966 and 1971.

What made Modi’s victory especially traumatic for Rahul was not only its scale but the realisation that three key prongs of his electoral strategy, in which he had invested enormous personal political capital, had misfired.

First, Rafale. There was no evidence of corruption, only innuendo. Voters were unimpressed. Second, jobs. The correlation between unemployment and electoral success simply doesn’t exist. Job statistics were excellent during both Atal Bihari Vajpayee’s 2004 and Dr Manmohan Singh’s 2014 prime ministerships. Both still lost.

NoMo Jobs! The Fuhrer promised us 2 Cr jobs a year. 5 years later, his leaked job creation report card reveals a National Disaster. Unemployment is at its highest in 45 yrs. 6.5 Cr youth are jobless in 2017-18 alone. Time for NoMo2Go. #HowsTheJobs pic.twitter.com/nbX4iYmsiZ

Third, caste. As the 2019 Lok Sabha election results in Uttar Pradesh demonstrated, voters have moved beyond caste. Large numbers of Yadavs, long regarded by the Samajwadi Party as a secure vote bank, voted for the BJP. It has prompted Mayawati to end the gathbandhan with the Samajwadi Party for 11 bypolls in UP due later this year with the cruel aside: “Akhilesh couldn’t even make his wife Dimple Yadav win.”

The Congress shot itself in the foot by refusing an alliance with the Aam Aadmi Party (AAP) in Delhi and Haryana. It gifted the BJP at least 10 seats in these two states. It also erred by not tying up with the Left in West Bengal. That would have stemmed the BJP’s surge in the state.

Worst of all was Priyanka Gandhi Vadra’s remark mid-election that the Congress was working towards installing its own CM in Uttar Pradesh in 2022. That upset Mayawati and Akhilesh Yadav, neither of whom intends to cede an inch to the Congress in the 2022 UP Assembly election. Priyanka’s ill-timed remark and the Congress’ decision to contest all 80 seats in UP, divided the Muslim vote, again gifting the BJP valuable seats. These strategic errors of judgment have forced Rahul to do a post-mortem of the election and think about how much India has changed. To his credit, Rahul has belatedly recognised the implications of this change. His mother hasn’t. His sister hasn’t either. Both are quietly plotting to make him change his mind about resigning as Congress president. Both are aghast at the prospect of a non-Nehru-Gandhi leading the Congress. The last time that happened in 1998, it didn’t end well, certainly not for Sitaram Kesri.

This leaves Rahul in a quandary. Should he defy his family and courtiers like Ahmed Patel and stick to his decision? Or should he take the easy way out, set in motion a half-hearted effort to find a replacement (no one will dare come forward, risking Sonia’s and Priyanka’s wrath) and then “reluctantly” stay on to respect the party’s wishes?

But if Rahul shows spunk and sticks to his decision to quit as Congress president, what job could he next do? He could take a pointer from YS Jaganmohan Reddy, who went on a six-month padayatra and re-established his connect with rural India. 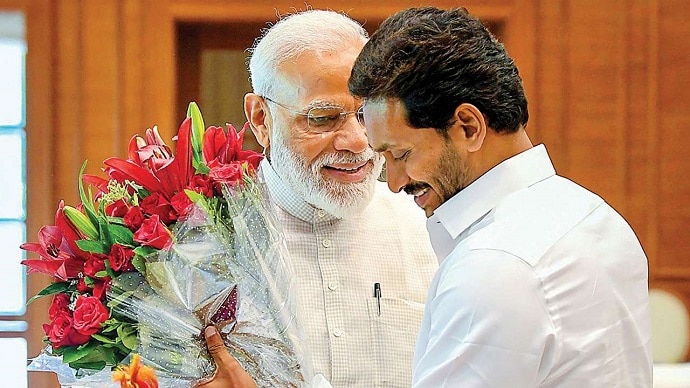 Reddy is also a dynast. His father, YS Rajasekhara Reddy (YSR), the former CM of Andhra Pradesh, was the Congress’ prime fundraiser and vote-getter. Of the 145 seats the Congress won in the Lok Sabha in 2004, undivided Andhra Pradesh under YSR contributed 29 seats. Without them, there would have been no UPA I government.

The investment banker and author, Ruchir Sharma, writes in his book, Democracy On the Road: A 25-year Journey Through India, about a two-hour meeting his travelling group had with Rahul Gandhi in 2007: “Rahul spoke for one hour 59 minutes over a two-hour dinner.” There’s a lesson in that for Rahul on how he could spend the next five years: listening.

Post your comment
#Priyanka gandhi vadra, #Ysrcp, #Jagan mohan reddy, #Congress
The views and opinions expressed in this article are those of the authors and do not necessarily reflect the official policy or position of DailyO.in or the India Today Group. The writers are solely responsible for any claims arising out of the contents of this article.