The intertwining of 'religion and government' is going to be Congress president's biggest political battle.

Rahul Gandhi is a rarity - even within Congress - as far as mainstream politicians who display the honesty, courage or clarity to call Hindutva for what it actually is, an Indian version of fascism, adopted by Hindu ideologues as soon as it was born in Europe nearly a century ago.

In his many statements and speeches since the rise of Narendra Modi to power in 2014, the Congress president has used the word "fascism" to refer to a broad agenda of political majoritarianism and cultural supremacy as practised by the BJP, its ideological mentor, the Rashtriya Swayamsevak Sangh (RSS), or the large army of Hindutva foot soldiers that the Sangh commands.

So much so that in a clear turning of the fascism trope on its head, the 47-year-old leader once asked the Left parties to make their stand clear on the fight against the "BJP and the fascist forces" in India. The history of fascism across the world has largely witnessed a predominantly Marxist or socialist resistance to it. In making that call, Rahul was essentially redefining the party he now leads as "more Left" than the Left.

But when fascist tendencies entered Indian political life in the 1920s, much before India's Independence, there was no BJP. There was the Hindu Mahasabha, followed by the formation of the RSS a decade later. Shortly after Independence in 1947, the Bharatiya Jana Sangh was formed as a political wing of the RSS.

Today, while the RSS continues to be the ideological fountainhead of what is known as the Sangh Parivar, its political activities are now mainly carried out by the BJP, formed a little less than four decades ago in 1980.

Of course, preceding all these organisations is the Indian National Congress, the Grand Old Party, formed in the 19th century to first resist British colonialism, and after 1947, as the architect of modern India.

However, as a behemoth in post-partition India that aims at negotiating the complex social and communal fabric of India, the Congress has never been free from what can roughly be called the same "fascist" traits that Hindu organisations openly sworn to the ideology had.

While history is filled with references to such an anomaly within the Congress, consider just one for now. Today, as Rahul Gandhi's Congress gloats over giving a real fight to the "fascist" forces in Gujarat, the party should never forget that its tallest leader in the state, before he quit the party, was Shankarsinh Vaghela - a former RSS and BJP veteran, who was also once a mentor to Modi.

Rahul's claims of fighting fascism notwithstanding, the Congress's Gujarat campaign this year saw not only the party muting Muslims from the conversation, but also asserting Rahul's "janeu-dhari Brahmin" status as underlined by his many temple visits.

With less than two years to fight what will effectively be the biggest electoral battle against fascism, it is, therefore, critical to get the newly elected Congress president's views on some of the questions built on Laurence W Britt's 14 traits of fascism as he outlined in the Free Inquiry magazine.

3) Identification of enemies as a unifying cause

4) Supremacy of the military

11) Disdain for intellectuals and the arts

12) Obsession with crime and punishment

The intertwining of "religion and government" is going to be Rahul Gandhi's biggest political battle. And he cannot do this with his assertion of a Brahminical identity. While the BJP has monopolised religion for its political abuse, the Congress is seen walking on limbs when a counter-narrative is expected. How will he rescue Hinduism, a benign and tolerant entity for thousands of years, from Hindutva that imagines a theocratic Hindu India?

The "powerful and continuing nationalism" which is "obsessed with national security", according to Britt, are the major traits of fascism. That idea has one of its ardent followers in somebody no less than the prime minister of India. Modi's monopoly over what constitutes nationalism or patriotism was most visible during the Gujarat campaign itself when he, in one shock swoop, put a former prime minister, a former Army chief, and a group of distinguished people at Mani Shankar Aiyar's house to conjure a conspiracy theory that Pakistan wants Ahmed Patel as Gujarat chief minister.

"God help the country whose prime minister is now in such a frame of mind," wrote columnist Pratap Bhanu Mehta, who very well knows that that exactly is the default mindset of the Hindutva brigade, who hound dissenters on social media or outside as members of an "anti-national" cabal. "Go to Pakistan" in India is not just a travel advisory.

This, in my opinion, is going to be Rahul's second major challenge: to rescue the nation from extreme nationalism. The bigger question is: how?

"Disdain for human rights" is fascism's second trait. Sadly, it's one record that the Congress can claim no higher moral ground than the BJP. Whether it's Kashmir or Chhattisgarh or any war zone within the country, or sexuality, or death penalty, India's dismal and appalling ranking on global indices is not just a BJP handiwork. The war against fascism is an assertion of human rights. What's his plan? 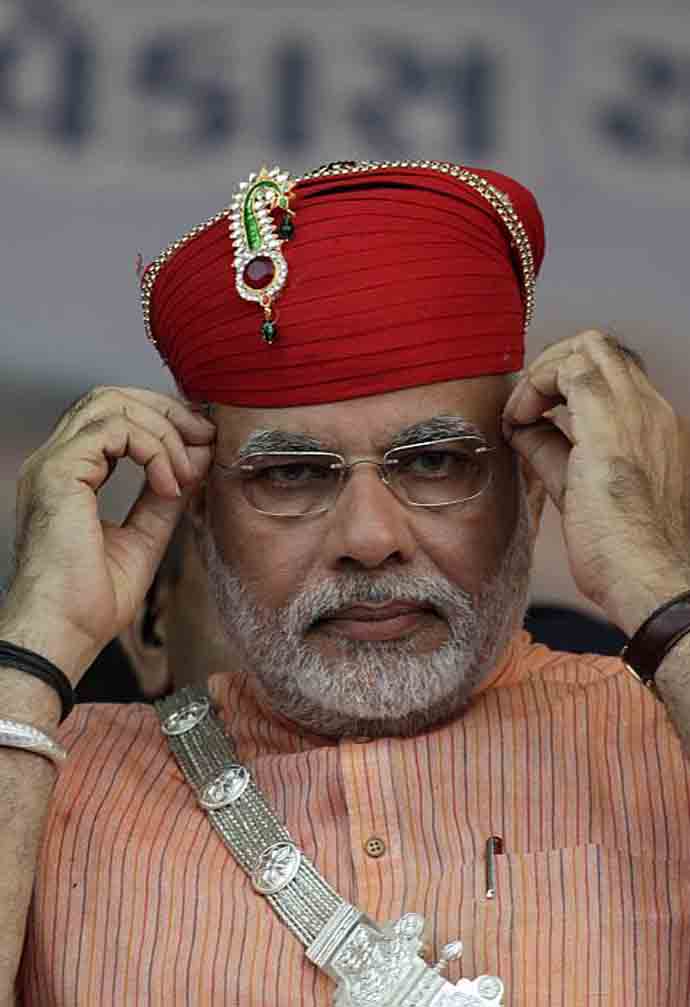 For Britt, the "identification of enemies as a unifying cause" is the third trait of fascism. To be fair to the Congress president, he tried his best to divert the high-pitched Gujarat campaign to issues involving the real enemies - poverty, unemployment, price rise etc. But how far can he go with this alternate discourse?

Fascism thrives in a culture which celebrates the "supremacy of the military". Now, unlike Pakistan, India has a robust check-and-balance regime, where the various wings of the government, though autonomous,  co-exist and work together. However, there has recently been a massive dumbing down of dissenting opinions by the government as well as Hindutva trolls on Twitter and Facebook, who valorise and hide behind a soldier to attack an "anti-national" remark. The whataboutery in Indian political discourse perhaps began here.

So deeply entrenched this form of thinking has become today that it is going to be perhaps one of the thorniest issues for Rahul to address, though I doubt he will even think of touching it.

Then, there is the "protection of corporate power", which is also closely related to another trait of fascism: "suppression of labour power". This is one area which needs immediate attention. And it cannot be done by a Congress whose Punjab government recently declared truck unions illegal. While the BJP is identified as a pro-corporate party, the Congress must be seen standing with India's millions of labourers in organised and unorganised sectors who are most hit by the onslaught of a neoliberal market that suspects and suppresses workers.

An allied issue here is the "controlled mass media", especially the news industry, which, in my opinion, is as big a story as fascism itself. The capitulation of media to state power also had a related outcome: the growing "disdain for intellectuals and the arts", which is another trait of fascism.

In short, for Rahul to emerge as the harbinger of a new and alternate politics in India, it is important that he makes his Congress distinct from the BJP. That can only be done when resistance to fascism is not just another "jumla", but the chalking out of an actual political programme that seeks to free India from its myriad parochialism.

As Rahul begins his innings as the leader the dissenting nation would now look forward to the most, he must appear and act as a leader who means his words and gets his hands dirty.

Also read: [Poem] Fog of fascism has arrived in India. Brace for a long winter

Post your comment
#Hindutva, #Modi, #Rahul Gandhi, #Fascism
The views and opinions expressed in this article are those of the authors and do not necessarily reflect the official policy or position of DailyO.in or the India Today Group. The writers are solely responsible for any claims arising out of the contents of this article.