Prashant Kishor has added his own imprint to the strategy and that may be the difference between the party's success and failure.

Expectations will certainly vary and the success or failure of Congress vice-president Rahul Gandhi's 25-day-long kisan yatra will be evaluated based on how many seats the party will eventually win.

But there have been some instant results, even before the yatra has begun. Thanks to some meticulous planning by election strategist Prashant Kishor, the party has been able to create a momentum and enthusiasm among grass roots workers.

Whether the strategy works out or not, the party has a CM candidate in place, a new president and most state stalwarts are spending more time in Uttar Pradesh than in Delhi, waiting to meet party president Sonia Gandhi and Rahul.

"To get all top leaders in bus and make them crisscross the state for 45 days is no mean achievement," says a UP Congress leader referring to the ongoing journey by a bus which has on board chief minister candidate Sheila Dikshit, AICC general secretary in-charge Ghulam Nabi Azad, state Congress chief Raj Babbar and chief of campaign committee Sanjay Sinh.

That's a welcome change for the party as in the past most elections have been fought as a divided house. Perhaps, nobody is expecting the Congress to have a serious claim to power and, therefore, leaders may have assumed they have hardly anything to fight for.

Once the show of unity has been achieved, the party now has focused on serious mass connect. And for that, Kishor has fallen back on the age-old Congress strategy of wooing the farmers, labourers and downtrodden. 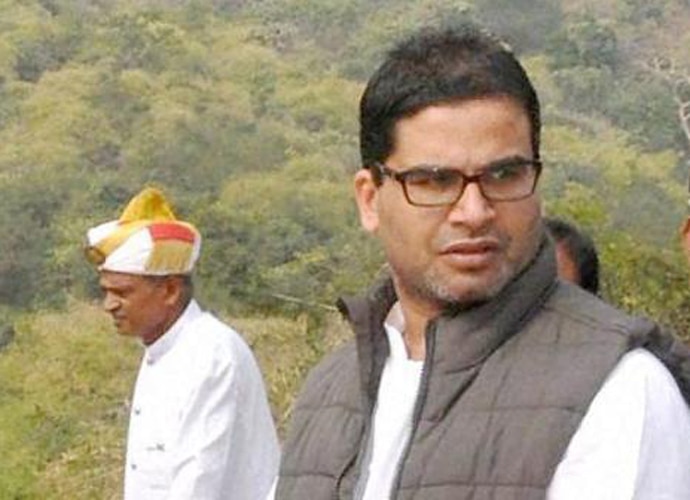 Of course, he has added his own imprint to the strategy and that may be the difference between success and failure, depending on how ambitious the goal is.

From today Rahul Gandhi has embarked on an arduous 2,500-km-long door-to-door padyatra from Deoria in eastern UP. Called the Deoria-Delhi kisan padyatra, the long march will culminate with a farmers' rally in Delhi on October 2.

The padyatra will involve Rahul visiting farm households in person in as many as 225 Assembly constituencies. Every farm household the party contacts will have a receipt mentioning the family head's name and his agriculture loan.

Next to the loan amount will be a Congress seal with bold words "loan waived". The receipt is the counterfoil of a form called "Kisaan Maang Patra", which the party will keep.

While the mechanism may have Kishor's innovation, it's not difficult why the party has adopted this strategy. Waiving farm loan is a tactic that won Congress a surprise victory in the 2009 Parliamentary elections.

In Punjab too, Amarinder Singh is running a similar campaign and has promised a waiver of farm loans and cuts in electricity tariff.

According to the Congress estimate, an average farmer in UP is burdened with a debt of Rs 27,300. This means that the total cost of the promised debt waiver will be close to Rs 50,000 crore.

Post your comment
#Congress, #UP Polls 2017, #Rahul Gandhi, #Kisan Yatra
The views and opinions expressed in this article are those of the authors and do not necessarily reflect the official policy or position of DailyO.in or the India Today Group. The writers are solely responsible for any claims arising out of the contents of this article.