The vice-president is really a political deadweight now.

It is a truth universally acknowledged that whichever political project Rahul Gandhi adopts as his own, turns to dust in almost no time. The Congress vice-president who at 45 is still being considered a youth leader, is really no match for the trend-setting, vote-magnate that Prime Minister Narendra Modi is.

But, more importantly, Rahul is what the Congress is tied to, as a tether, and now it’s time to ask the question if the party vice-president is the rock that is taking the Congress down with him.

The results from the five Assembly elections are proof that the relative electoral success of the Congress party is not because of, but despite Rahul Gandhi, particularly in Punjab, Goa and Manipur. 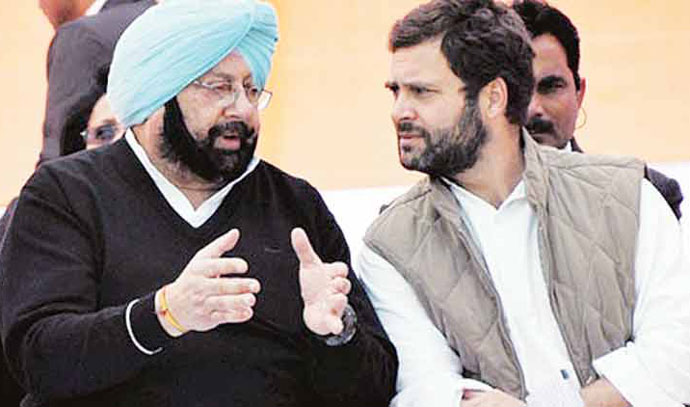 The results from the Assembly elections are proof that the relative electoral success of the Congress is not because of, but despite Rahul Gandhi, particularly in Punjab, Goa and Manipur.

In Uttar Pradesh, where Rahul was proactive in pushing his agenda, he not only lost the polls, but also took Akhilesh Yadav down with him. The “UP ke ladke” taunt at Modi backfired, while the cycle staggered and could hardly move ahead. Akhilesh blundered by giving over 60 seats to Congress and killing its own chances.

In Punjab, it is Captain Amarinder Singh who turned 75 today and succeeded in the Assembly elections with a huge margin. It’s pertinent to remember that Rahul wasn’t very keen on the Captain, and it was only in the fag end, that he was finally installed as the CM face of Congress in the state.

In Manipur once again, it’s Okram Ibobi Singh who has done well, and has used the Naga economic blockade to turn around anti-incumbency. The top Congress leaders, including Rahul, were hardly visible in Manipur, except in the last leg, and that too was turned into a fake “coconut” controversy by the BJP strategists.

In Goa, Congress surge has been unexpected and quite surprising. Needless to say, Rahul Gandhi has zero contribution to whatever electoral success that the party is seeing in the smallest and richest state of India.

So why is the Congress hell bent on sticking to Rahul Gandhi and his so-called leadership? The verdict 2017, if anything, is as much a pro-Modi mandate, as it is an anti-Rahul vote, and perhaps Congress would do well introspect whether it still wants to continue under the shadow of the non-performing asset that is the Gandhi family scion.