In Vajpayee's Footsteps: Why Rajnath Singh is striking a chord in Lucknow, just like a former BJP leader

Singh is reaching out to every section of society, including Muslims, despite knowing he stands a very easy chance at winning.

In an atmosphere ridden with suspicion and hatred, perpetuated frequently by his own saffron forces, Union Home Minister Rajnath Singh is busy projecting himself as a statesman much like Atal Bihari Vajpayee, who is regarded as the last of the moderate leaders in the BJP. 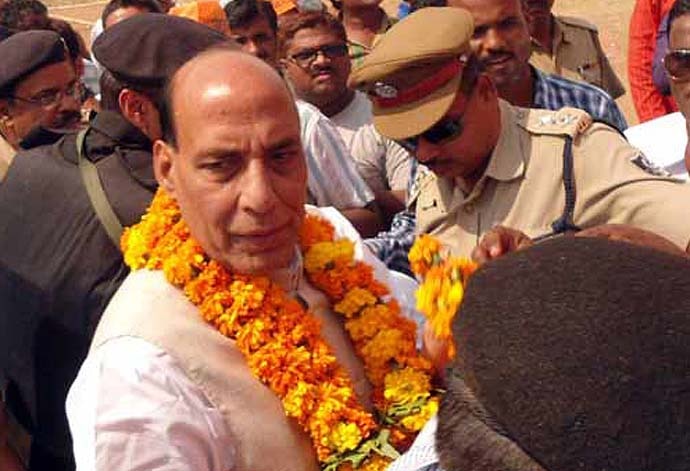 Yes, he's saffron. But he's different: Rajnath Singh is busy reaching out to people from all sections of society. (Source: Twitter)

Whether the exercise is aimed at broadening Singh’s support base in Lucknow, from where he is seeking re-election, or there is a larger plan to cast his profile as a kind of replacement for the widely acceptable Vajpayee, only time will tell — but the way he is going about his campaign here makes it amply evident that Singh is keen to cross not just caste but also religious lines and emerge as the people’s man.

While he had not left any stone unturned to widen his profile beyond being a leader of Rajputs by making inroads into the bastions of Brahmins and Kayasthas, who form a chunk of BJP support in Lucknow, what he did on Tuesday (April 30) has taken many by surprise.

Rajnath Singh spent the whole day hopping from one leading Islamic cleric to the other in Uttar Pradesh’s capital city.

His journey began with a visit to internationally renowned Shia scholar and vice-president of All India Muslim Personal Law Board Maulana Kalbe Sadiq, who is hospitalised and is being treated for a terminal illness.

His next stops were the residences of All India Shia Personal Law Board Maulana Mohd Ashfaq and his deputy Maulana Yasoob Abbas, followed by yet another popular Shia cleric, Maulana Agha Roohi.

Interestingly, the same route was taken by Vajpayee, who was perhaps a rare BJP stalwart to enlist the substantial support of Shia Muslims in Lucknow during his campaign trail. 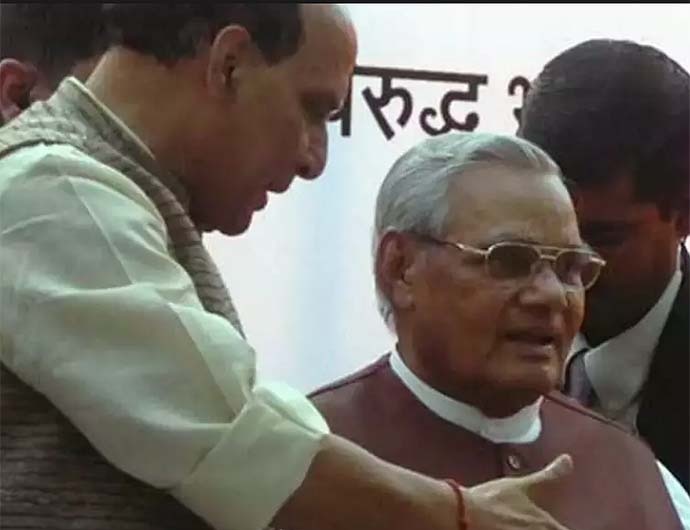 Significantly, three days earlier, Singh had paid a visit to yet another leading Shia leader, Maulana Kalbe Jawwad, who has formally declared support for him, by publicly stating, “I support every good human being and there is no doubt that he (pointing towards Singh) is a good human being.”

Shortly thereafter, Singh turned his focus on the Sunni clerics. After all, even though Lucknow has a huge Shia population, Sunnis still outnumber them. No wonder Maulana Khalid Rasheed, who is Lucknow’s Imam and head of the oldest local Islamic Institution Firangi Mahal, became the next destination for the Union minister. Even as Rasheed claimed, “His visit was purely personal and apolitical; Mr Rajnath Singh came because my father Maulana Ahmad Mian was closely known to him,” the visit was not without political undertones.

And, as if to put a final stamp on his forays into different Islamic bastions, Rajnath moved on to Nadwa-tul-Ulema — one of India’s oldest Islamic institutions, popularly known as Nadwa, which draws theology students and scholars from across the globe, including prominent Islamic nations. 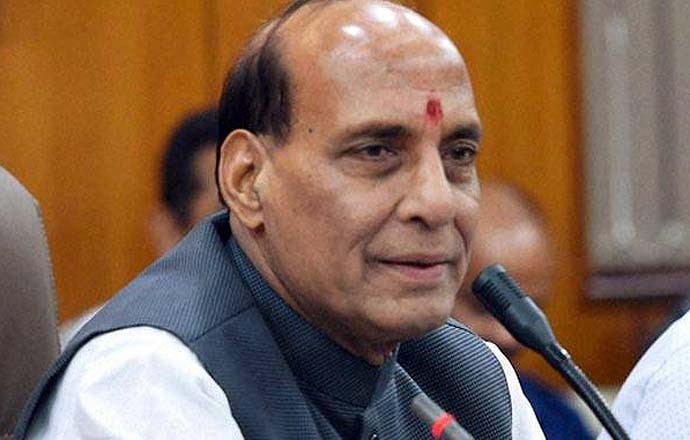 Even though Lucknow might be a cakewalk for him, Rajnath Singh is showing he cares for the Muslim vote. (Source: India Today)

He held conversations with the octogenarian Nadwa Rector Maulana Rabe Hasan Nadwi, before returning to his routine campaign headquarters.

The fact remains that Singh stands out as someone who was never the usual rabble-rousing saffron leader. Unlike other saffron forces, whose bid to create an atmosphere of hatred against Muslims has become increasingly obvious over the recent past, Singh continues to be seen as a man of all seasons. Singh’s well-orchestrated campaign — to send a message across to all communities that he was there for everyone — appears to be going well with a section of the minorities.

To that extent, Tuesday’s exercise could make a difference to Singh’s voter base when Lucknow goes to the polls on May 6, even though there is virtually no contest against him.

With the Samajwadi Party fielding cinestar Shatrughan Sinha’s wife Poonam Sinha as the ‘gathbandhan’ nominee and the Congress choosing to take a plunge in the fray with yet another political non-entity, Pramod Krishnam, Lucknow could well end up as a cakewalk for Singh — yet, he was apparently trying to give the impression that unlike many in his party, Muslims were not irrelevant to him, a gesture that was reminiscent of none other than Vajpayee, who remained a darling of the Lucknow electorate for several years.

#Atal Bihari Vajpayee, #Lok Sabha elections 2019, #Lucknow, #Rajnath Singh
The views and opinions expressed in this article are those of the authors and do not necessarily reflect the official policy or position of DailyO.in or the India Today Group. The writers are solely responsible for any claims arising out of the contents of this article.