Ravi Shankar Prasad is right: Modi is as 'clean' as Ganga

How does it matter if the PM lies standing on the banks of that very ‘holy river’?

The Bharatiya Janata Party should consider renaming itself the Bharatiya Party of Metaphors and Similes. It is simply because more than the “janata”, the people of India, they are better at pleasing the gods of language and rhetoric, as well as rivers that were once cleaner than the heavens, perhaps in the Vedic Age.

Union minister Ravi Shankar Prasad has compared Prime Minister Narendra Modi to River Ganga, in a bid to showcase how free of corruption the PM (and by logical extension his party) is. Prasad was countering the allegations thrown at the PM by Congress vice-president Rahul Gandhi, that big corporates had paid Modi crores just before the Lok Sabha 2014 elections, clearly as funds to sponsor the big budget election campaign that resulted in a big victory for the Modi-led BJP.

That is of course significant because today PM Modi delivered a highly pointed and barbed speech targeting Rahul Gandhi, saying that the PM is happy that Gandhi has at last learned the art of speech-making. The PM was, interestingly, giving his speech from Varanasi, on the banks of the very Ganga to which he’s now being compared, which he had sworn his allegiance to.

#WATCH: "No chance of earthquake now that he has spoken", PM Modi takes a dig at #DufferPappu Gandhi in #Varanasi pic.twitter.com/ZOx9JeOLNR

However, what the Union minister conveniently forgot was that the “Clean Ganga Mission” was one of the foremost promises of the BJP at that time, featuring prominently in the election manifesto. In fact, one of the origins of Swachh Bharat Abhiyan, the PM’s pet scheme that has garnered him kudos in intention, if not execution, can be found in his urge to “purge” many things India and Indian – from our rivers, to streets, to now the cash in our pockets.

But River Ganga remains one of the most polluted riverine systems in the world, with toxic levels of industrial waste, human pollutants and various other contaminants making it highly unfit for even that hallowed “holy dip” in the river. Weighed down by plastics, fecal matter, toxic effluents from chemical plants, the Ganga now is a massive drain of hellish poison, and hardly the liquid touchstone that the PM would like to be compared to. 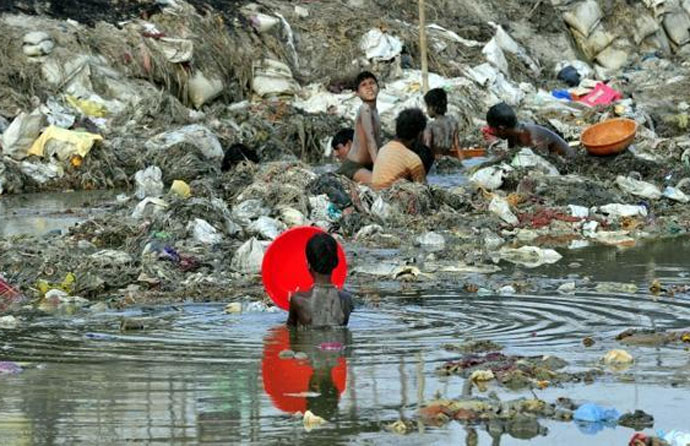 River Ganga remains one of the most polluted riverine systems in the world. (Reuters photo)

But whoever said “reality”, or “facts”, could ever stop imagination from running wild? If you look at the flourishes of the ruling party ministers and the PM as showcased in the recent past, they have been in the realm of high-voltage declarations and language peppered with rhetoric that have little bearing with ground reality.

Consider the surgical strike against Pakistan and the use of Indian soldiers – whether from Army or paramilitary forces – to reap electoral gains in election-bound states. With the death toll among soldiers rising alarmingly since the strikes were announced with great fanfare, observers are asking what was the point of all the linguistic flourish when the job had been done a number of times in the past, but quietly, minus the drumroll.

Of course, in answer, we would get another drumroll.

Coming to demonetisation, the PM, along with Union finance minister Arun Jaitley, and the (highly stunted in esteem) RBI, has been shifting the goalpost from black money, counterfeit notes to corruption to going digital and partaking of a cashless utopia.

In his speeches, and he has given several, he has compared the scared and those opposing demonetisation as the ones in possession of black money, never mind the over 100 deaths at ATM queues owing panic and stress induced by the PM’s decision to suck out 86 per cent of liquid cash from the system. 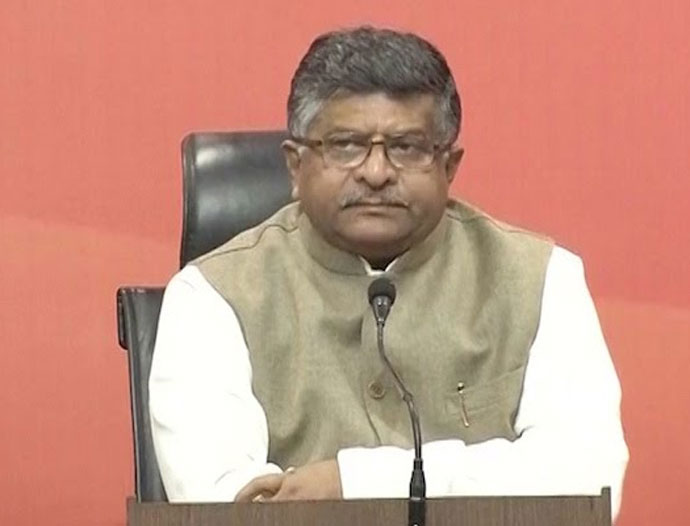 PM Modi has repeatedly dismissed the woes of the poor as the price to be paid for a cleaner India. Never mind that hordes of new Rs 2,000 note have been found among the “cash mafia”. Never mind that the Union finance minister himself has said that political parties can receive donations in old Rs 500 and Rs 1,000 notes, and can deposit the same in their bank accounts, without raising I-T alarm. Never mind that even hospitals and gas stations are refusing to accept the old notes.

If Rahul Gandhi has rehashed allegations first levelled by Supreme Court lawyer Prashan Bhushan that Modi received bribes from companies, he is quickly dismissed as repeating old charges, hence hardly a worthy political opponent for the PM. No wonder then that Union minister Ravi Shankar Prasad finds it perfectly alright to compare the PM with River Ganga because it is more important to carefully cultivate the myth of the holy river and the incorruptible prime minister than it is to attend to that minor inconvenience called reality.

Earlier, PM Modi said that his government has not made any changes to the laws that deal with political parties receiving funds. That is a lie. His government tweaked the FCRA law retrospectively so as to allow foreign funds to keep flowing in and those that have already flown in to go unchecked and unhindered by legislative hurdles.

Today, the PM, in Varanasi, has compared those who oppose demonetisation as akin to Pakistani Army using militants to hurt India and Indians. He also said that Rahul has said 60 per cent of Indians are illiterate (Rahul never said that). This pretty much means that only the PM and his ministers are allowed the luxury of misrepresenting and tweaking facts to suit their bumbling regime.

By that logic, Union minister Ravi Shankar Prasad is not only right: he has created a brand new benchmark. Whether it’s of sycophancy or uncritical obedience to dear leader, is a different question altogether.

Also read: Demonetisation has failed, Modi will too