With its Hindutva votebank in place, BJP's pitch for SC/ST votes could still provide it a fighting change to beat a not so united Opposition in 2019.

The Supreme Court on Wednesday, September 26, observed there was no need to refer the judgment in M Nagaraj v. Union of India, dealing with reservations in promotions for the SC/ST community, to a larger seven-judge constitutional bench.

The bench of Chief Justice Dipak Misra, Justices Kurien Joseph, RF Nariman, Sanjay Kishan Kaul and Indu Malhotra, however, clarified that there is no requirement to collect quantifiable data of the backwardness of SC/STs to provide reservation in promotions.

In the 2006 judgment, the SC had held that it was not mandatory for the State to make reservations for SC/ST in the matter of promotions.

Earlier, in August 2018, the AG had told the SC the government wanted a 22.5% (15% for SC and 7.5% for ST) reservation for promotion of SC/ST in public employment. Only this quantum would satisfy their need for adequate representation.

Attorney General KK Venugopal submitted to the Supreme Court that 'reservation in promotion given to SC & ST communities is right or wrong, I don't want to comment. But they suffered for more than 1000 years. Atrocities on them happen even today'

The Centre had submitted before the court that there was no need to test the backwardness of employees from the SC/ST communities while granting promotions, as the court itself had observed in the 1992 Indra Sawhney case that the test of backwardness does not apply to them.

The Centre's push for reservation in promotions for the community came amid massive protests over the apex court's dilution of the SC/ST Atrocities Act. 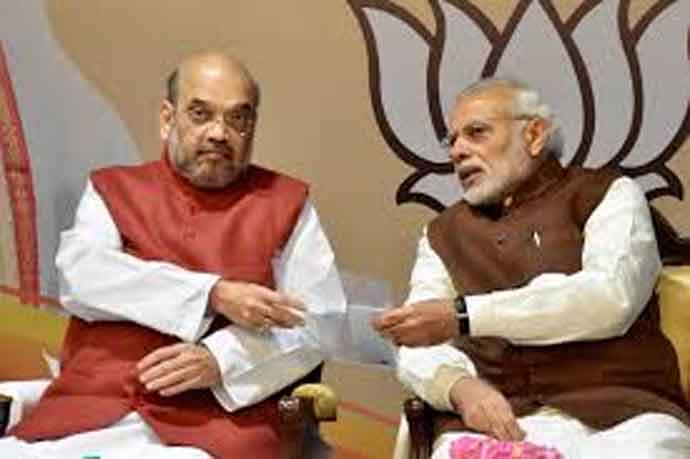 The BJP is facing an uphill challenge in the upcoming Madhya Pradesh and Rajasthan Assembly elections. (Photo: PTI)

Apart from facing protests from the community, even the BJP's alliance partners like Ram Vilas Paswan were not happy with the SC's ruling.

The BJP-ruled Centre, realising the damage antagonising the community could have on its electoral prospects, hurriedly moved a bill in Parliament to restore the original provisions of the Act.

The Scheduled Castes and the Scheduled Tribes (Prevention of Atrocities) Amendment Bill 2018 ruled out any provision for anticipatory bail for a person accused of atrocities against SC/STs, notwithstanding any court order.

Already facing protests from the community over apprehensions that the ruling party would do away with reservations, the BJP would not like to give more ammunition to the Opposition to paint it as an 'upper caste' party.

With Assembly elections scheduled for the end of the year, and facing the upcoming Lok Sabha polls, the Narendra Modi-led government wants to retain the community's support it had earlier got in the 2014 elections.

The SC/ST community had voted overwhelmingly for the BJP, especially in the electorally crucial state of Uttar Pradesh, where the party decimated regional players like Mayawati's BSP and walked away with a handsome tally of 73 (71 + 2 allies) out of 80 seats on offer.

The BJP is also facing an uphill challenge in the upcoming Madhya Pradesh and Rajasthan Assembly elections. Chouhan's reassurance, ensuring the SC/ST Atrocities Act would not be misused, has angered the SC/STs. (Photo: PTI)

With three-time incumbent Chief Minister Shivraj Singh Chouhan facing the wrath of both upper caste as well as SC/ST voters, the party is in a fix.

While upper caste voters, traditionally voting for the BJP, are angry over the restoration of provisions of the SC/ST Act, Chouhan's reassurance of ensuring the Act would not be misused has angered SC/STs.

The latest order of the SC would provide a much-needed boost to Chouhan's government in mollifying the community.

The MP BJP had already moved the SC against an earlier High Court decision striking down reservations in promotions.

It would also make it easier for the 20 BJP-ruled states to implement the decision, especially in light of the upcoming Lok Sabha elections.

The party's defeat in the recently concluded high-profile bypolls of Gorakhpur, Phulpur and Kairana in UP has already alarmed the party to the challenge it faces from the combined onslaught of a united mahagathbandhan. 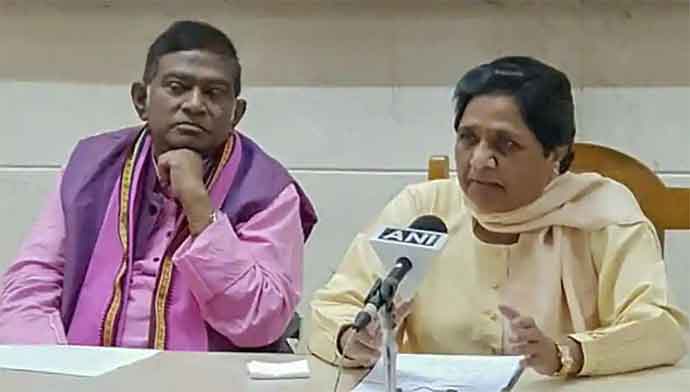 BSP Chief Mayawati has tied up with Ajit Jogi in Chhattisgarh and announced her plans to contest all seats in MP. (Photo:PTI)

Already on the backfoot over corruption charges in the Rafale deal and rising prices, the coming together of OBC, SC/ST and minority votes in the Opposition's kitty could spell doom to the BJP's plans.

With Mayawati already showing signs of disillusionment with the mahagathbandhan — she has tied up with Ajit Jogi in Chhattisgarh and announced her plans to contest all seats in MP, scuttling the Congress' plans of putting up a joint fight against the BJP — the SC decision could prove to be a massive boost to the ruling party.

With its Hindutva votebank in place, the BJP's pitch for SC/ST votes could still provide it a fighting chance to beat anti-incumbancy and a not so united Opposition in the 2019 Lok Sabha elections.

With the SC itself bemoaning the state of SC/STs, where grooms from the community can still not ride a horse in upper-caste dominated villages, what still remains to be seen is if the situation actually changes for the community on the ground.

Post your comment
#2019 Lok Sabha elections, #Scst atrocities act, #Supreme Court, #Reservation in promotion
The views and opinions expressed in this article are those of the authors and do not necessarily reflect the official policy or position of DailyO.in or the India Today Group. The writers are solely responsible for any claims arising out of the contents of this article.