CM Khattar, how does it matter if the Rewari gangrape survivor knew the accused?

We need a swachchata abhiyaan for our mindsets, starting from political leaders.

A week has passed since a 19-year-old girl was kidnapped and gang-raped in Haryana’s Rewari. The girl was on her way to a coaching centre when three men allegedly kidnapped her and took her to a field, where they took turns raping her.

To add to the agony of the survivor’s family, the police was lax in registering an FIR — it took them 14 hours to get a complaint registered. There has been only one arrest in the case so far, and two other accused are still on the run.

On September 15, when Haryana Chief Minister Manohar Lal Khattar was questioned about the case, he ducked the issue, and, instead, talked about the Prime Minister’s Swachhata campaign, which had been launched that day. When questioned about the gangrape, Khattar chose to speak about the Swachhata Hi Seva campaign instead. (Photo: PTI/file)

Rape is not a topic to be taken lightly, an issue to be brushed off and trivialised.

The Swachhata campaign is indeed important, but what is more crucial at present is swachhata (cleanliness) of the mindset, so that people of this country, especially women, can live safely.

What is more, Khattar even found it necessary to mention that it was “unfortunate” that the accused and the survivor knew each other.

3 accused have been identified. It's unfortunate they (accused-victim) knew each other. It's even more unfortunate that one accused is an Army personnel. Search is underway. We've announced reward of Rs 1 Lakh on their head. They'll be nabbed soon: Haryana CM on #Rewari gang-rape pic.twitter.com/feKSSFaF63

What is unfortunate is to hear a chief minister differentiating between a rape by people whom the survivor knew and a rape by strangers.

Does Khattar mean that because she knew the accused, the survivor is also to be blamed partly? Or is he suggesting that “knowing” a woman gives a man rights over her body?

When people in positions of power — leaders, policemen, etc. — portray such a narrow mindset, it is time for the swachhata campaign to focus on cleaning minds. And the approach has to be top-down.

This is because when people at the top are so gender insensitive and give such little importance to gender justice, it automatically has a trickle-down effect on the rest of the public. Thus, what we have is a top-to-bottom society of sick mindsets.

So, can we stop playing guess-what-the-reason-is game?

Does it matter if the girl knew the accused?

Does it matter if the girl and the accused are of the same district?

Does it matter if she agreed to drink water they offered her?

Or what matters is that a young girl was abducted, gang-raped and then dumped at a bus stop?

Statements like the one from Khattar just divert focus from the core issue of the horrendous crime, and instead turn to victim shaming. 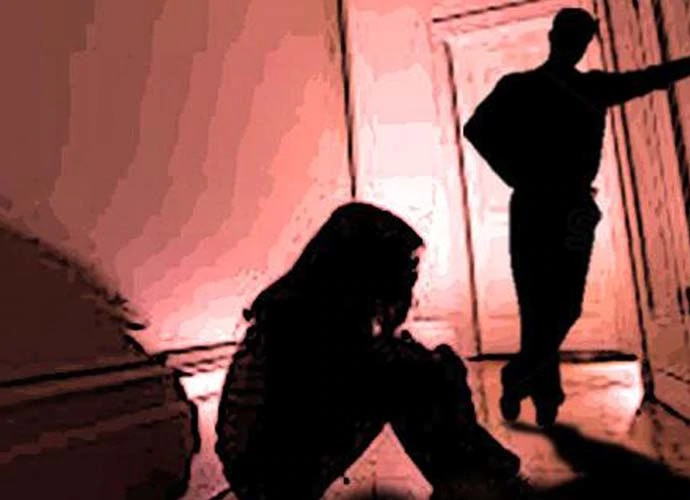 Women are unsafe not just because of the men who attack them, but because of a society that blames and shames them for being attacked. (Photo: India Today)

Victim shaming, and the harassment the survivor’s family has to face from the police and the society, are among the reasons why many sexual crimes go unreported.

But despite the under-reporting, Haryana saw 37,161 crimes against women, including rape, abduction and molestation, in the past four years.

Ironically, this is the state which gets the highest number of medals for India in sporting events, and had enthusiastically flagged off the BJP government’s ambitious ‘Beti Bachao, Beti Padao’ initiative.

The sad reality is that one of India’s richest states by per capita income is plagued by a deep-rooted network of khap panchayats, skewed sex ratios, honour killings and dyed-in-the-wool patriarchy. Gender insensitivity and inequality is therefore the norm in the state.

Indeed, as Babita Phogat, a Haryanvi woman and a CWG gold medalist, recently said, it is time for the government to change its ‘Beti Bachao, Beti Padhao’ slogan to ‘Beta Padhao, Beton ko Samjhao’ campaign.

Girls will be safe only when boys are educated and gender-sensitised.

Rapes cannot be prevented only through establishment of fast-track courts and amending laws. It depends on how well the laws are implemented, and how timely court verdicts are, so that sick minds think twice before touching a woman.

Therefore, Mr Khattar, knowing the accused doesn’t mean giving consent to sexual relations, and makes no difference to the case at hand. You should be making sure the survivor gets justice, instead of making such statements.

#Crimes against Women, #Haryana, #Manohar Lal Khattar, #Rewari gangrape
The views and opinions expressed in this article are those of the authors and do not necessarily reflect the official policy or position of DailyO.in or the India Today Group. The writers are solely responsible for any claims arising out of the contents of this article.

The author is a freelance writer and a columnist.