Last week, India was very close to passing the Motor Vehicles Amendment Bill in the Upper House of Parliament, the Rajya Sabha. After decades of deliberations, this would very well have been a turning point in India’s road safety scenario. The Bill was tabled on July 18 in the Rajya Sabha, but

The Bill was tabled on July 18 in the Rajya Sabha, but high drama surrounding BSP leader Mayawati’s sudden resignation from the House led to the delay once again.

The Lok Sabha has already approved the Bill on April 10, 2017, during the last session of Parliament. With the approval from the Upper House, it would help deal with the menace we have ignored, despite the high toll it takes time and again.

India, with less than two per cent of the global motor vehicle count, accounts for more than ten per cent of global road traffic deaths. Around 1,50,000 people lose their lives every year on Indian roads.

Therefore, to say that road traffic safety is an epidemic in India would not be an exaggeration because, apart from the loss of lives, accidents often cause life-altering injuries as well.

It has been seen from global best practices that countries that have done well in reducing road traffic deaths have done so by amending the legislation governing road safety. Hence, the Motor Vehicles Amendment Bill is a significant step for India. 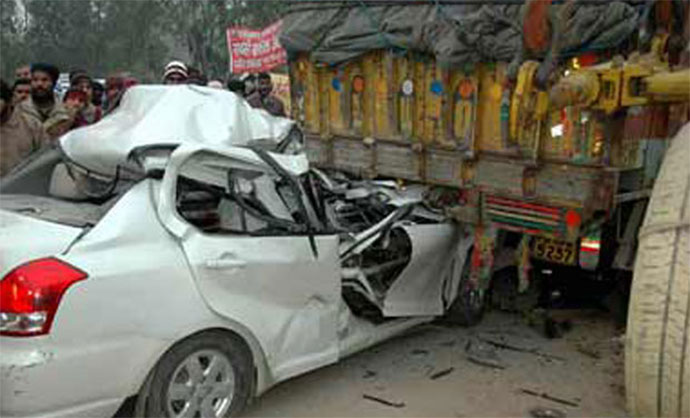 Countries that have done well in reducing road traffic deaths have done so by amending the legislation governing road safety.

The 1988 Bill was drafted when India’s motorisation scenario was at a nascent stage and it was felt that policies were needed to give this sector a boost. Therefore, most of the provisions of the 1988 Bill revolve around movement of good and passengers and safety is an overseen and missing concept.

Hence, immediate interventions are necessary to make our roads safer. The MV Amendment Bill has a significant focus on safety. This is in line with India’s commitment at the 2015 Brasilia declaration to bring down road traffic deaths by 50 per cent by 2020 as part of United Nations Decade of Action for Road Safety.

Here are three reasons how the amended legislation is expected to help reduce road traffic fatalities.

First, the new MV Act will include constitution of a high-powered road safety board, comprising both Union and state governments, to ensure the availability of adequate funds for technologically upgrading and updating standards.

A national road safety fund is also likely to be created to fund road safety-related activities and research in the area. The fund will be collected through additional cess on the sale of new motor vehicles. This goes a step ahead from merely increasing penalties, towards increasing focused scientific efforts to reduce traffic fatalities.

Second, there are several reasons for traffic crashes such as faulty road design, potholes, wrong signage, high speed and inferior driving skills, etc. However, due to insufficient and incorrect data, it becomes difficult to take corrective action in the right direction.

This major loophole may soon be rectified with the introduction of Section 213A in the MV bill that enables the Union government to initiate scientific investigation of causes of road crashes.

The new Bill also recommends that a penalty provision (Section 198A) may be inserted to hold road contractors and concessionaires accountable for faulty design, construction and maintenance of roads.

Third, the manifold increase in penalties for several traffic violations has been making news since the Bill was first introduced, invoking mixed response. While most believe that this is the right step towards ensuring safer roads and reducing fatalities due to loosely enforced and limited penalties, some of the penalties also seem too high.

In such situations, it is required to emphasise on the need for better public transport. Since the previous legislation was enforced, much has changed in this sector. The number of traffic fatalities has been continuously increasing, and vehicles have become more advanced and faster.

The modal share of transport has drastically changed and traffic jams have become a glaring phenomenon of all urban areas, with the increasing number of vehicles on roads.

With such changing realities, the current Act seems obsolete to deal with the situation. The new MV Act is a change that is required for the present times and it dwells on some important concepts that were previously missing.

Road safety, emphasis on non-motorised and public transport including walking and cycling, and stricter licensing process are some of the important areas.

The Act also recognises the increasing role of aggregators in the transport sector and introduces legislative provisions for terms of their operation as well as related penalties.

Also read: I was attacked by two bikers in Noida and it was more than just a snatching incident

#Road Accidents, #Motor Vehicles Act, #Road Safety
The views and opinions expressed in this article are those of the authors and do not necessarily reflect the official policy or position of DailyO.in or the India Today Group. The writers are solely responsible for any claims arising out of the contents of this article.