Robert Vadra: Trump card for both BJP and Congress before the 2019 Lok Sabha elections

With Vadra in the agencies' net, the Modi government has played the 'No Tolerance for Corruption' card whereas the Congress can claim persecution.

Most days, Jamnagar House office of the Enforcement Directorate (ED) wears a forlorn look. But on Wednesday, the place was abuzz with excitement as the most high-profile "suspect" of the ED, Robert Vadra, was to be quizzed.

For the first time, an extended member of the Gandhi family was being interrogated by any probe agency.

However, it came as a bolt from the blue for everyone when flanked by the SPG, a Land Cruiser entered inside the ED office. Robert Vadra was with Priyanka Gandhi Vadra. Days earlier, she had made her official entry into politics, when party president and her brother Rahul Gandhi appointed her general secretary (Eastern UP) of the Congress.

Now, Priyanka Gandhi was sending out a loud and clear message to the BJP.

She and her party were firmly behind Robert Vadra.

In the past, the Congress had always claimed that Vadra was a "private citizen" and the grand old party was not answerable for his alleged links with the land mafia or defence dealers like Sanjay Bhandari. The party spokesperson had even gone to the extent of avoiding the media during his earlier controversies. Priyanka knows the BJP will target her for "standing by her husband", who, according to them, is a suspect in many cases. However, the Congress strategy is clear. They will now tell their supporters and voters that Vadra is being targeted simply because Priyanka has plunged into active politics. During a public gathering, Priyanka told the media, "Everyone knows what they (BJP) are doing. I don't need to say anything."

During the election campaign, both the BJP and the Congress are going to use the Vadra card.

On the one hand, the BJP will leave no stone unturned to tarnish the image of Priyanka Gandhi, the Gandhi family and the Congress party. On the other hand, the Congress, along with Priyanka, will try to prove this as a classic case of 'political vendetta'. 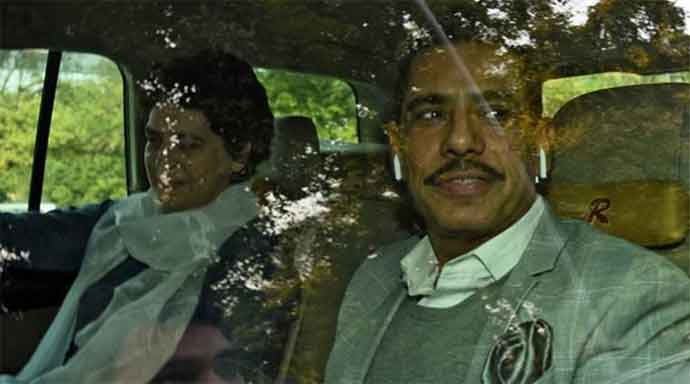 It's so clear: The Congress will claim that Robert Vadra is being targeted only because Priyanka is in active politics now. (Photo: Reuters)

With Vadra in the agencies' net, the Modi government has once again played the 'no tolerance to corruption' card whereas the Congress has a very simple question, "Why just before elections"?

However, agencies say Vadra's links with Sanjay Bhandari go back reportedly to 2009 and the probe was on since 2016. The ED says it was the Delhi court that asked Vadra to join the probe. He will again appear before the ED Jaipur office in the Bikaner land scam on 12th February. This time too, on the High Court's direction .

The questioning of Vadra was focused on his alleged London properties. Sources have told India Today that Vadra allegedly emailed Bhandari's nephew Sumit Chadha, giving him clear instructions. Sumit Chadha had also allegedly sent multiple mails, marked to Sanjay Bhandari and Robert Vadra, over renovation in the Bryanston property, London. Vadra apparently replied to those emails, to both Sumit and Sanjay, reportedly giving clear instructions regarding the properties for which funds were allegedly given by Vadra.

The agency also confronted Vadra with the email trail, which purportedly shows that laundered money was apparently being used to buy properties.

The ED says they have the trail that allegedly shows money was used to buy properties for Vadra.

Interestingly, London's Bryanston Square flat, which the ED has claimed allegedly belongs to Congress president Rahul Gandhi's brother-in-law Robert Vadra, is actually in a British couple's name. India Today has accessed the original registry documents of the flat. It is mentioned in the paperwork that the flat belongs to a certain British couple — and not Robert Vadra. 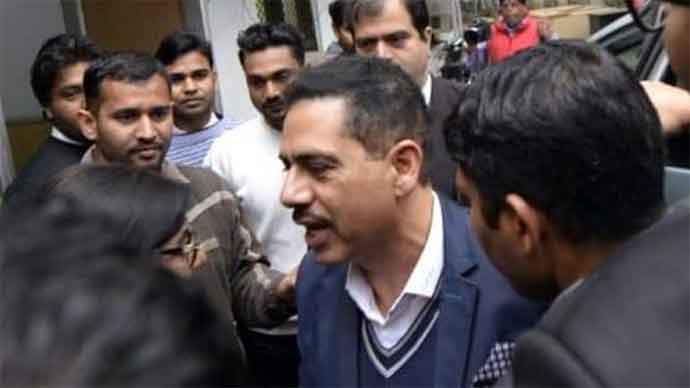 Sources within the agency have told India Today that interrogators were not very satisfied with Vadra's answers. India Today has also learnt that during questioning, Robert Vadra denied any business associations with Sanjay Bhandari and his cousin Sumit Chadha. On the London controversy, Vadra denied that he directly or indirectly owns properties in London.

Vadra's counsel, KTS Tulsi, told media outside the ED office that, "This entire case is political vendetta by the BJP as elections are approaching. Vadra has no properties outside India, in any country. The government is just trying to divert attention from Rafale."

Sources within the agency have told India Today that Vadra was asked questions relating to transactions, purchase and possession of certain immovable assets in London.

The case came to light when the agency initiated a probe against Arora, close aide and an employee of a firm reportedly linked to Vadra, Skylight Hospitality LLP.

This is the first time Vadra is appearing before any probe agency in connection with alleged criminal charges of dubious financial dealings.

Vadra has denied these allegations in the past and termed them a 'political witch hunt' against him. With Vadra in the agencies' net, the Modi government has again played the 'No Tolerance for Corruption' card. (Photo: PTI)

He was directed by a Delhi court to cooperate with the investigation being carried out by the central probe agency after he knocked on its doors, seeking anticipatory bail in this case.

Official sources said Vadra's statement will be recorded under the Prevention of Money Laundering Act (PMLA).

ED sources allege that the London properties are part of kickbacks received in a petroleum deal. According to the agency, 1.9 million pounds was allegedly part of the kickback. The money was transferred by Santech International, FZC, UAE (a company allegedly controlled by Sanjay Bhandari). Santech then reportedly purchased the 12 Bryanstone mansion from Vortex (Pvt holding) and later, Vortex shares were allegedly transferred to Skylight Investment FZE UAE apparently by an NRI businessman.

#Narendra Modi, #Rahul Gandhi, #Priyanka Gandhi, #Robert Vadra
The views and opinions expressed in this article are those of the authors and do not necessarily reflect the official policy or position of DailyO.in or the India Today Group. The writers are solely responsible for any claims arising out of the contents of this article.