The RSS invited everyone to its conclave. Why didn’t the critics turn up?

Before believing allegations against the RSS, we should hear what the organisation has to say about itself.

On these three days, one of the oldest and among the most influential social organisations in India reached out to people, and tried to explain to us its thoughts and its working module. 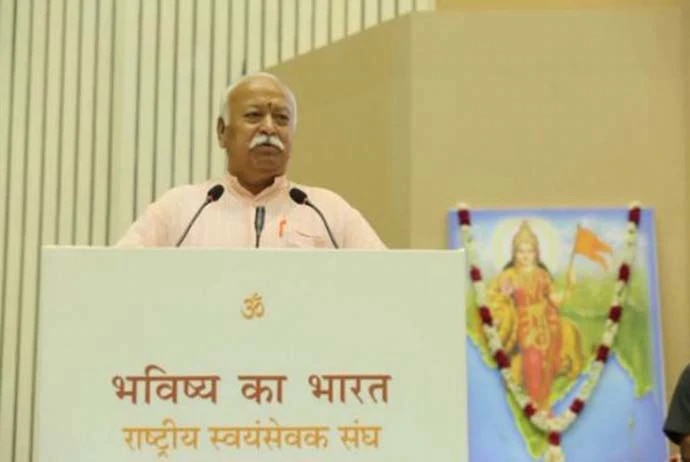 Mohan Bhagwat at the three-day conclave elaborated upon the RSS' view on a variety of subjects. (Photo: Twitter/RSS)

Before this recent conclave, most of us only knew of the RSS through the media, and through some disillusioned former swayamsevaks.

People have its own version about the timing of the conclave. But there is no doubt that the event will have major social and political implications.

I was attending the 3-day lecture series as a curious social scientist, who has an interest in the social dynamics of the nation. The RSS’s working is so vast that none can afford to ignore its presence.

The RSS and its affiliated organisations — Majdoor Sangh, BJP, ABVP, Seva Bharati, Vanvasi Kalyan Ashram, Ekal Vidyalaya, Vidya Bharti — are everywhere; their imagination for the unfoldment of society unbelievable. They are open to working with news ideas. Their project with IT professionals, Kutumb Prabodhan, is one of their more recent ventures, and in the timespan of a few years, it now has a significant presence.

But despite its omnipresence, the RSS is still misunderstood by a section of the media and some intellectuals, who constantly portray it in a negative manner.

Since its formation, the RSS has believed in establishing a one-to-one relationship with society, and not depend on others for communication. Its policy was clear —if you work for the society through all thick and thin, no certification is required from others.

But with the exorbitant power of the media and now the social media, it became evident that though RSS members didn’t speak on public fora, that didn’t stop others from saying whatever they wanted about the organisation.

Thus, the 3-day conclave that began on September 17 was an attempt by the RSS to narrate its side of the story, which had been manipulated and then presented by others.

The first day of the conclave commenced with an introductory speech by RSS Sarsangchalak Mohan Bhagwat, who explained the peculiar style of the Sangh’s work dynamic, which has been misunderstood more often than it has been understood.

Right at the outset of his speech, Bhagwat said his objective was not to convince anybody to change their opinion about the RSS — he was only trying to present the truth of the organisation, so that people’s opinion, whether positive or negative, would at least be well informed.

Bhagwat said the RSS was established in 1925 in Nagpur, while India was still under colonial rule. Understanding the RSS is impossible without understanding its founder Dr. Hedgewar, who was devoted towards serving the nation since he was a child. Dr. Hedgewar also worked with Congress and went to jail twice. He was one of the finest organisers of his time. He started the RSS with a few children, and didn’t even give a name to the organization. The name was decided upon after one year, after consultation with all members and through a voting process.

This information is important. Many people hold the perception that the RSS is a one-man organization. But Bhagwat presented a very different picture.

Bhagwat said since its establishment, the RSS has been determined to work for the betterment of the nation. Even when faced with conflicting ideologies, Dr. Hedgewar always supported those who were willing to work for the nation. While the country was battling for independence and the policy of divide and rule was submerging India single-handedly, the RSS stood as a ray of hope in those dark times. Its objective was to work for the independence of India and simultaneously unite the citizens by rejuvenating their sense of brotherhood.

The philosophy behind the creation of RSS wasn’t to establish Hindutva as a dominant religion, but to devote all efforts into the creation of an India which would not be divided on the basis of multi-culturalism. 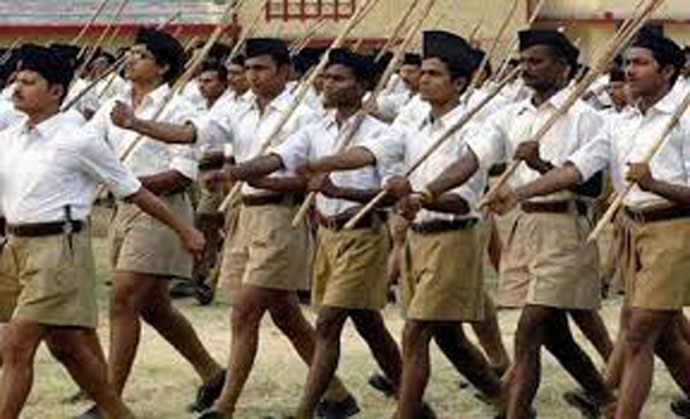 Despite its wide presence, the RSS has been the victim of a misinformation campaign. (Photo: PTI/file)

In his speech, Bhagwat put forward the organisation’s view on Hindus and what ‘Hindu Rashtra’ means for them.

Undoubtedly, various people have written many books and stories about the RSS and its perspective on the ‘Hindu Rashtra’, but as scholars, we need to give more emphasis to first-person accounts rather than believing 3rd person narrations. If the chief of the organisation is redefining the meaning of the term ‘Hindu’ and is expressing his thoughts on minorities and the marginalised, I do not find any reasons to repudiate his statements.

Bhagwat said the term “Hindu Rashtra” wasn’t about religious orientation. Hindutva isn’t a religion; it’s a nomenclature derived from the term Hindustan (India). The members of RSS have no hesitation in calling themselves a Hindu organization, because according to their ideology, everyone in India is a Hindu, if understood from the perspective of nationalism. It was never the RSS’s vision to confine Hindutva within the walls of religion. For RSS, Hindutva is about acceptance of other religions, cultures etc.

During the Q&A, Bhagwat Ji made it very clear that Hindutva without Muslims was not Hindutva, because the binding agent of Hindutva was accepting all views/religions. He added that the Dadri lynching incident was about violence, and not religion, and such offenders should be punished. Moreover, the excuse to justify such violent acts by associating it with religion is an abomination.

When further asked that if all the religions were the same why did the RSS discourage religious conversions, Bhagwat replied, “If all religions are the same, why does anybody even need conversion! The concept of bribing for conversions is immoral, because spirituality isn’t for sale.”

After a careful analysis of Bhagwat Ji’s speech, it is clear that sometimes, we need to reconsider our prejudices before forming conclusions.

The RSS is open, and has been inviting everyone to come see what the organisation does, but some outsiders are too busy forming accusatory remarks against it.

The question, thus, is — what is the reason behind this intense and abnormal insecurity against the RSS, and why are so many allegations thrown at it?

If the accusers, who make allegations against the RSS, were serious, they should have attended the conclave and cleared their doubts. Surprisingly, most of the critics didn’t turn up. Gimmicks such as this can catch eyeballs, but can't bridge gaps in the society. (Photo: Twitter)

If looked at objectively, the speech by Bhagwat was the kind of demystification everyone needed.

India as a country needs to form a communitarian value which envisions unity in diversity. Engaging in a dialogue on a public front was crucial for the RSS, in order to detach itself from years of falsity, to glorify its true philosophies and also to share its work with the entire nation.

Indian democracy has already spent 71 years with politicians trying to exploit citizens on religious grounds. We need to rise above the tendency of making allegations against each other for political benefits. We need to talk more within the society.

Political gimmicks and posturing, such as Rahul Gandhi hugging the Prime Minister, may sure catch eyeballs, but can’t establish peace in the society. Peace will come through real dialogue, through open conversation. It will not come by talking about ‘peace’.

We need more conclaves of a similar nature by all other organisations and parties, so that the audience can understand their philosophies and objectives. Nobody believes an outsider when they can get firsthand accounts.

There is no doubt that people are still saying that what the RSS tried to portray itself as is not true, but all versions should be understood before forming any opinion.

Post your comment
#BJP, #Hindutva, #Mohan Bhagwat, #Rss conclave
The views and opinions expressed in this article are those of the authors and do not necessarily reflect the official policy or position of DailyO.in or the India Today Group. The writers are solely responsible for any claims arising out of the contents of this article.