Sangh Parivar even had to issue a clarification on Mohan Bhagwat’s statement in Agra.

It wasn't surprising when Sarsanghchalak Mohan Bhagwat, the chief of Rashtriya Swayamsevak Sangh, asked a gathering of young "Hindu" couples in Agra "which law stops you from producing more children"?

The RSS's age old propaganda has been to promote Hindu Rashtra and many of the outfit's ideologues believe that birth control is not practised by the Muslims and fear the community will outnumber the Hindu population.

Bhagwat was responding to a question raised by an RSS member - who had just asked the age-old question being raised by the Sangh for years - that the rate of growth of Hindus is lesser than that of Muslims in the country, and if the Hindu population continued to lag behind the Muslim population, then after 50 years, how will we live in a Hindu nation (Hindu Rashtra)? Won't the nation become an Islamic country?

More importantly, the RSS had to issue a clarification on Bhagwat's statement and, as usual, it cleverly pointed out that his statement had been misinterpreted. I am quoting the clarification as it is: 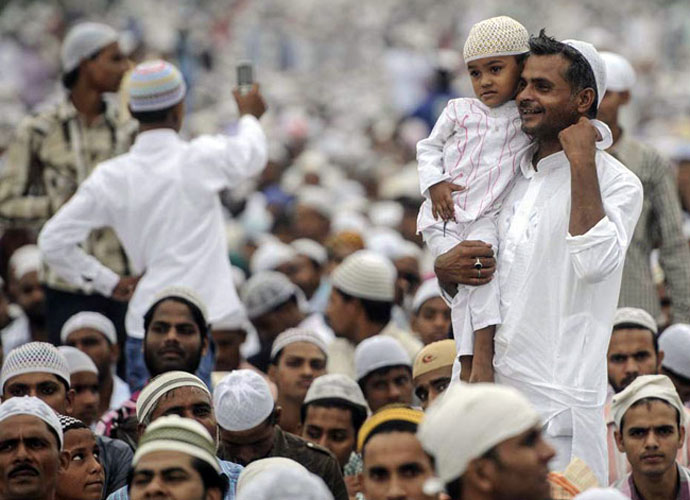 The rate of growth among Muslims declined 0.4 percentage point between 1991 and 2001.

What he actually said: Which law stops you from producing more children?

What he intended to say: There should be a common law on population growth applicable to all.

So now RSS wants law to control population, which raises the question that do they really believe the theory being spread by some of their own, that the Muslim population will outnumber Hindus?

What RSS is not saying is that they have been popularising this theory for long to spread fear among Hindus, despite the fact that the Muslim population in the country is 14.2 per cent - way behind the Hindu population.

The rate of growth among Hindus declined 0.3 percentage point over this period. In fact, numbers also show the growth rate among Muslims never rose except in the 1981-91 period. It remained constant during 1971-1981.

It has been clear from various studies that population growth also depends on economic and social development of a community. For example, Kerala has managed to control the population explosion better than the state of Uttar Pradesh.

So, time demands that rather than making population growth a religious issue, the RSS should look at it from a different perspective.

Despite this jugglery with numbers and perspective, Bhagwat is right - technically, no law restricts anyone or caps how many children can be produced.

In fact, the Indian government is not in favour of controlling population growth through legislation, but by way of generating awareness and persuading people to have a small family for better health of mother and child, and because it makes economic sense.

The government has been consistent in its stand, especially after the lesson of the Emergency days, when it had tried to implement population control by force and had to face a major defeat as it became an important election issue, mainly in north India.

The question now is whether the current BJP government is ready to go for legislation, as demanded by the RSS, for population control. (The BJP has been opposed to population control by law in the light of what happened during the Emergency).

Looks like RSS had to issue an immediate clarification on Bhagwat's comments as there are few takers for such ideas now.

#Muslims, #Mohan Bhagwat, #RSS
The views and opinions expressed in this article are those of the authors and do not necessarily reflect the official policy or position of DailyO.in or the India Today Group. The writers are solely responsible for any claims arising out of the contents of this article.