India's villages are being empowered - by women

Having women as at least one-third of all local elected representatives is beginning to transform gender relations and strike at the patriarchal system.

In her opening address to the United Nations World Conference on Women, Aung San Suu Kyi  had said: “There is an outmoded Burmese proverb still recited by men who wish to deny that women too can play a part in bringing necessary change and progress to their society: ‘The dawn rises only when the rooster crows.’ But Burmese people today are well aware of the scientific reasons behind the rising of dawn and the falling of dusk. And the intelligent rooster surely realises that it is because dawn comes that it crows and not the other way round.”

How true it is for rural India. Its women are now heralding the dawn and roosters are waking up to the new socioeconomic and political revolution that is emerging in the countryside. Women throughout India are ensuring that roads are repaired, electricity is brought to their villages, schools are built, latrines installed, water sources are made safe, medical services are available, local savings groups are formed, and the list goes on and on.

When put in charge, women in India are better than men at providing clean water and adequate sanitation for their communities.

The harbinger of this social change is a seismic innovation in democracy by which women have been given reservation in village councils. The women are now using these levers to transform their communities. Having women as at least one-third of all local elected representatives is beginning to transform gender relations and strike at the deeply entrenched patriarchal system.

Old prejudices are dissolving and new partnerships between women and men are developing. For example, one man from Maharashtra who works with women Panchayat leaders said: "I realised when I started working with these women leaders that I needed to begin my work at home."

He has started to view his relationship with his wife as a partnership and has begun doing household chores - something he never imagined he would do. Earlier women representatives were often perceived as puppets of men. Yet, women Panchayat leaders say "women are beginning to cut those [puppet] strings." They are furrowing the age old trunks of gender-biased customs and mores.

How is Panchayati Raj (local governance) working in India? Are women sarpanchs (heads of village councils) still remote-controlled by their husbands or male relatives? Do women leaders really have the power to change things in their villages?

According to Esther Duflo, an economist with Massachusetts Institute of Technology, the villages headed by women invested in more services that benefited the entire community than did those with gender-neutral elections, nearly all of which were won by men. The increase in female elected leaders has resulted in better outcomes for women overall: women were more likely to speak out about acts of violence. 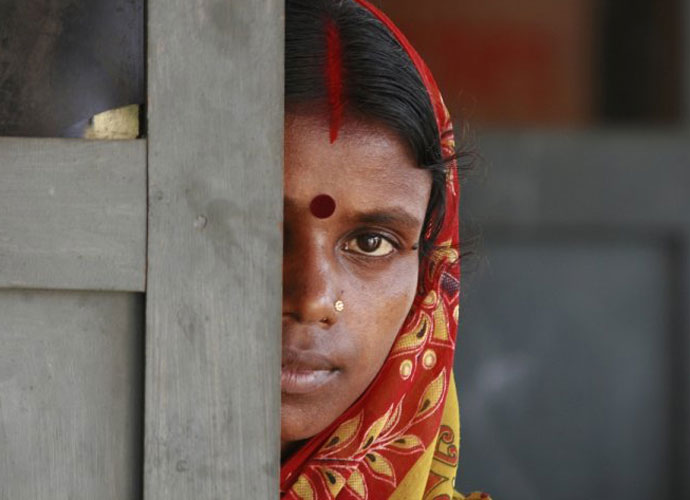 Old prejudices are dissolving and new partnerships between women and men are developing. (Photo: Reuters)

With small moves year by year, villagers have adopted new habits: introducing new farming practices, ensuring better services such as supply of water and electricity, saving enough money to engage banks and acquiring basic irrigational machinery, mapping the village land and rethinking what is planted to produce year-round yields and income, negotiating with local officials for national and state grants to which they are entitled, and installing the village’s very first toilets.

In Wanoja village in Chandrapur district, Chanda Buradkar was a firebrand right from her early days. Her voice was not the only voice raised in the village. But his was surely the loudest and most persistent, and - cumulatively - the most persuasive. She was such a zealous believer in the empowerment theory that she tramped through almost all villages with me to demonstrate   the creative potential of poor rural women in governance and resource management.

A lot of women (sometimes backed by family), harbouring aspirations to positions of power, have enthusiastically fought elections and emerged winners. Transcending their ascribed roles, they have dispelled the myth that women are good just for homes. They have refused to succumb to the pressures, and have successfully brought about changes in their community. Exposure to a female leader caused voters to realise that women have the ability to lead effectively. Successful and effective women leaders have improved perceptions of female leaders’ effectiveness and led to electoral gains for women in future, unreserved elections.

Conversely, in villages with only male leaders, they found a huge divide in expectations for girls and boys. Parents were 45 per cent less likely to want their girls to graduate from school compared to their boys.

But obstacles to the realisation of PRI's transformative potential are many. There continues to be resistance to really devolving power and funds from centres of (male) power to the periphery. Women still face considerable handicaps to their involvement in politics; for example, inadequate education, the burden of reproductive and productive roles, a lack of self-confidence and the opposition of entrenched cultural and religious views.

Granted, no one is perfect. There has been no let-up in resentment, scepticism over their abilities, and genuine powerlessness. Whining about women’s failure is practically a pastime that keeps the male community dutifully employed.

According to a study conducted by the UN Entity for Gender Equality and Empowerment of Women (UN Women) with over 3,000 elected members of the Gram Parishad (GP) and qualitative data on select themes collected from three districts, women are moving towards leaderships roles in the panchayati sphere, through both reserved and unreserved seats.

The study also notes that elected women have different issues as compared to their male counterparts and focus not only on development but sociological issues as well. These women, who have successfully challenged the traditional village male elite, are aspirational symbols for the new empowered rural India.

PRI reminds us of a central truth: power is not something people give away. It has to be negotiated, and sometimes wrested from those who have remained unvanquished even by mighty political storms.

Enshrining political change within the law has forced both the pace and direction of such change. Democratic politics is, in reality, the interplay of vested interests and PRI's great achievement has been to mandate a vested and mutual interest, between women and the political process.

Also read: Where farmers are committing suicide, a lesson in what women can do

#Women in politics, #Panchayati Raj, #Rural India
The views and opinions expressed in this article are those of the authors and do not necessarily reflect the official policy or position of DailyO.in or the India Today Group. The writers are solely responsible for any claims arising out of the contents of this article.