Salman Khan in court would make even lawyers excited

The whole courtroom drama was a bit sad.

As the Salman Khan court saga unfolded in Jodhpur on Wednesday (January 18), one couldn't help but recall the same kind of drama that was witnessed here in Mumbai in connection with the 2002 hit-and-run case. On both the ocassions, a confident Khan with his shoulders pulled back, tummy tucked in, stood staring at nothing in particular, avoiding eye contact with anyone and everyone. Shera, his bodyguard for such events, would give a nasty look to anyone trying to come near the star. Shera literally shielded Khan right from the moment he got out of the car till the witness box.

The entire place was swarming with fans — from courtrooms, corridors, staircases. Not a single nook or cranny was spared.

But who were these fans and why would everybody come to the court to see the Bhai of Bollywood? The legion of fans inside the court mostly comprised lawyers and other court staff who also got some of their relatives to the court. 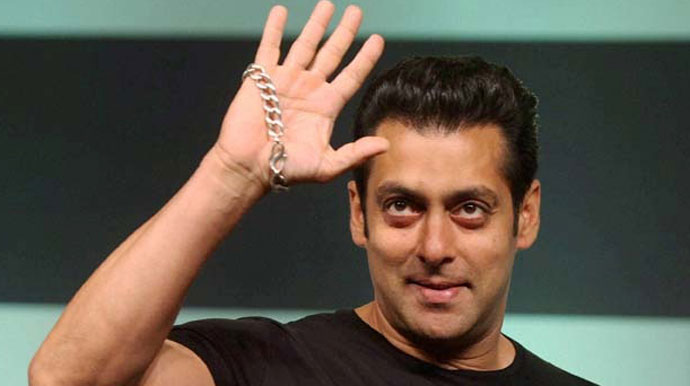 His legion of fans followed him to the court. (Credit: PTI Photo)

In the Mumbai sessions court, once when Salman was in the witness box and giving his statement to the judge, court clerks (both young and old) pushed their way inside the judge's room and kept staring at him in awe. While they managed to get the best glimpse of the star, even lawyers who had nothing to do with the case sauntered in ignoring all requests by policemen. There was in fact an incident where a lawyer was stopped by a senior police officer as the courtroom was chock-a-block, but the advocate took offence and raised such a ruckus that the judge had to call them in. Surprisingly, it was the cop who was reprimanded for stopping a lawyer from entering the courtroom.

If you are wondering what all these lawyers were doing inside the court room, it wasn't something that we expected. While some jostled their way to take pictures with the actor (which they flaunted later), some others ran to shake hands and get autographs. It made for quite a scene — an accused charged with culpable homicide, but for his fans he was still a star.

Interestingly, when the sessions court judge had pronounced the verdict (Khan was convicted), there were many lawyers who expressed their disappointment publicly. If not anything, a sigh of regret — “oh no” — escaped their lips. But that was still better. There were some diehard fans who didn't mind letting loose a string of expletives. To their relief, a few hours later Khan secured a bail from the Bombay High Court and was acquitted months later.

There also used to be one particularly eager woman lawyer who gained notoriety during those days for staring at Khan and if, by any stroke of luck, he happened to throw a glance at her side she would softly say her “I love you”. Every time that happened, many eyewitnesses later claimed, an embarrassed Khan would just look away, not knowing how to react.

Even as a very loyal Shera followed Khan everywhere, once asked why was he behaving like that inside the courtroom (which was completely secure), he said: “Karna padta hai yaha bhi. Abhi ek wakil ne bhai ka haath pakad liya tha, bolne lagi ‘I love you’ (Have to do it inside the courtroom as well. Just now a woman lawyer grabbed his arms and started saying 'I love you')."

While it's not unusual for mediapersons to see fans stalking Bollywood stars, the sight of lawyers going crazy over an accused was rather sad.

Also read: Salman Khan is only guilty of being human, please

#Lawayers, #Salman Khan fans, #Salman Khan Verdict
The views and opinions expressed in this article are those of the authors and do not necessarily reflect the official policy or position of DailyO.in or the India Today Group. The writers are solely responsible for any claims arising out of the contents of this article.