I'm no fan of SRK or Aamir, but Salman Khan is the worst

I hope you grow a brain before your fans do.

I see you Salman Khan. I see the perpetual schism between your conscience and your bravado and how this split makes you look like a tranquilised bison.

I see you dance sluggishly on music channels, your body always three steps behind the extras that are doomed to forever prance about in your background.

On movie channels, I see you struggle with any dialogues that are not hammy threats or misogynistic proclamations.

All you seem to do in your movies is beating up people and walking away from explosions in slow-motion like a genetically modified potato.

Also read - So Salman Khan knows what it feels like to be a 'raped woman'?

I have seen you for far too long on news channels with a scowl plastered across your face.

These days when you try to smile, you end up looking like Denver the Guilty Dog.

I see all of this and I can't understand how you are so successful. In any other country, you would be a joke. An actor who can't act and makes the same movie 102 times would be laughed out of any other movie industry.

Some Hollywood stars have seen their careers disappear over purported crimes, insensitive statements and legal issues.

Fortunately for you, India is a country that finds it easy to forgive movie stars like you in exchange for the next big hit. 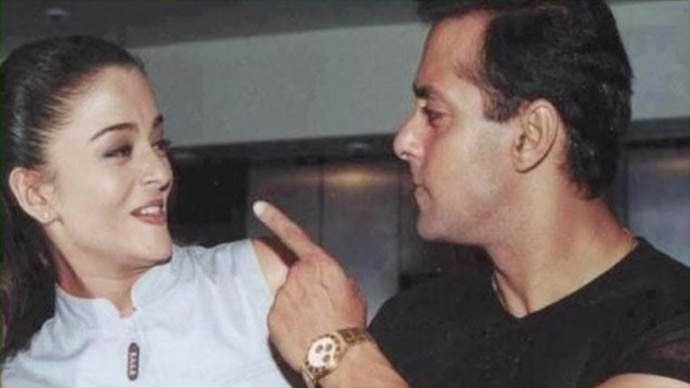 I see you struggle with any dialogues that are not hammy threats.

"Aishwarya is a drama queen!"

"Bhai doesn't even kiss girls or ask them to wear short clothes!"

"If you sleep on the road like a dog, you will die a dog's death!"

Using a rape analogy to describe a tough day at work?

"#SalmanMisquoted. Also, we all say that I got raped in exam or my cricket team got raped!"

I do think that this entire controversy could have been avoided if you were slightly careful when opening your mouth.

Yes, you retracted your statement when you realised that it was a callous thing to say. But why did it occur to you in the first place as something that could be shared with a media person?

Is there no filtering going on in your head? Why are you thicker than a Ludhiana lassi?

When people ask me if I'm feeling hot, I don't tell them that I feel like that Vietnamese girl who was running away from napalm.

When someone asks me if I'm feeling scared, I don't tell them that I'm as scared as a Syrian refugee whose boat has capsized.

And when someone asks me if I'm feeling tired, I certainly don't tell them that I feel like a raped woman who can't walk straight.

Subhash Ghai, someone you slapped publicly in the past, came out in your support and said, "It is insensitive and disgusting translation by someone. He just said one thing that it is a human agony he went through. The deepest human agony is when a woman is raped. He was talking about a metaphor. He is just a child and I know he respects women like anything".

I half agree with Ghai; you are actually a man-child.

Even though you are 50-years-old, your father has to apologise for your shenanigans each time. This time was no different as he urged that "Forgiveness is to pardon the unpardonable or it is no virtue at all. To err is human to forgive divine. Today on Intl (international) yoga day let's not run our shops on this mistake."

For God's sake, you have reduced your father to evoking Yoga Day in order to defend you.

I have to applaud you for somehow managing to appeal to the basest instincts in people. Your fans and supporters will gladly follow you to the end of a cliff like rats followed the Pied Piper.

An air-hostess I spoke to in Mumbai said "that pavement dweller was lucky to be killed by Salman Khan". On other occasions (always in Mumbai), your fans have defended you to me by arguing that you are a changed person, that you give out Rolex watches to beggars and that you have saved many lives through Being Human.

Even after this recent brouhaha, they had the same defence.

Can I just say that I think Being Human is the biggest pile of wank ever created? It's obvious to anyone but your fans that this "charitable foundation" was created as a PR stunt right after your hit-and-run case in 2006.

Besides, you don't donate any money to Being Human; your fans do. They are the ones paying money to wear your ugly T-shirts when it should be the other way around.

I should actually thank you for making it easier to identify your fans; whenever I see someone wear a Being Human T-shirt, I stay the hell away from them.

If only these people knew that just 10 per cent of their purchase - in a Rs 300 crore company - goes towards a charitable cause. How do you even sleep at night?

Someone who enjoys your kind of reach could bring about many positive changes in the country. I'm not a Shah Rukh or Aamir fan either but I have to give them credit for at least speaking out on issues that matter. Using a rape analogy to describe a tough day at work?

They challenge themselves to make half decent films because perhaps they realize that they can only entertain their audience through experimentation. You, on the other hand, put out turd after turd every Eid/Diwali and keep Indian cinema in arrested development.

When asked why you make such terrible movies, you said that "I tried making films with messages, but now I'd rather send a text". Har har. Oh, my sides.

Somehow you've managed to convince your fans that your brand of cinema is what they deserve. Every now and then I catch a glimpse of disappointment in your face as if you realise that nothing you produce has any relevance to anyone with an IQ above 80.

You've also said in the past that "cinema should always be in touch with the soil of the country. My films celebrate the heartland of India".

If your films are about the heartland of India then its arteries are truly clogged with misogyny and banality.

Half the people baying for your blood over your comments don't even care about what you said. Yes, India is a country where stupid issues like these get more coverage than the deplorable condition of many women.

However, you just walked into a headline. People can't stand you because time and time again you have proven yourself to be a despicable personality.

They hate your pompous grin and your lack of remorse for any of your actions.

I don't care if you extend an apology or not (you probably won't) because it is bound to be half-hearted.

I just want you to know that, one of these days, even your fans will grow brains and probably stop watching the rubbish you've been dishing out all these years.

I hope you grow a brain before they do.

Post your comment
#Sultan, #Salman Khan
The views and opinions expressed in this article are those of the authors and do not necessarily reflect the official policy or position of DailyO.in or the India Today Group. The writers are solely responsible for any claims arising out of the contents of this article.