Two years since US legalised same-sex marriage, India as homophobic as ever

Heteronormativity is still regarded as the natural recourse of societal order.

Two years ago, on June 26, 2015, the Supreme Court of the United States of America held in Obergefell versus Hodges that state-level bans on same-sex marriages are unconstitutional. Until then, the legality of same-sex marriages was different in different states in the US.

Obergefell versus Hodges, by proclaiming the unconstitutionality of banning same-sex marriages, created a new common pattern throughout all state jurisdictions of the United States apropos same-sex marriages. Soon after this decision, Facebook, Twitter and other social media platforms were abuzz with slogans and celebrations claiming "love wins" and there was a sudden upsurge of rainbow-edited profile pictures throughout social media. The hullabaloo was not limited to the United States, but spread across far and wide throughout the world, with a heavy predominance in India as well.

Two years later, it is time to revisit the celebration post-Obergefell, and to enquire whether love has, indeed, won or not? While same-sex marriage equality is great for those who desire marriage, it is far from the reality in many countries (especially the Middle East and South Asian countries).

Forget same-sex marriages, same-sex relationships or even same-sex intercourse is heavily penalised in many countries still, which extend even to lashing, pelting stones and death. In 2006, the number of countries that had same-sex marriages criminalised was somewhere around 96. The number dropped to 72 by 2016. The struggle is still going on and massive, but very far away from claiming and rejoicing that "love has won".

Even recently, reports of flogging in Sharia-dominated regions of Indonesia, persecution of gay men in Chechnya and judicial killing of gay men in Saudi Arabia have captured the news. Mass and widespread persecution of gay men, "corrective rapes" of lesbian women and systematic and structural harassment and drudgery of trans-individuals is still part and parcel of the age and time that we live in. Heteronormativity is still heavily regarded as the natural recourse of societal order, and is guarded heavily in order to prevent the delinquent sexual “other”. 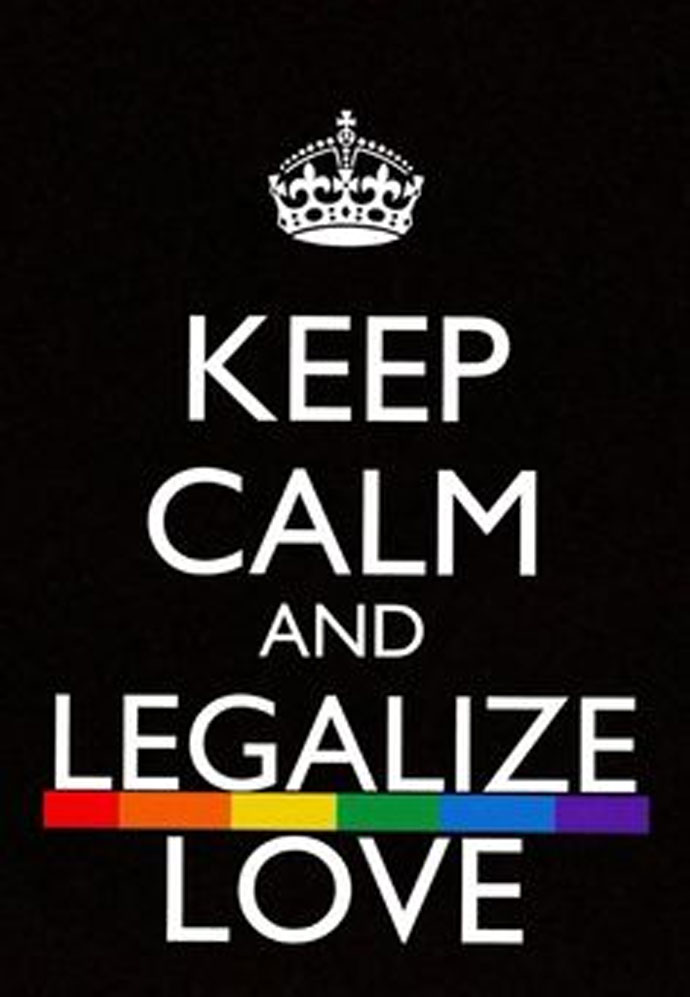 Decriminalisation of gay sex and legal challenges (although important) must not be the only goal in challenging heteronormativity.

India has had a rich culture of alternative sexuality and acceptance to alternative sexuality. For those who quote tradition and Indian culture as vices against queerness, have the least bit of understanding of what indeed entailed tradition, culture and religion. In Shikhandi and other Tales, Devdutt Pattnaik goes to great analytical length to unravel the mysteries behind queer identities, eroticisms and relationships spread far across Hindu mythology.

In Same-Sex Love in India, Saleem Kidwai and Ruth Vanita show a trajectory of same-sex relationships and the intolerance that rose against it through the Victorian morality of the British Raj, which slowly percolated through the country. Ignorance, and blind percolation, trumps historical and sociological facts yet again. In a Trump-Modi post-truth era, it is closely held prejudices and bigotry that takes the forefront, militating against and encapsulating reason.

In a Facebook post recently, I came out as a bisexual man to all my friends, family and relatives for the first time. Although I did receive a great deal of support, encouragement and motivation from friends and acquaintances, it was family that reacted in a very troubled manner. While the aunts and uncles considered me as a boy that has lost his way and engaging in unwarranted behaviour, parents couldn’t take it too well either. There I was, on the one hand, receiving a great deal of support and encouragement from friends and acquaintances, whilst on the other, receiving censure and reprehension from family.

Which side do I listen to? Which episteme do I engage with? Both? None? Either one?

Although the modern Indian society proclaims to be tolerant and accepting, there lies a great deal of hypocrisy within it as well. People whom I considered and looked up to as tolerant and wise of accepting uninitiated ideas, were surprised with the idea of alternative sexualities. Heteronormativity is deeply embedded in various institutions around us from religious institutions to legal institutions. Yes, even the Supreme Court of India was accepting of the idea that queer relationship/queer sex is unnatural and against the tradition of the country.

Whilst the US Supreme Court held banning of same-sex marriages as unconstitutional throughout the country, the Indian Supreme Court has held that decriminalisation of same-sex relationships/intercourse is illegal and outside the purview of the court.

Unless every individual is capable of expressing their sexuality, sexual preference and orientation in a free and open environment, with an utmost cohesive society conducive to the growth of free-thinking and decision-making, love has not won. Although many claim that baby steps is the way forward and celebrating every small victory is important, the judgment in Obergefell versus Hodges cannot be considered a victory for all of us outside the purview of the United States and the first world, where same-sex relationship and intercourse is still a crime, an abomination.

It is pertinent to take note of strategies and mechanisms employed to challenge heteronormativity elsewhere, but it would not be wise to compromise the context of the criminalised world with that of the non-criminalised one.

Of course, the reason I have shared my personal story in this piece is to show that legal change proves nothing, and there ought to be a radical change in the minds of people in accepting alternative sexual identities.

Unless the society and people within it come together for social transformation, change is difficult to achieve. The law may have criminalised casteist oppression, but the country is still facing the wrath of savarna oppression.

Similarly, decriminalisation and legal challenges (albeit important) must not be the only goal in challenging heteronormativity.

For, we are living in a society where mob-justice and lynching is the norm of the day. In such a problematic state of affairs, let us always remember the words of one of my most favourite authors, Jiddu Krishnamurthy: "It is no measure of good health to be well adjusted to a profoundly sick society."

Also read: Gay or straight, India: It's time we all come out

#Same sex marriage, #Section 377, #Supreme Court, #Homosexuality
The views and opinions expressed in this article are those of the authors and do not necessarily reflect the official policy or position of DailyO.in or the India Today Group. The writers are solely responsible for any claims arising out of the contents of this article.