SC verdict on Section 377 is a victory, but the battle isn't over yet

Even though there is reason for cheer, we must not forget that the verdict itself is not enough.

After a long movement, we have finally achieved independence for ourselves.

The Supreme Court of India has clearly said in its verdict on Section 377 that members of the LGBTQ community enjoy the same rights that are enjoyed by others. Now, with the ruling in effect, we have the right to live with dignity. We welcome the verdict of the apex court as it widens the path for us to achieve equal rights in other pending cases. The Supreme Court bats for LGBTQ: Latest verdict on Section 377 clearly states that homosexuals enjoy the same rights enjoyed by others. (Photo: PTI)

After a long battle we have achieved this milestone. The NALSA verdict in 2014 made our demands stronger and we have reached our destiny via the apex court verdict now.

The IPC 377 was enacted by India's British rulers centuries ago. In this Victorian worldview, there was no chance of reproduction in case of a homosexual relationship; this is the only reason why homosexuality was treated as an "offence".

A new battle has started. Now, the mode of battle and the reasons for it will be different. We must not forget the struggle that has come before this and we must keep it in mind that our battle is not over yet. We have seen that we had to wait for four years after the verdict of NALSA itself. 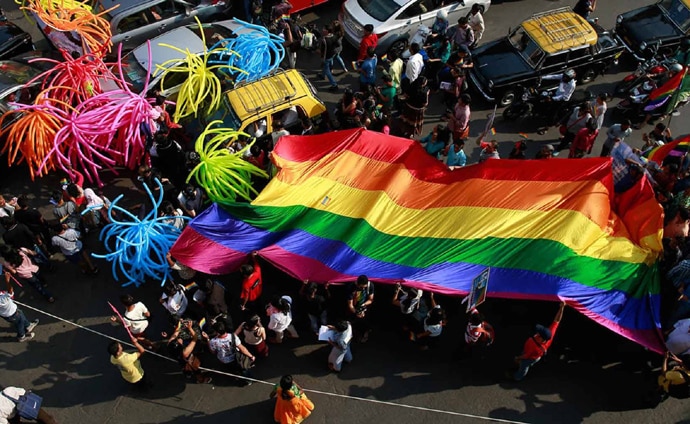 Now we have to act to enact this judgment properly. (Photo: Reuters)

There will be a prolonged effect of this verdict. This verdict will affect decisions regarding sex and willful sex in the future. On the other hand, adopting children for homosexuals will be easier.

Even after four years of the judgment of NALSA, the Bill for homosexuals is still pending. Maybe, I think, this verdict will not cover us fully; there may still be some clauses against us. In that case, we will have to file petitions again. We need to study what has been said and written with great care now.

Numbers of countries have legalised homosexuality – now, it’s our turn. Ironically, we had been maintaining the age-old British law whereas the UK had already dropped this years ago.

Also read: Section 377 only partially struck down: What still remains criminal under the law?

#Nalsa, #Homosexuality, #LGBTQ, #Supreme Court
The views and opinions expressed in this article are those of the authors and do not necessarily reflect the official policy or position of DailyO.in or the India Today Group. The writers are solely responsible for any claims arising out of the contents of this article.