Our country, the birthplace of nearly half the world's nine major religions, has long been a haven for the other half.

When the Narendra Modi government took office last May, dire warnings were issued. There will be communal riots, predicted one newspaper. The Samajwadi Party (SP), the Left and the Congress joined the chorus. The Economist, analysing Modi's first year, wrote: "This newspaper chose not to back Mr. Modi in last year's elections because of his record on handling religious strife … We are happy that our fears of grave communal violence have so far not been realised."

Keki Daruwala, a former member of the National Commission for Minorities, challenged that view in The Economic Times in an article on May 30, 2015, provocatively titled: "So What If There's Been No Riots?"

Daruwala wrote: "There has been no sectarian riot worth the name since the NDA government came to power in May 2014. But is this the measure of the well-being of minorities? No houses burnt, no Muslims or Christians stabbed, so all is hunky-dory? Rajeshwar Singh of the Dharam Jagran Samiti, the man reportedly behind the RSS' ghar wapsi programmes, states in Etah, UP, that 'India, will be made free of Muslims and Christians by 2021. India is the country of Hindus alone.'"

Two articles (including one last week) by Julio Ribeiro, the former director-general of Punjab Police, argued in the same vein as Daruwala: no riots, true - but Muslims and Christians are unsafe in India, circa 2015.

It is time, therefore, to bury this myth and exhume the facts.

India is secular not because Indira Gandhi inserted the word into the Constitution in 1976 but because Hindus are innately secular. Of the world's major religions, Hinduism is the only one without a prophet. No one "founded" Hinduism - unlike Christ, Mohammad, Zoroaster, Abraham, Confucius, Mahavira, Buddha and Guru Nanak.

Hinduism, or Sanatana Dharma, evolved organically. The Vedas (circa 1800 BC) predate the second oldest religious text, Judaism's Torah (circa 1300 BC), by several hundred years. Sanatana Dharma is the world's oldest organised religious philosophy. It was followed by Judaism, Zoroastrianism and then in quick order by Jainism, Buddhism, Confucianism and Christianity. Islam is a relatively young religion as is Sikhism. Of these nine major faiths, four were born in South Asia (Hinduism, Buddhism, Jainism and Sikhism), four in West Asia (Judaism, Zoroastrianism, Christianity and Islam), and one in North Asia (Confucianism).

Thus every major religion is of Asian origin. Europe appropriated Christianity through Rome. Jesus Christ was a brown-skinned, dark-haired Semitic Jew born in Bethlehem. His ancestry was Middle Eastern. Later depictions of him in popular culture (movies, plays, photographs, media) showed him as Caucasian with European features and fair hair. The myth endures.

India, the birthplace of nearly half the world's nine major religions, has long been a haven for the other half. The first Jews arrived in India on the Malabar coast in 542 BC and form one of the world's oldest and most peaceful Jewish communities. (India, unlike Europe, has never seen anti-Semitic persecution.). The first Christians came to India, again in Kerala, in 52 AD, before Christianity had even encountered Europe. Zoroastrians fled Islamic persecution in Persia (today's Iran) and found refuge in Gujarat in 720 AD, becoming one of India's most successful communities (Parsis).

Sword-wielding Islam, meanwhile, was conquering large swathes across Europe, its armies reaching the gates of Vienna before being defeated in battle in 1529. It turned its attention to India. The Mughals were Chaghtai Turkish warlords from Central Asia. Unlike Christians, Jews and Parsis before them, they came to India to conquer, not seek refuge.

The final foreign invasion of the subcontinent was by the British, following the Battle of Palashee (Plassey) in 1757. The British were shrewder than earlier invaders. They sensed that religious conversions would complicate their main objective in conquering India: to make money, usurp Indian raw materials to fuel the industrial revolution back home, and expand the British Empire through trade backed by guns and warships. The British had lost their American empire in 1776 just as they were building a new one in India. Without India, there would have been no British Empire.

Britain, a Protestant country, rarely converted Indians during its 190-year occupation of the subcontinent. That is why there are relatively few Protestant Christians in India: the bulk of Indian Christians are Catholics, converted by Portugese, Irish and Spanish Jesuits who both preceded and followed the British into India (Goa, Puducherry, the Deccan and elsewhere). Their focus, unlike the Protestant British, was not trade. It was religious conversion.

They failed on an epic scale. While the cannier British did not aggressively proselytise, the Portugese, Irish and Spanish (all Catholic nations) ceaselessly did. But the conversions of Dalits and other disenfranchised Hindus to Christianity over several centuries led to just 1.5 per cent of India's population being converted to Catholicism. The number converting to Protestantism was even lower: 0.7 per cent.

Islam followed a different route. The Mughals converted Hindus in three ways: one, by inducement - the allure of finding a place in the hierarchy of the Mughal court; two, to avoid paying the jizya tax imposed on Hindus; and three, to escape from the dehumanising caste system into a more egalitarian if harsh, didactic Islam.

This historical background is necessary to put in perspective the debate over "the safety" of Christians and Muslims in India. Much of this debate is skewed and some of it is fraudulent. While fringe elements of the Sangh Parivar have made provocative statements, the government has clamped down on them. The prime minister on Monday (June 1, 2015) did so unequivocally. But in a free society, fringes on the right and the left will still occasionally stir the pot. 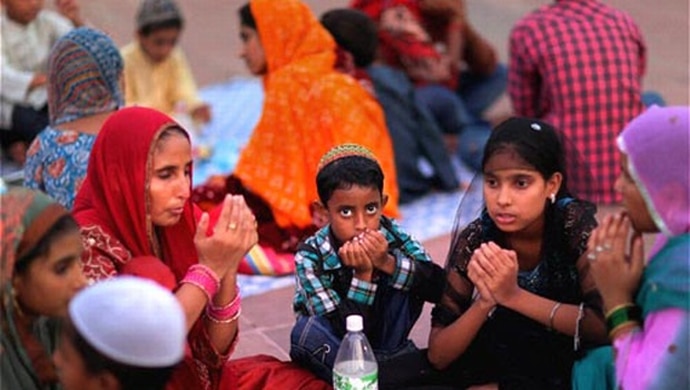 Are attempts being made to communalise India's historically secular ethos? (Photocredit: PTI)

Where the fraud lies is the deliberate attempt to create an atmosphere of a communal crisis where none exists. Nearly 210 million Muslims and Christians live in India. The vast majority are not discriminated against. Jews and Parsis have lived trouble-free, prosperous lives in India for centuries. But dodgy NGOs, agenda-driven websites and self-styled evangelists and mullahs are now creating false paranoia in the minds of minorities.

Both cases were proved to be either embroidered or part of India's centuries-old segregated community tradition (Saraswat, Parsi and Hindu housing colonies, Muslim-only jobs, etc). Segregation and discrimination on the basis of caste, religion or region is appalling but a fact of everyday life in India.

Why then are attempts being made to communalise India's historically secular ethos that though has well-recognised millennia-old structural societal flaws? The answer: a curious mix of local politics, geostrategy and religion.

Minister of state for home affairs Kiren Rijiju was asked specifically about the role of foreign-funded NGOs. His terse reply: "If the NGOs react in a manner prescribed in the rules and the conditions, there is no reason for the home ministry to place any restrictions on them. All NGOs should conduct themselves in conformity with provisions of law. If anybody violates law, it is incumbent upon the Government of India to act. And it is also incumbent upon NGOs to follow norms. The responsibility and onus is on both. When you are registered under FCRA (Foreign Contribution Regulation Act), you have to file returns; if not, inform the MHA why it has not been done. You are still supposed to inform the status of annual returns. If you have received funds from foreign donors, you must use that money for the purpose for which it has been funded."

So are foreign-funded NGOs to blame for fanning communal flames? Are foreign governments which want India to fall in line over World Trade Organisation (WTO) and climate change protocols using the bogey of communalism to put pressure through a section of the media on a government they sense is vulnerable to such criticism? Do the clutch of websites that have sprung up in the last year echo such anti-government views as part of the same strategy: to make communalism a self-fulfilling prophecy and weaken the government?

The worst sufferers in this chicanery are minorities themselves. The media overkill damages the country's secular fabric, breeds anti-minority paranoia and widens religious chasms.

In Pakistan, minorities (Hindus, Christians and others) have been virtually exterminated. In the Middle East, minorities (including Hindus) don't even have basic civil rights. In Europe, minorities (Muslims) live under strictures (no hijabs in public places in France and Belgium, no new minarets on mosques in Switzerland). In the US, cartoons of the Prophet are drawn in defiance of Islam's tenets and copies of the Koran burnt.

India, meanwhile, remains for all communities the secular haven it has been for centuries. US ambassador Richand Verma and German ambassador Michael Steiner should remember that - and the racial and religious prejudices that still weigh down their countries - before they fish in India's secular waters.

#Hinduism, #Islam, #Religious minorities, #Secularism
The views and opinions expressed in this article are those of the authors and do not necessarily reflect the official policy or position of DailyO.in or the India Today Group. The writers are solely responsible for any claims arising out of the contents of this article.