Sharad Pawar and the Karma Connection: Shiv Sena-BJP are showing Sharad Pawar his own tricks today

He famously engineered many defections and party splits. With his own MLAs now deserting the NCP ship, is political karma catching up with Sharad Pawar?

Politics in Maharashtra is heating up with large-scale defections from the Nationalist Congress Party (NCP) to the BJP and Shiv Sena — several 'A' listers from the party have either quit or are on their way out.

Leaders and regional satraps who were once known for their loyalty to NCP supremo Sharad Pawar are joining the BJP and its regional ally, the Shiv Sena. 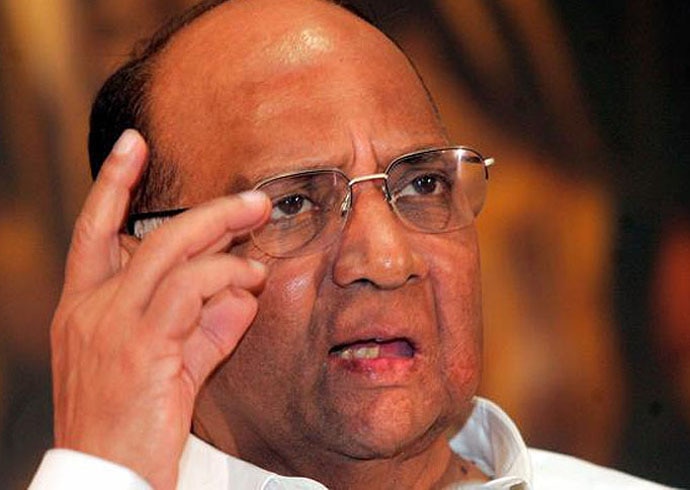 Didn't see it coming? Sharad Pawar is currently seeing many of his party leaders switch to BJP and Shiv Sena. (Photo: Reuters)

Interestingly, such a phenomenon is unprecedented in the western state's politics. Those who have had their ear to the ground are getting to know that the Maratha strongman is perhaps reaping what he sowed.

A look at Pawar's career spanning almost five decades shows how the political heavyweight's decisions changed the course of Maharashtra on more occasion than one.

In Maharashtra, they once preferred calling it Pawar's 'dhakka tantra' (shock therapy) — such was his clout that no one dared cross swords with him. Leaders across political lines always saw to it that even if they were not on good terms with him, they at least were not in his bad books.

Pawar's tryst with 'dhakka tantra' began in 1978 when he toppled the government led by Congress leader Vasantdada Patil. Thirty eight-year-old Pawar walked out of the party with a group of MLAs to form the PuLoDa or the PDF (Progressive Democratic Front).

Many alleged that Pawar had backstabbed Patil. Down Memory Lane: Sharad Pawar was instrumental in the fall of the Vasantdada Patil government, in 1978. (Source: Wikimedia Commons)

Pawar was never able to wipe off the blemish.

After being out of the Congress for some time, Pawar again led the Congress government in 1990, but the party had won only 141 seats, which was short of a majority.

Pawar's 'dhakka tantra' was once again at work.

This time, he poached from friend Bal Thackeray's party, the Shiv Sena. Chhagan Bhujbal, then a strongman in the Shiv Sena, split the party to join hands with Pawar. This was a political coup of sorts. No one had ever thought that a closely knit party like the Shiv Sena would ever split and someone like Bhujbal would lead the rebellion against his godfather Bal Thackeray.

But Pawar successfully engineered the split.

In 1999, Pawar yet again stunned many when he led the revolt against Sonia Gandhi over her foreign origin — along with party leaders like late PA Sangma and Tariq Anwar.

Pawar was expelled for his miscalculated adventure. He formed his own party, the NCP, by snatching away several top Congress leaders. 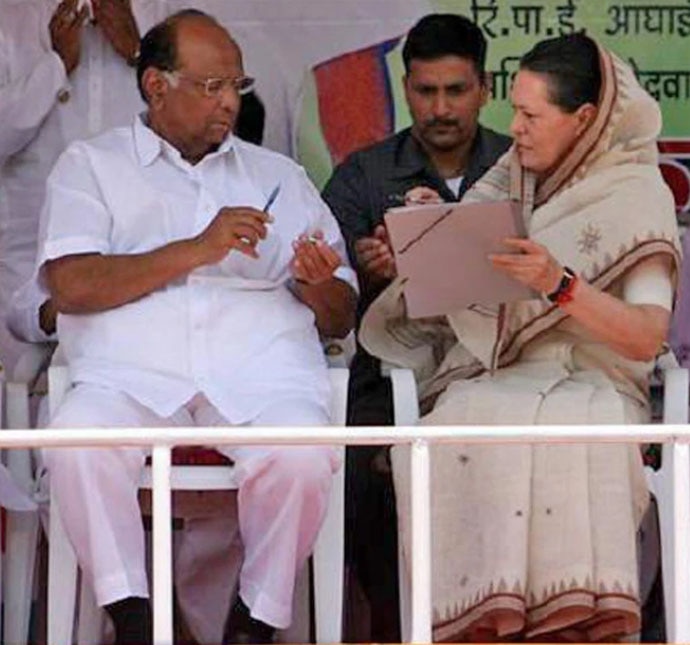 The Origin of it: Sharad Pawar tried to affect a split in the Congress on the issue of Sonia Gandhi's foreign origin. (Photo: India Today)

In 1999, another Sena strongman, Ganesh Naik, from the satellite town of Navi Mumbai, was poached by Pawar. The Shiv Sena that was strong in Navi Mumbai was left to play second-fiddle.

Known for weakening his political opponents, Pawar turned his eye on his bête noire Gopinath Munde's family. It was the late Munde who led a sustained political campaign against Pawar. Munde was successful even in bringing together the anti-Pawar faction that included leaders like (late) Vilasrao Deshmukh and Shankarrao Kolhe among others. Even though Pawar maintained good personal equations with leaders from other parties, he and Munde perhaps never got along well even on a personal level.

Pawar served a huge blow to Munde in 2012 when he poached a member from his family — Munde's nephew, Dhananjay, who was apparently already upset with the promotion of cousin Pankaja, easily fell into Pawar's lap.

While his political moves have many a time stunned people, they have also led to instances of embarrassment for him.

In 1995, when the Shiv Sena-BJP government came to power, it was a bunch of independents who extended support. Most of them were known as Pawar loyalists. The myth that Pawar actually helped the Sena-BJP combine stay in power is still fondly remembered in the corridors of power. Ditto in 2014, after the break-up with the Shiv Sena, the BJP emerged as the single-largest party, falling short of a simple majority. Pawar voluntarily extended support to the BJP, leaving his supporters puzzled.

Many leaders were fuming, but then it was again credited to Pawar's 'shock therapy'.

Nothing is permanent in politics, they say.

This comes at a time when the party is at an all-time low — more leaders from Pawar's party are in touch with the BJP and Shiv Sena. Look a little closer: Sharad Pawar is hitting out at the BJP for 'poaching' NCP leaders but what about his own past? (Photo: PIB)

An angry Pawar has hit out at the BJP for 'engineering' these defections. Pawar's anger may be justified — but perhaps it's something Pawar once sowed.

What was once legitimised by Pawar supporters has come back to haunt him. From Bhujbal to Dhananjay Munde, Pawar and his style of shocking rivals has sometimes created ripples, sometimes brought tsunamis.

But now, the tornado is knocking at his own doors.

With changing times, political karma seems to have caught up with the Maratha strongman.

Post your comment
#Shiv Sena, #BJP, #NCP, #Sharad Pawar
The views and opinions expressed in this article are those of the authors and do not necessarily reflect the official policy or position of DailyO.in or the India Today Group. The writers are solely responsible for any claims arising out of the contents of this article.