He shocked the BJP with his relentless criticism of PM Modi. And now he's poised to take on his own former colleague Ravi Shankar Prasad in Patna Sahib, in a truly bombastic Bollywood-style clash.

Bihar is playing host to two eagerly awaited, high-profile contests in the upcoming Lok Sabha elections, keeping both the expert and the layperson highly interested.

So what if this happens to be the 64-year-old Prasad’s first Lok Sabha outing? The absence of firsthand experience doesn’t diminish the worth of his strategically well-planned candidature. Sinha, of course, has left the BJP to take part in the slugfest as an RJD-led Mahagatbandhan candidate apparently poised to join the Congress. Reduced to persona non-grata in the BJP, he didn’t have a choice.

Even when he was in the ruling party, Sinha shocked the party insiders periodically with his relentless criticism of Prime Minister Narendra Modi. The actor-turned-politician dealt in barbs unhesitatingly — which apparently didn’t make him too popular with the people who mattered. 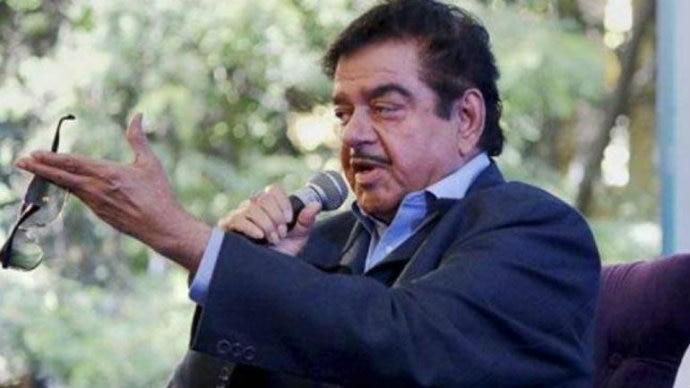 Never Khamosh! Even in the ruling party, Sinha shocked insiders with his relentless criticism of PM Modi. (Source: IndiaToday.in)

Unleashing tweets from time to time, he referred to Modi recently as ‘outgoing sirji’. He didn’t pause to mince his words, posting statements such as this, “Honble outgoing Sirji. Why are you wasting so much money on different channels and on the paid and choreographed crowd who chant your name at any given time — during, before & after your speeches on the signal of the conductors? Your rhetorics/speeches lack content and depth…” Making such statements was always a dubious indulgence — that finally backfired.

About a week after announcing his intention to join the Congress, Sinha came down heavily on the PM with a tweet that read, “Sirji, I still remain your wellwisher despite your EVM misuse and in-spite of all your arrogance. My humble suggestion for you at this eleventh hour would be to become straight and go straight."

In recent times, he has thus emerged as one of the leading Modi baiters in the country.

Political dissidents aren’t particularly rare. They are the ones who often make politics such an absorbing — and entertaining — affair. What is rare is a politician’s repeated assaults on the leader of the party he/she is a member of. A common perception is that Sinha felt he was being neglected by his party superiors. His response appeared to reflect his displeasure, which alienated him from his party even further.

Sinha hasn’t been a failure in politics. But he is best known for being an actor who could play to the gallery in his heyday, at times, in the avatar of an angry young man who could not become Amitabh Bachchan. Be it as the leading man or the villain, he was his most appealing when kitsch ruled in Bollywood. 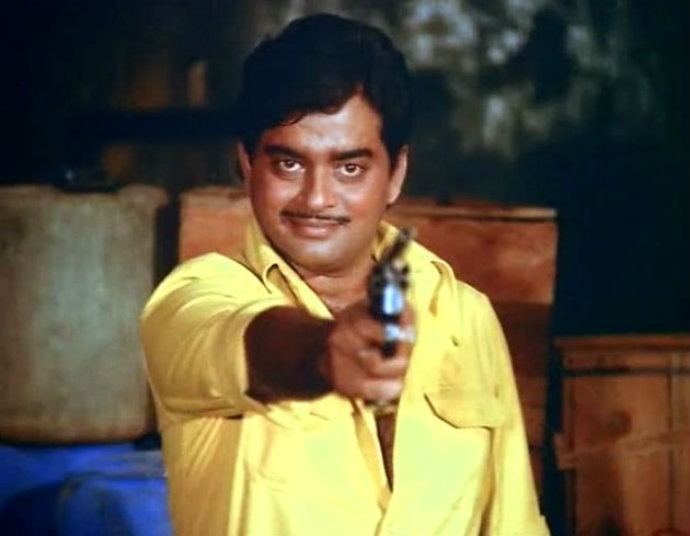 The man from Patna shared screen space with the Big B in multi-starrers like Kaala Patthar, Dostana and Naseeb. Frequently seen in anti-hero roles, his fans adored him for his booming voice, stylised dialogue delivery and flamboyant swagger. He was one of those stars whose career was defined by over-the-top dialogues which he could utter with style and conviction — and thoroughly impress the audiences.

Think Kalicharan (1976) in which he played the characters of a cop and a prisoner who mutates into a good human being. In the film, he says, “Sar par kafan bandney waaley maut sey nahi dara kartey (Those who tie a shroud around their heads aren’t afraid of death).”

Many of Sinha’s dialogues became immensely popular after he delivered them in his trademark style. Badla (1974) had him utter his most popular and also his shortest famous dialogue for the first time ever — ‘Khamosh’ (Silence).

In Betaaj Badshah (1994), he says, ‘Hum woh pandit hain jo shaadi bhi karate hain aur shraddh bhhi’ (I am that priest who presides over marriages as well as funerals). In Jeene Nahi Doonga (1984), he thunders, 'Main teri itni botiyan karoonga...ki aaj gaon ka koi bhi kutta bhookha nahi soyega' ( I will chop you into so many pieces that not even the dogs of the village will go hungry tonight). Patna's Favourite Hero: Regardless of whom they will vote for, Patna has a perennial soft corner for this man. (Source: IndiaToday.in)

Somehow, it is difficult not to feel that Sinha, the politician, echoes his onscreen persona as an actor. There is a constant element of drama in his speeches. He relies on bombastic, flamboyant expressions to make an impact — just as he did in his movies.

What do voters in Patna think of Sinha?

Regardless of whom they will eventually vote for, the city has a substantial number of residents who have a soft corner for the man. Stardom has an ageless quality. Some of his local fans refer to him as simply ‘Shatrughan’ or its colloquial variation ‘Shatrughna’, with an accented ‘a’. He rules over their hearts even today. In no way does that mean though that a Sinha win is on the cards for sure — both he and his rival Ravi Shankar Prasad belong to the Kayastha caste, which enjoys considerable clout because of its significant presence in the Patna Sahib constituency.

The Kayastha vote will get divided among the two main contestants.

Patna Sahib has been a BJP stronghold because of a major upper caste vote share. The ruling party is represented by Ravi Shankar Prasad this time. Votes of other castes and Muslims can turn out to be the deciding factor – especially if the margin of the win isn’t particularly big.

Irrespective of how he fares, Sinha won’t stop firing projectiles at Modi and the BJP anytime soon. He will remind everybody with his speeches and tweets on why painting the town saffron is a bad idea.

And, he will do that like a Bollywood star of old big-budget bombastic films.

Also read: Shatrughan finally on the way out of BJP: Why this is win-win for all only for the time being

#Narendra Modi, #BJP, #Patna, #Ravi Shankar Prasad
The views and opinions expressed in this article are those of the authors and do not necessarily reflect the official policy or position of DailyO.in or the India Today Group. The writers are solely responsible for any claims arising out of the contents of this article.