CM Shivraj Singh Chouhan has threatened top officers with transfers if they are unable to control crime.

In what is clearly a dangerous trend, the police in Madhya Pradesh have turned judge, jury and executioner in certain matters pertaining to law and order. This comes on the heels of the chief minister threatening top officers with transfers if they are unable to control crime within their jurisdiction.

Videos of police personnel letting women thrash history-sheeters are doing the rounds on social media. But very surprisingly, no one seems to be questioning these acts of the citizenry to take the law into their own hands at the behest of the police. Why is the citizenry craving instant justice? Perhaps because of the inaction of the same police that is delivering it now. 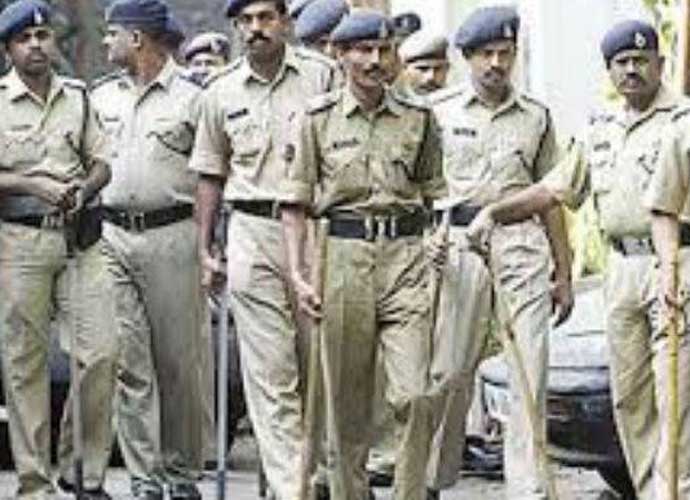 Why is the citizenry craving instant justice? Perhaps because of the inaction of the same police that is delivering it now. Photo for representation: India Today

It all began last week when a 19-year-old girl, a BCom student at a local college in Bhopal, committed suicide. Her family said she was being harassed by Danish, a youth who lived close by. The girl had complained to the police but action had not been taken. One day, when Danish allegedly slapped her for not responding to his overtures, she went home and committed suicide.

MP’s record in crimes against women is deplorable. The state is at the top of the heap in the country every year in the “Crime In India” report brought out by the National Crime Records Bureau in so far as crimes against women go. The rape of a civil services aspirant, along the railway tracks in the heart of the city some months ago, had led the CM to transfer a number of cops from the capital.

The suicide by the 19-year-old last week prompted the Congress to stage agitations against the state’s law and order situation. The CM then convened a meeting of DMs, SPs, IGs and commissioners, and told them that he only cared for results — not really the means — and a campaign against anti-social elements should be launched.

With a “I mean business” face, Chouhan told the officials via video-conferencing that he wanted “action-action-action” or else they would be removed from their posts. In Bhopal, videos surfaced of police personnel making historysheeters walk on the streets. Cops then invited women standing by to slap those who had been rounded up. Many women willingly obliged, raining blows on chained boys.

The police also began a campaign with the municipal corporation to demolish encroachments by criminals. There was hardly a murmur of protest by anyone against what was being done. No one knew why the boys were thrashed by the public at the behest of the police — it was like a movie scene straight out of a dystopian setting. No one questioned that if they were hardened criminals, as the police claimed they were, why were they out on the streets in the first place, and who was responsible for that?

The citizenry is perhaps so helpless about criminals having a field day that no one wants to know whether they are getting a fair trial or not. Any armed force with unbridled powers can be a threat to the functioning of a civilised society, but right now, this is merely a concept that the “human rights wallahs” talk about. The IPS cadre used this opportunity to demand the introduction of the police commissioner system, wherein the police have magisterial powers.

The IPS cadre in MP, whenever questioned about the law and order, use the absence of the commissioner system as a reason and suggest that as the panacea for all ills. Well, if this is what they want it for, the present encouragement by the police for nudging the citizenry to take law into their own hands should be the biggest argument against the police commissioner system.

Also, CM Shivraj Singh Chouhan has held the reins of the state for the last 13 years. He would do well to introspect why, and under whose watch, have matters come to this point.

#NCRB, #Crime, #Madhya Pradesh, #Shivraj Singh Chouhan
The views and opinions expressed in this article are those of the authors and do not necessarily reflect the official policy or position of DailyO.in or the India Today Group. The writers are solely responsible for any claims arising out of the contents of this article.