Many of these attacks are systematic and well-planned rather than being random.

In the world that we live in today the metaphoric phrase of ‘shooting the messenger’ is so apt. Journalists have become increasingly vulnerable to attacks both online and offline. Though in much of the world we see awareness on journalists’ right to access of information and expression.

But it is also a fact that the incidents of threats, virtual abuse, harassment and even physical injury have been constantly on the rise. For those who investigate stories and work from difficult zones, the threat is compounded. On the evening of June 14, three unknown gunmen let loose their automatic machine guns on a senior Kashmiri journalist Shujaat Bukhari and his two security guards right outside his office. They all died on the spot. Like most of us working from this conflict zone, Shujaat was also a victim of online vitriol before the physical attack on him. His death had a calamitous effect on us. But the life, the work and the reportage had to go on.

He has penned nine books and is also facing nine charges of sedition, which carry a penalty of 43 years of imprisonment. All this for his satirical cartoons and tweets decrying government scandals and misdealings.

He has been facing several attacks, crackdowns and raids for years now. At the Seoul conference, Zunar told a gathering of close to 500 journalists from across the region, “We all have fear. Yes we all do. But when it comes to the question, which one is bigger, fear or responsibility. The responsibility is bigger. I told them you can ban my book, you can ban my cartoons but you cannot ban my mind.”

True, it is this spirit and the passion of storytelling that keeps a journalist going on. But in the wake of increasing cases of assault in various forms, it is also equally important to know and understand the ways and means to cope with the threat. The flood of harassment today is of different shapes and means; death threats and physical assaults, legal threats and jailings, trolling and doxing.

Umar Cheema is a known investigative journalist from Pakistan, a country categorised by CPJ as the world's deadliest place for the press in 2010.

On September 4, 2010, Cheema was abducted. He was held captive for more than six hours; during this time the masked individuals tortured him and asked him to stop criticising the government in the articles. 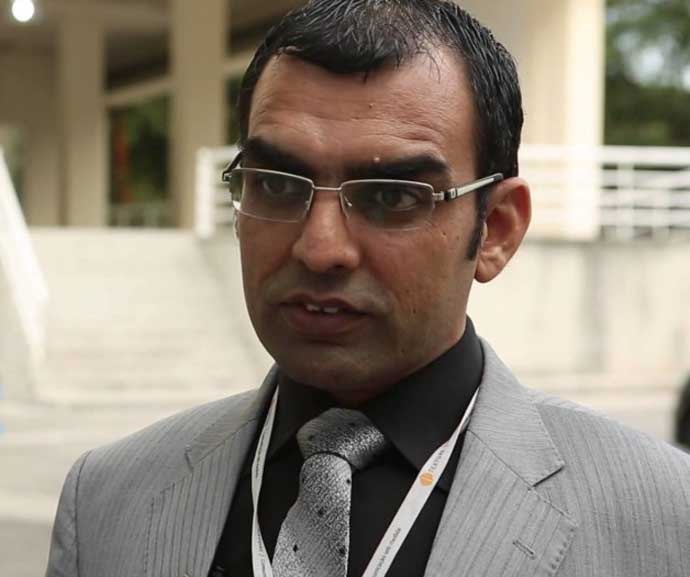 Umar Cheema was abducted and tortured for criticising the government. (Source: Twitter)

“I was beaten up, undressed, shaved, and photographed in humiliating poses. The torture was physical and also psychological. They told me if I write again I will be killed next time,” said Umar Cheema at the GIJN conference.

Cheema, however, thought if he cows down to the pressure and harassment it would never end. He decided to speak up. "It made me stronger and made my enemies more cowardly. Their efforts to intimidate me but it backfired," Cheema said.

On December 29, 2017, three local journalists and their driver were released from Myanmar’s Yamethin Prison. They had served a two-month sentence for operating a drone near the parliament compound in Naypyidaw. It was a first of its kind sentence.

Aung Naing Soe, a freelance journalist was one of these three journalists. At one of the session of the GIJN conference he made a passionate speech and tried to throw light on the plight of journalists working in his country. “Things aren’t good at all. I don’t believe I was arrested for a mere drone flying. They were keeping an eye even before. I realised this during my interrogation. They would ask me questions about my previous writings on various ethnic groups,” said Aung. He, however, also wasn’t someone who would give up so easily. “We went through it. In the jail I kept reading and writing. And once I am out now I continue to do my work,” he said.

In India, the issue of harassment of journalists is equally grave. The World Press Freedom Index 2018, which is compiled by Reporters Without Borders (RSF), reflects growing animosity towards journalists. In its ranking the country has dropped from 136 to 138 out of total 180.

Journalist Gauri Lankesh was about to walk through her front door in Bangalore on the evening of September 5, 2017, when she was shot dead by a motorcyclist. New cases of online and offline abuse towards journalists are reported on regular basis in India. Hate speeches targeting the scribes are amplified on social media by troll armies favouring certain political groups. 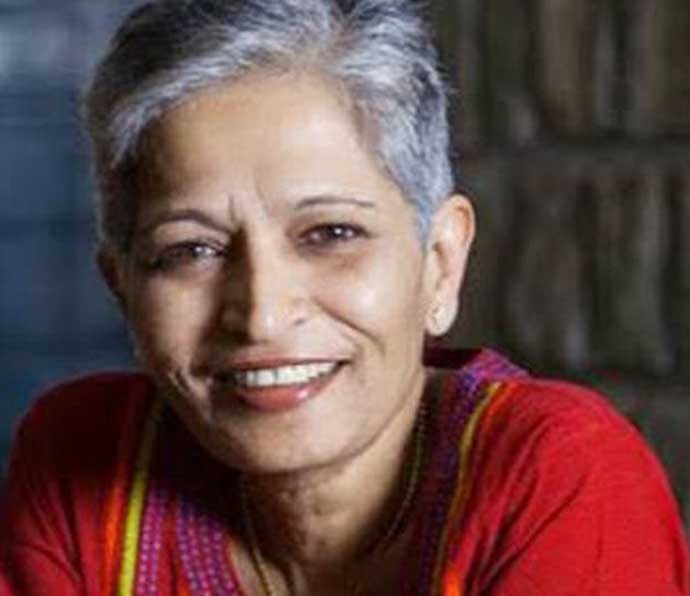 Gauri Lankesh was was shot dead by a motorcyclist. (Source: Faceobook)

Many of these attacks are systematic and well-planned rather than being random. While there is a worldwide debate over addressing the issue of intimidation of the press, very little seems to to be happening in the Asian countries.

Most journalists who have faced these attacks will tell you that the first step towards dealing with deliberate harassment is acknowledgement that it is happening.

Speaking up is the key to coping. This not only results in support cropping up from different quarters, but it also defeats the primary objective of the attackers, which most often than not is intimidating into silence.

Also read: What the Ramzan killings of Shujaat Bukhari and Aurangzeb prove

#Gauri Lankesh, #Journalists, #Umar cheema, #Shujaat bukhari
The views and opinions expressed in this article are those of the authors and do not necessarily reflect the official policy or position of DailyO.in or the India Today Group. The writers are solely responsible for any claims arising out of the contents of this article.