Its success will depend on timely implementation.

On June 25, the much hyped and hugely debated "Smart City" mission will complete its first anniversary, after it was formally launched last year by Prime Minister Narendra Modi as a flagship project on urban transformation.

Therefore, it is quite safe to say that cities will not only play a key role in growth and development of mankind, but can also create huge externalities for the planet, if not planned right.

The Centre's smart city programme has created a lot of buzz both at national as well as international level and is a great opportunity for us to plan our cities right.

The jury is still out on the tangible impact of the mission but what cannot be denied is the fact that the project has redefined the concept of centrally-sponsored schemes, especially around areas like urban development that are state subjects.

There are three key learnings that have emerged in the last year of the mission that are also significant in transforming the way our cities are planned. 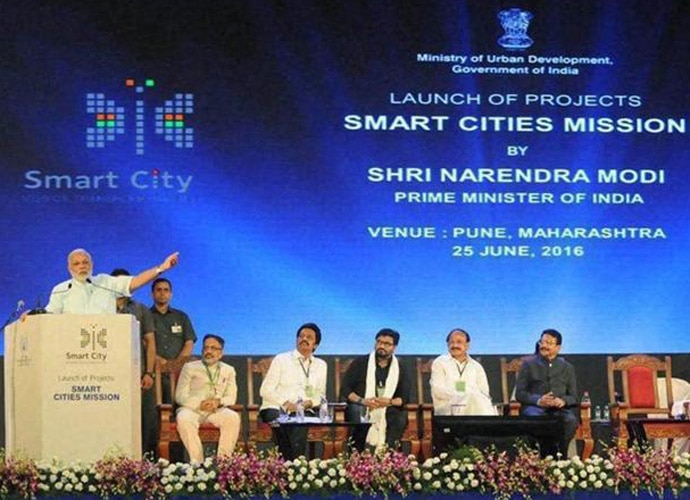 The Centre's smart city programme has created a lot of buzz both at national as well as international level.

One, competition does work. One of the key value add-ons that came from the Bloomberg Philanthropies, which has partnered with the ministry of urban development (UD) for the smart cities work, was the "city challenge"- a concept wherein cities would compete against each other to access fund.

This was a significant departure from the business as usual, as all the other centrally-assisted schemes are and have been based on the concept of "allocation" wherein a sum of money is earmarked for cities/ states.

There was a lot of speculation around this "city challenge" as both public agencies and experts initially wondered about the need for cities to compete for funds, especially when the amount allocated would be a lowest 100 crore a year from the Union government.

Also read - Why Indian cities can never be smart

The results proved the sceptics wrong: 97 cities submitted the proposal and many cities worked overtime to submit a high quality proposal.

Two, consultation is key: "smart cities" is not the first national-level initiative on urban issues.

In fact, the first such major initiative was the Jawaharlal Nehru Urban Renewal Programme (JNNURM). The Rs 100,000-crore scheme, which was conceived for urban infrastructure improvement as well as to provide basic services to the urban poor in 65 mission cities, got mixed reviews.

One of the key problem areas with JNNURM was the quality of project planning as many projects never took off because of lack of proper consultation and mass local support.

The Smart City project, on the other hand, laid a great emphasis on citizen consultation with 16 out of 100 marks earmarked for it.

Cities not only used personal, focused group consultations but a lot was also done using MyGov, an online platform.

Surprisingly, cities like Bhopal, Surat and Agra led the discussions, tasks and polls part of the consultation.

Also read - Does Modi even know how to make Banaras a smart city?

Three, champions are many: the January 28 press conference by Venkaiah Naidu, the urban development minister, to announce the first round winners of the smart city challenge was nothing less than a popular reality show; while Naidu played a seasoned anchor, it was the outcome that was truly a prime-time showpiece.

Hardly anyone had expected that Bhubaneswar would surpass 99 other cities, including those from the highly progressive states like Gujarat, Maharashtra, Karnataka, etc, to become number one in this national level competition.

Madhya Pradesh, which till few years ago was part of the so-called BIMARU list, also surprised many, as it walked away with three of the top ten cites.

The cities that performed well had strong city-level leaders, be it municipal commissioners or development authority heads or even mayors in some cities. This demonstrated that champions can come in many forms and that too from unexpected quarters.

Cities are not created overnight and, therefore, to expect that within five years the smart city mission would transform these 100-odd cities would be asking too much.

Gandhinagar that was created in the 1970s is still largely unoccupied after office hours and Naya Raipur that has been under construction since 2006 and has completed many structures, yet has a handful of resident population.

As per the High Powered Expert Committee set up by the UD ministry in 2008, the investment required in urban infrastructure is estimated to be Rs 39.2 lakh crore (2009-10 prices), which is far more than the Rs 50,000 crore that the UD ministry will invest in the 100 smart cities in five years at current price levels.

The success of smart cities is, therefore, not dependent on the investment by the Union government. It will rather depend on how much it can leverage outside its own mission towards sustainable urban development.

It is fair to say that the smart city mission has made a great start by creating a right framework for planning. Now its success will depend on timely implementation with the aim of transforming substantial urban fabric.

#Modi government, #Smart city
The views and opinions expressed in this article are those of the authors and do not necessarily reflect the official policy or position of DailyO.in or the India Today Group. The writers are solely responsible for any claims arising out of the contents of this article.