IITs will waste time with a dead language like Sanskrit

Should we lose billions of man-hours looking for the principles of quantum physics in, say, Karna Parva?

The Union human resources development minister, Smriti Irani, has requested IITs to include Sanskrit as a course of study, so that the students can delve into the mysteries of ancient science as reflected in Sanskrit literature.

We won’t go into the complex history of the Indo-European family of languages, and how Sanskrit - the language of refinement and one which was used in the beginning as a spoken language, giving it a rich sonority - evolved into an exclusive brahmanical tool of power. The knowledge of Sanskrit has been as well guarded as some of Delhi’s finest clubs.

The grammar of the language was codified by the great Panini in the fourth century BCE in his Ashtadhyayi (eight chapters) possibly in a version of the Kharosthi script in the erstwhile Gandhara region. Sanskrit came to be written in Brahmi script later on.

Irani’s request has not been penned in the language she has become of late so fond of. It’s in English. There would be a Hindi version, most certainly. The reason it is not in the language it enjoins the future generations of Einsteins to study is because only around 14,000 people (according to 2001 Census) see it as their native language. This number may have marginally gone up.

Also read: Sanskrit literature was as good as internet for ancient India

The science that the minister has seen reflected in, say, Ramayana or Mahabharata, are actually stories of immaculate conceptions (virgins like Kunti giving birth to Karna), miracle babies (the way Drona was conceived in a vessel of leaves that his father used to collect his semen) and arrows (Brahmastra) with warheads presumably made of nuclear material. There is also much talk in these myths of teleportation, where vast distances are covered by the person in question in the space of a second, and smart weapons that could be recalled on a wish. 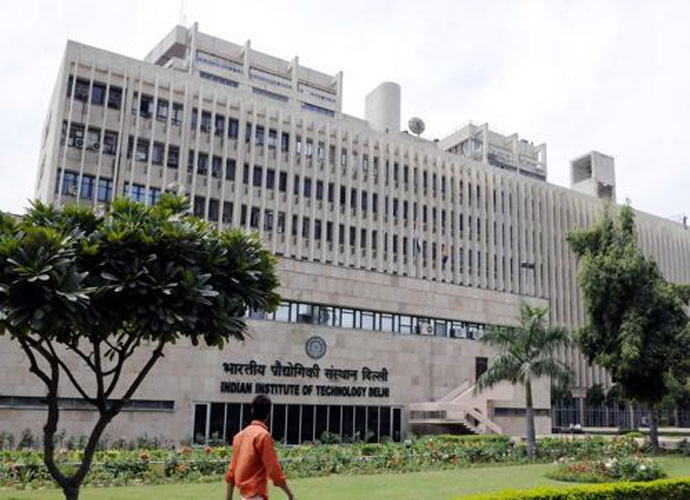 Union human resources development minister Smriti Irani has requested IITs to include Sanskrit as a course of study.

Sanskrit is the repository of these recondite wisdom. While there is a strong case that India in the past - when it was hardly India - produced geniuses like Aryabhata and Panini, to read science into the scriptures is quite like the creationism of the Christian fundamentalists.

The Creationists interpret the Genesis literally and believe the earth originated within the last 10,000 years, when scientists have proved by means of radiometric dating that the planet was formed 4.5 billion years ago.

Also read: How social media can be used to promote Sanskrit

In short, the exercise that Irani would have the bright minds of India undertake is a version of Hindu fundamentalism. The danger is the more here because an anti-Hindu version of history, specifically of science, could be construed as anti-national.

It’s true that the great scientist Robert Oppenheimer – the father of the atom bomb - watching the stark destruction in Hiroshima and Nagasaki in a black and white movie reel – said, quoting the Bhagavad Gita, "I am become death, the destroyer of worlds".

Oppenheimer learnt Sanskrit in 1933 and read the Gita in the original. Though it gave him a way of expressing what his invention led to, the science was not from the scripture.

It was based on modern particle physics that harnessed the energy of the atoms. The bombing of the two cities marked the end of the Second World War. Not the Bible, not the Quran. Not the Gita. Hitler’s love for Nazi history and Nazi science had driven a number of brilliant scientists including Einstein away from Germany. It is they who won the war for the allies.

This writer doesn’t believe Sanskrit should not be learnt. But he certainly believes a language flourishes not because it is loved, but because an economy is transacted in it, a living can be made out of it. English does precisely that. That’s why more and more people learn it. Mandarin does it. As a result, more than ever people take to it.

The big question for India, a country already a hundred years behind the West, is: should she waste billions of man-hours looking for the principles of quantum physics in, say, Karna Parva? Would there be an economy to be transacted in a great but dead language?

Alternatively, we could put the millstone of our scriptural legacy behind us, and go on to build a few good roads and toilets that flush. We need both more than ever. A nation is built by engineers. Not by its priests.

#Bhagavad Gita, #IIT, #Smriti Irani, #Sanskrit
The views and opinions expressed in this article are those of the authors and do not necessarily reflect the official policy or position of DailyO.in or the India Today Group. The writers are solely responsible for any claims arising out of the contents of this article.