Is Beijing asking India to choose between NSG and South China Sea?

Order in the disputed sea will matter far more in the long run than being in the NSG.

Sino-Indian ties have hit new lows this year, but Beijing might have a proposal to set some of that right, if the Chinese media is to be believed.

Xinhua said the path to Nuclear Suppliers Group (NSG) membership hasn't yet been "tightly closed" on New Delhi, before hoping that "India would fully comprehend Beijing's concerns" in the South China Sea.

An international tribunal set up under the United Nations Convention on the Law of the Sea (UNCLOS), last month, ruled against Chinese claims over the South China Sea.

Beijing has vowed not to abide by the ruling, prompting the US, Japan and the ASEAN to threaten action if the tribunal's order isn't enforced.

Some Indian analysts suggest the Xinhua essay was a give-and-take proposition from Beijing, amid mounting pressure from the US and its allies - NSG membership in return for India's support to China's claims in the South China Sea.

That may or may not be accurate. When asked if Beijing was looking for support from New Delhi at this year's BRICS summit, China's foreign minister Wang Yi, in Goa at the time of the article's publication, said it was "up to India to decide what position to take".

India's response to the heightened crisis in the South China Sea has been cautious and ambivalent. 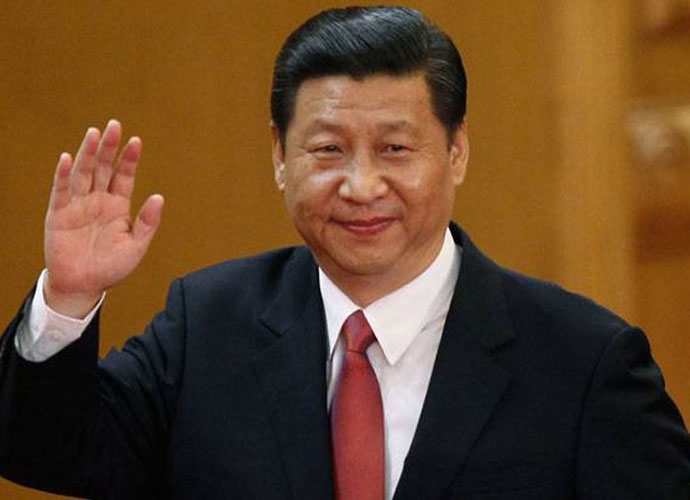 New Delhi issued a statement following the tribunal's verdict late last month, calling on parties to show "utmost respect" for the UNCLOS, but stopped short of asking for strict enforcement of the ruling itself, unlike many others.

Early this year, India reportedly turned down a US proposal for joint patrolling in the region.

New Delhi has direct interests in ensuring peace, calm and free navigation through the South China Sea; the sea carries 55 per cent of Indian trade.

But perhaps more importantly, Beijing's defiance has implications for India's own border disputes with China and its overall national security.

Even as Beijing has ratcheted up militarisation and construction in the South China Sea, India's own long-standing border dispute with China has seen a steady rise in skirmishes over recent years.

In 2010, there were 228 Chinese incursions across the disputed border, according to the home ministry. By 2013, that number went up to over 400, with over 300 such instances being reported in the first half of 2014 alone.

Also read: China must come clean on whether it considers Ladakh a 'disputed territory'

In the latest incident, this June, troops from both sides were involved in an encounter in Arunachal Pradesh after more than 200 Chinese troops were found to have crossed the disputed border.

Meanwhile, the Chinese have constructed as many as seven artificial islands in the South China Sea since 2014. According to one Pentagon report, China has reclaimed at least 3,200 acres in the disputed Spratly Islands alone (by contrast, all other claimants - Taiwan, Vietnam and the Philippines - have reclaimed just 50 acres together, according to TIME).

In an analysis of China's attitude towards its neighbours, the Center for Policy Research's strategic analyst Brahma Chellaney observed: "China is not just aiming for uncontested control in the South China Sea; it is also working relentlessly to challenge the territorial status quo in the East China Sea and the Himalayas."

But rather than launching an old-fashioned invasion, "China is creating new facts on the ground by confounding, bullying, and bribing adversaries", Chellaney wrote.

If Beijing does successfully defy the UNCLOS ruling in the months to come, there are bound to be consequences even for India's own border negotiations - and not least because it is difficult to resolve disputes with a country which shows scant regard for treaties it has signed of its own volition.

There is yet another reason for why India ought to prioritise order in the South China Sea over its negotiations with Beijing on the NSG: New Delhi can't afford to allow Beijing to use the NSG as a stick to beat it with.

China has a noted track record of presenting carrots and sticks in equal measure to its neighbours.

In an interview with the Wall Street Journal in 2014, the Center for Strategic and International Studies' Bonnie Glaser noted that the aim of Beijing's neighbourhood policy is to establish "China [as] the giver of economic benefits", while forcing countries to "accommodate to Chinese interests" in return.

Sure enough, Chinese trade figures with countries in the Far East continued to climb steadily that year, even as tensions over the South China Sea heightened.

President Xi Jinping promised to bolster port infrastructure across the region, as the Chinese-sponsored Maritime Silk Route took shape. None of that, however, abated growing Chinese militarisation of the region.

In the context of its relations with India, Beijing already has many "sticks" at its disposal: relations with Pakistan, tacit approval of Pakistan's occupation of parts of Kashmir (think of the CPEC corridor), its favourable trade deficit with India and its development of security infrastructure in parts of South Asia.

In its dealings with China over all else, New Delhi must get its priorities right. There is much to collaborate on for the two countries: India and China can and must together build banks for poor countries, create trade channels, develop infrastructure and hold fort for developing world causes.

But if for nothing else, India must help establish international order in China's neighbourhood for the sake of its own security.

Post your comment
#NSG, #South china sea
The views and opinions expressed in this article are those of the authors and do not necessarily reflect the official policy or position of DailyO.in or the India Today Group. The writers are solely responsible for any claims arising out of the contents of this article.

The author is a student of international affairs at Columbia University and a foreign affairs columnist.