South China Sea on the boil. What should India do to tame the Dragon?

Unless India lends its voice and support to the cause of smaller regional states, China will continue to advance its claims primarily on account of its ‘might is right’ strategy.

The South China Sea is back in the news as tensions have grown in the last few weeks over incidents between Chinese, Vietnamese and Philippine ships.

China’s expansive maritime claims are becoming too difficult to ignore and there is now a robust pushback from regional states with some support from the US. Chinese manoeuvring in energy-rich stretches of the South China Sea, including its standoff in Vietnam’s Exclusive Economic Zone (EEZ), figured prominently in the10-member Association of Southeast Asian Nations (ASEAN) Foreign Ministers’ meeting in July. Its final communiqué made it clear that “concerns were expressed by some ministers on the land reclamations, activities and serious incidents in the area.” Vietnam is not too pleased with China's maritime activities on the South China Sea. (Photo: Reuters)

However, Wang Yi, China’s top diplomat, warned outside countries not to “deliberately amplify such differences or disputes left from the past” even as he underlined progress on an eventual Code of Conduct with the ASEAN. China claims large parts of the South China Sea through which roughly $3.4 trillion in shipping passes each year which are contested by countries including Malaysia, the Philippines, Taiwan and Vietnam.

In an alarming shift in China’s historical position on the issue, the South China Sea has been termed as a “core interest” by Beijing since 2010 which is non-negotiable. Since then, China has tried to gradually alter the ground realities in this maritime space by aggressively building artificial islands and militarizing them.

The US was late to recognise the challenge posed by China and, under the Trump Administration, it has been very vocal about its stakes. It has been more assertive in conducting freedom of navigation operations (FONOPS) and in supporting regional states. At the recent ASEAN meet too, US Secretary of State Mike Pompeo spoke against Chinese “coercion” of Southeast Asian neighbours in disputes over the South China Sea and its dam-building on the Mekong River. He urged regional allies to speak out against Chinese coercion in the South China Sea. Earlier, he said that Chinese dam-building had caused decade-low water levels in Mekong River’s lower basin in Southeast Asia.

This US-China tussle is happening at a time when ties have taken a nosedive, owing to a trade conflict with the US imposing an additional 10 per cent tariff on $300 billion worth of Chinese imports starting September 1. The United States has called out China for aggressive maritime tactics too. (Photo: Reuters)

But regional states are still trying to come to terms with China. The Philippines confirmed that five Chinese warships passed through Manila’s 12-mile territorial sea in July, without notifying the government. It also lodged a diplomatic protest to China over its vessels surrounding the tiny Philippine-held Thitu island. Earlier, a Chinese fishing boat sinking a Filipino vessel in June inside the Philippines’ EEZ, which Beijing claimed was an accident.

A Chinese coast guard ship was also found near an oil rig on Malaysia’s continental shelf in May. And then a Chinese survey ship, supported by other vessels, was found conducting activities near an oil block that lies within Vietnam’s EEZ, leading to one of the most serious standoffs since 2014. Vietnam demanded that China remove the survey ship from its waters near an offshore oil block. It was supported by the US which condemned China for “bullying behaviour” and “provocative and destabilising activity.” Interestingly, the Russian state oil firm, Rosneft, is operating an oil block within the contested territory in Vietnam. Given the growing closeness between Russia and China, it remains to be seen if Russia will take a proactive stance on this issue.

Chinese assertiveness in the region, of course, has to be seen in the broader context of Beijing trying to gradually assert its sovereignty over the maritime space. But its recent activities are also an acknowledgement that America’s Indo-Pacific strategy is gaining traction with the ASEAN itself coming out with an Indo-Pacific outlook. 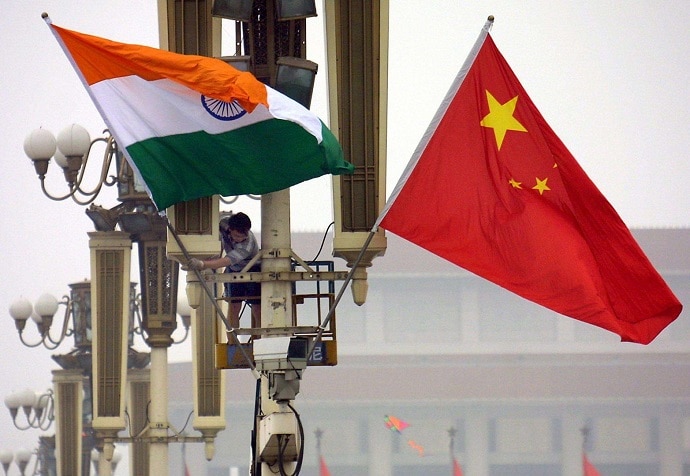 India’s silence on the issue is highly unlikely to win it a lasting friendship with China. (Photo: Reuters)

For a nation that doesn’t like the Indo- Pacific construct, this must be a difficult reality to adjust to. It is, therefore, trying to become more aggressive in ensuring that regional states do not develop foreign partnerships in developing offshore energy reserves or carry out energy exploration activities, as this will limit its diplomatic space to manoeuvre.

So far, New Delhi has not come out with an official response despite Vietnam reportedly briefing it of the developments in the South China Sea. It may be that India is seeking to play it down given its larger interest in a rapprochement with China, but given India’s claims to being an Indo-Pacific power and its commercial interests in the region, this may be short-sighted.

Unless India lends its voice and support to the cause of smaller regional states, China will continue to advance its claims primarily on account of its ‘might is right’ strategy, disregarding international law and marginalising fundamental principles of state behaviour. If India refuses to speak up at a time when the region is boiling, its future pronouncements on free and open Indo-Pacific would be viewed as mere platitudes. India’s silence is highly unlikely to win it a lasting friendship with China but has the potential to do it some lasting damage.

Post your comment
#Taiwan, #China, #Us china trade war, #Vietnam
The views and opinions expressed in this article are those of the authors and do not necessarily reflect the official policy or position of DailyO.in or the India Today Group. The writers are solely responsible for any claims arising out of the contents of this article.