The undeserved privilege of a 'United States of South India'

A friend of mine recently shared a well-circulated online article on the need for a "United States of South India".

According to the article, south India, with only 20 per cent of the country's population, generates 30 per cent of India's tax revenues. This and other statistical facts convinced the writer that south Indians should unite and demand more.

As expected, the piece got many south Indian software engineers worked up and raise their voices during lunch hours and coffee breaks. The only problem was that their call to arms was neither in the same language nor united.

This was not the first time we have come across such an argument.

But then the campaign could not last long once internal bickering and declining public support saw most regional political parties searching for compromise with Delhi, once they realised that they were being kept away from the big game of national politics.

In a more contemporary scenario, we often hear people in Mumbai use the same dangerous argument.

But fortunately like everything else, people in the cities often forget issues as fast as it takes rainwater to recede from the pothole-ridden roads.

Though the cycle continues every year. 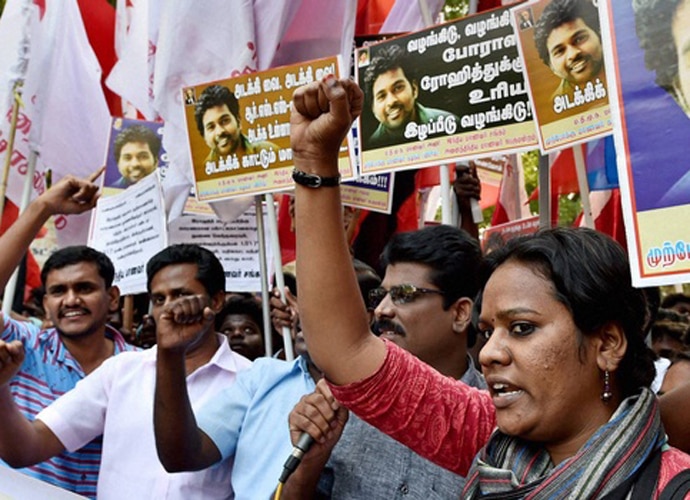 The fundamental issue with this demand for a "Union-of-sorts" for the southern states is that it unintentionally reveals the privileged, urban, upper caste, middle class ideology that exists among us.

The middle class in this country, which feels liberalisation is the greatest event in the history of India since Manusmriti was written, has often used economic statistics and meritocracy as its refuge to camouflage its casteist and classist mentality.

The cocktail was made stiffer by adding rapid urbanisation over the last few decades and the greed that comes along with it.

This call for unity, if ever realised, will not just be opportunist in nature, but also very short-lived.

This rich boy's club will be based on the bedrock of capital gains and not that of inclusive, all-round growth. It will always be guided by the principle of rich man should get more.

This approach conceived in the urban centres will by default overlook the interests of the marginal communities.

Sooner than later, the policy will further divide the southern Union; economic hubs like Bangalore, Hyderabad, Amravati (if and when it gets constructed by wasting extremely fertile land), Chennai, Coimbatore and Kochi will start complaining about their share of revenues.

People residing in these cities will base their argument that they deserve a larger share of the pie because they earn more.

These cities will overlook the fact that the food they eat, the labour they use - all come from areas outside their commercial hubs.

It is a tragedy of monstrous proportion that almost 70 years since independence, our villages, which were once our pride, have now been reduced to the status of areas housing second-rate and utterly neglected citizens.

This ideology will only give rise to regional economic bullies who will be self-serving in its purpose.

South Indian states may want to model themselves on the lines of European Union, but they forget that respect for human rights and basic civil liberties shines through the founding values of EU.

Despite it being first off the block largely due to historical advantages it got under the British Raj, south Indian states still regularly spew incidents of hatred and ignorance.

Very often you hear the agrarian distress in Karnataka and the State's role in trying to push the farmer community to the corner, while in neighbouring Telangana, you still hear tales of the State's atrocities while dealing with tribals who took up arms, when they realised that a unified Andhra could never look beyond the IT wizardry of Hyderabad.

In Tamil Nadu, Dalits can still be murdered in broad daylight for daring to wed outside their communities.

While in Kerala segregated churches for converted Dalits, a strict no entry in temples for non-Hindus and RSS turf battle with the Left and Muslim organisations have left the tiny state more fragmented than ever before.

They may say that it is still better than the north, but a society should always measure itself against a higher, more evolved society to really understand where it stands on the metrics of morality.

The argument in the article, stating that who earns more, deserves more may sound great if spoken in a corporate board meeting, but running a Union on this principle will be a disastrous wish.

A country as large as India will always have some region or community, which continues to work at a laggard pace.

There is also no denying that political and bureaucratic set-up of this country made sure that certain states saw worse times than those from sub-Saharan region.

But a nation is destined for doom if it forgets and leaves behind its weak, disfranchised, minority, fringe and suppressed communities because of their lack of means; an ailment which originates in centuries of discrimination by upper castes.

A society can never be called truly developed until its weakest don't get empowered enough to get their voice to reach the highest office.

But one needs to understand that there is a financial cost to this empowerment and that somebody will have to foot this bill.

#South India
The views and opinions expressed in this article are those of the authors and do not necessarily reflect the official policy or position of DailyO.in or the India Today Group. The writers are solely responsible for any claims arising out of the contents of this article.

The writer is a communications specialist. His views are personal.